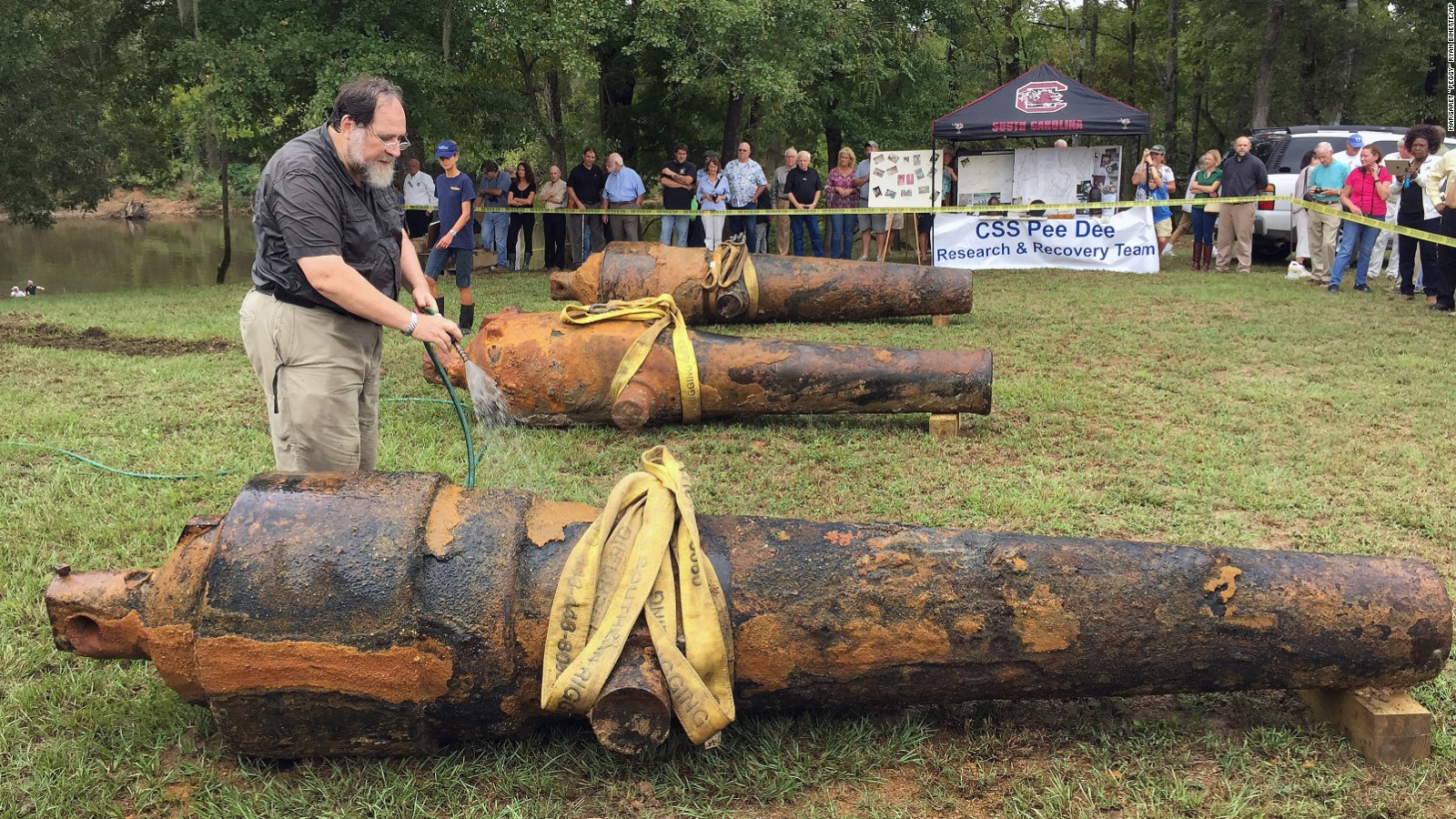 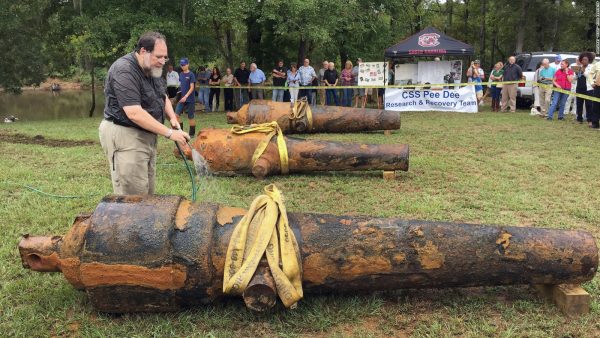 In the wake of the murder of Christians in Charleston, South Carolina, Marxist liberal fascists sought to remove the Confederate flag from everything from the Amazon marketplace to the Dukes of Hazard’s General Lee, even going so far as to start digging up dead Confederate Generals, calling for the sandblasting mountains and removing monuments. So, I’m wondering where all the hoopla will be when they find out that two Confederate cannons were discovered at the bottom of the Great Pee Dee River near Florence, South Carolina.

…a team of underwater archaeologists from the University of South Carolina raised three Civil War cannons from the bottom of the Great Pee Dee River near Florence.

They help tell a story about what happened right there during the Civil War 150 years ago.

All three cannons were artillery aboard the CSS Pee Dee, a gunboat used to protect the coast at the Mars Bluff Navy Yard. When commanders worried the boat might fall into enemy hands, they ordered the cannons to be thrown into the river and the ship to be set on fire.

I always find discoveries like this amazing and learn something of history in the process. The first two cannons were discovered in 2009, followed by the last one in 2012. The area had been searched for more than 20 years to try and find these pieces of history.

World War II Veteran Catesby Jones, who great-grandfather made the two Booke Rifle Cannons in Selma, Alabama in 1863 was thrilled with the find.

“I’ve been all over the country seeing these other tubes that were made in Selma, I’ve seen – now that I’ve seen these two I’ve seen all of them,” he said.

According to the report the cannons will sit in preservation tubs for two years at the Warren Lasch Conservation Center in North Charleston before being displayed outside the newly constructed Veterans Administration building in Florence County.

I hope they do, but in light of the fact that one Veterans Affairs medical center actually had an artist remove a Confederate flag from a War of Northern Aggression mural, it would not surprise me in the least that someone, maybe even Governor Nikki Haley, will demand that we don’t need to display these pieces of American history because they may offend someone. Until then, these are remarkable pieces of history that remind us of where we have been.

Now, if people were more like H. K. Edgerton and would just understand the real tyranny that was going on at the time of the War, we all might be better equipped to fight the current tyranny in our land.