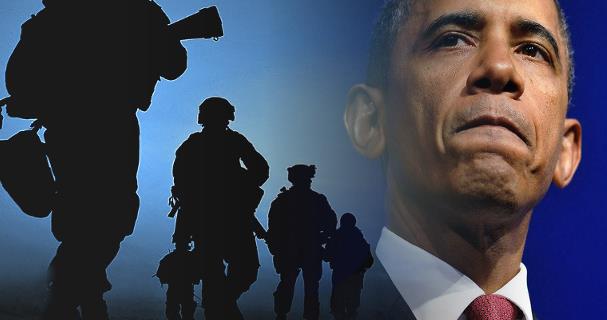 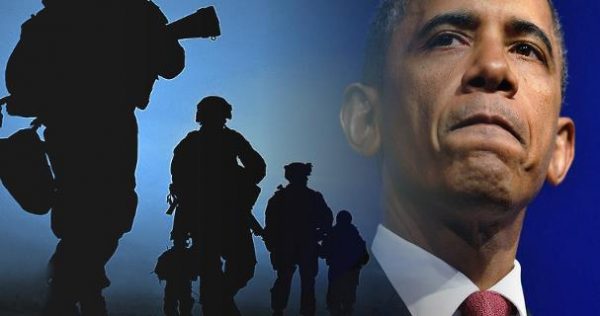 Many people are aware, and still many aren’t, that under Barack Hussein Obama, America saw its first National Defense Authorization Act (NDAA) that defied the Fifth Amendment and allowed for the indefinite detention of people on US soil without due process of law. The backlash from that was that several cities, counties and states fashioned their own nullification laws against the NDAA‘s indefinite provision. Recently, the House of Representatives passed the 2016 NDAA, and once again, not only did they fail to provide language that would stop indefinite detention, but Barack Obama has threatened to veto it, which will effectively stop the funding of our national defense, but not for that reason.

By a vote of 270-156, the House passed the bill and the Senate is expected to take a look at it this week.

President Obama has issued a veto threat against the bill, which senior administration officials warn he will follow through on. Defense Secretary Ashton Carter said Wednesday he has already recommended that the president veto it.

The White House and Democrats oppose the bill because it would authorize spending levels in accordance with a Republican plan to boost defense spending, but leave federal spending caps in place on nondefense spending.

The bill would authorize $612 billion for the Defense Department — the same amount the White House has requested — but it would leave budget caps, known as sequester, in place and funnel $38 billion through a war fund not subject to the caps.

The White House wants Congress to lift the caps on both defense and nondefense spending, and instead put the $38 billion into the Pentagon’s base budget.

Obama is threatening to veto the bill because he isn’t going to have all that money that he can fund his fellow jihadists, who are not a part of the nation’s defense. In addition, he will be stopping funding to our military personnel.

There is another aspect of NDAA. Consider that Senator Rand Paul (R-KY) attempted to put in a provision that would put a halt to the NDAA indefinite detention. From a press release by the Kentucky senator:

The amendment aims to end ongoing legal ambiguities by affirming and strengthening the principles behind the Non-Detention Act of 1971.

“The indefinite detention of a U.S. citizen without due process is fundamentally un-American. Our founding fathers believed so firmly in the right to trial by jury that they enshrined it in the body of the Constitution, and again in the Sixth Amendment,” Sen. Paul said. “We can and will vigorously investigate and prosecute all who seek to do us harm, and we can do so while respecting the constitutional liberties of American citizens.”

And lest you think Paul is out of line, he received support for his amendment from several in the Senate, including Senator Ted Cruz (R-TX).

“The Constitution does not allow President Obama, or any President, to apprehend an American citizen, arrested on U.S. soil, and detain these citizens indefinitely without a trial,” said Sen. Cruz. “That’s why I have consistently supported measures to prohibit indefinite detention in the NDAA. The Due Process Guarantee amendment will prohibit the President’s ability to indefinitely detain U.S. citizens arrested on American soil without trial or due process. While we must vigorously protect national security by pursuing violent terrorists and preventing acts of terror, we must also ensure our most basic rights as American citizens are protected.”

I wish the amendment would have passed, but it didn’t. Still, the issue of funding the nation’s defense is the hot topic.

One House Republican aide said that since the NDAA had first passed 50 years ago, it had only been vetoed four times, but in each case, a compromise was found. “This is the first time that the commander in chief will sacrifice national security by vetoing a bill that provides pay and benefits for our troops, as leverage for his larger domestic political agenda,” the aide said.

“This bill is good for the troops and it’s good for the country, and that ought to override everything else,” said House Armed Services Committee Chairman Mac Thornberry (R-TX).

But is it good for Americans is a question that must be asked. What are people like Rand Paul, Ted Cruz and Mike Lee seeing about the indefinite detention provisions that others are either not seeing or blatantly ignoring?

Frankly, the capping of funds is a good provision and there should be accountability seeing as to how this administration has funded, trained and given weapons to our enemies. It is also important to note the difference between what is actually defense spending and that which funds a large portion of what our military does that is in essence nation building. Former Texas Congressman Ron Paul attempted to educate the American people about this during his 2012 presidential run. Sadly, many people failed to understand the difference.

And to prove the point concerning the extra funding, the bill also includes providing arms to Ukraine.

Lt. Col. Allen West wrote that Obama’s willingness to veto the bill now that we are already into fiscal year 2016, “tells the story of one who possesses an indescribable animus towards his own country. It reflects a mentality that this country has not EVER seen. And it evidences a type of presidency we must ensure never again occupies the White House.”

“What amazes me?” the former congressman asked. “It’s that Obama does whatever he wants, and no one — media, politicians — has yet shown the moral courage, the strength of character and the conviction to confront him and convey a simple message. You, President Barack Obama are betraying our country and not obeying the oath of office you took. This is unconscionable, despicable and unacceptable — and those are the words a true American Speaker of the House would use.”

I’m amazed too as Republicans have had several years to bring just one article of impeachment against the traitor-in-chief and yet they have merely engaged in politics, assisting him at almost every turn rather than bringing justice upon his head.

I say let him veto the bill and then come back and override his veto, only add in the Paul amendment. That should do the trick.