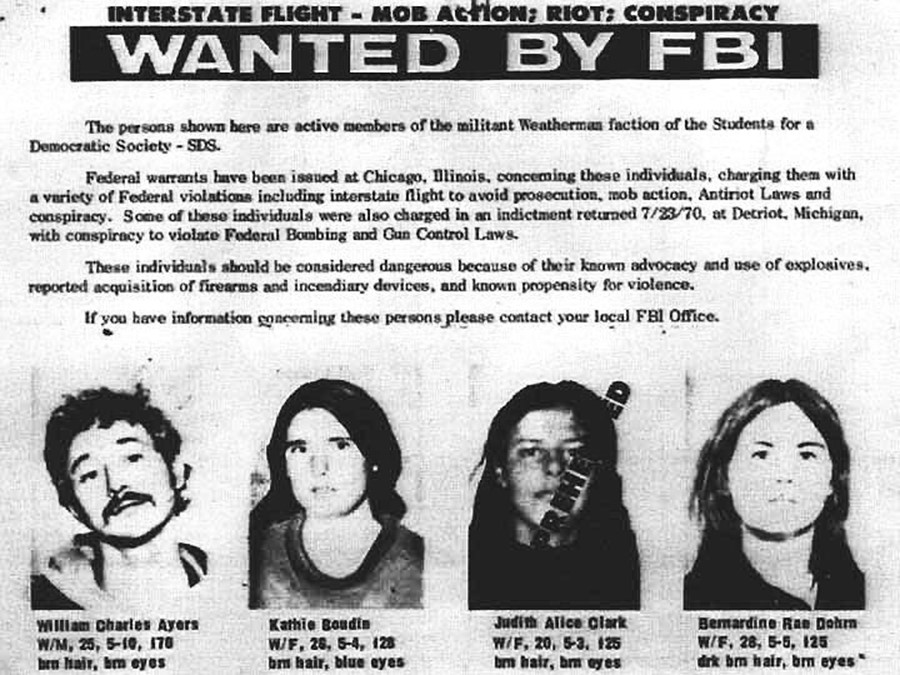 On Friday, domestic terrorist and bomber Bill Ayers, the self-proclaimed author of Barack Hussein Obama’s book Dreams from my Father, made it known that he was available for the position.

Ayers tweeted out, “I’m officially available to be the next Secretary of Education. Call POTUS. We need a radical new direction. Free people/ free minds!”

I'm officially available to be the next Secretary of Education. Call POTUS. We need a radical new direction. Free people/ free minds!

What Ayers actually means is that we need a domestic terrorist in that position who will enslave minds through Marxism and Common Core, a curriculum that even a Chinese migrant to the united States recognizes as Communist in origin! Consider that we are talking about this Bill Ayers:

One has to wonder why this fool was not executed for his crimes. What crimes, you ask? In 1970, Ayers’ then-girlfriend Diana Oughton, along with Underground Weatherman members Terry Robbins and Ted Cold were attempting to detonate a bomb at a dance that was to be attended by hundreds of Army soldiers at Fort Dix, New Jersey. Fortunately, the idiots constructing the bomb, namely Oughton, Robbins and Cold were killed when the bomb exploded unexpectedly.

Ayers and his accomplices had formerly been destroying properly without attempting to kill anyone. However, it’s clear from his own testimony that he expected to murder many people in this attack. Ayers said the bomb would have been “tearing through windows and walls and, yes, people too.”

Ayers then ran from the FBI with Bernadine Dohrn, who became his girlfriend and still sticks by him, before finally surrendering in 1980.

What did Ayers and Dohrn get for their criminal activity? Nothing, a big fat nothing! Why? Because proper procedure had not been followed per the Constitution in obtaining a warrant for surveillance. See how important that Fourth Amendment is?

And just how did Ayers respond to getting off scot-free? I’m “Guilty as sin, free as a bird. America is a great country.”

In 2001, Ayers would later declare that America was not a great country, but rather “What a country. It makes me want to puke.”

Ayers would later come to realize that he could not change things via terrorism, and so he cut his hair, put on a suit and started teaching at the university. The results are what we see in the up and coming generation who have been indoctrinated with Marxist philosophy. No doubt, Ayers wants to continue this ideology much earlier in America’s children than at the university level.

Though Ayers has told the American people that Obama is indeed a foreigner and, therefore, not eligible for the office that he is currently in, and though he has said the Barry should be tried for war crimes, Ayers is more than willing to go serve under the current usurper and criminal-in-chief as Secretary of Education.

The question that must be asked and the conclusion assumed is that Barack Obama not only will consider him for the position, but may likely nominate him.