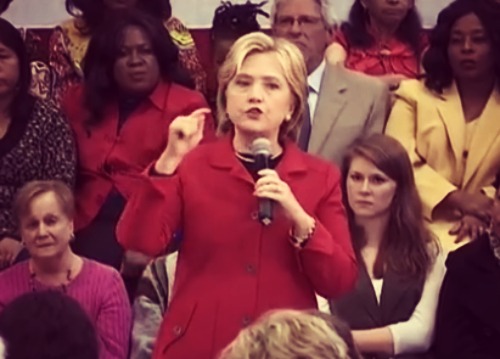 Hillary is parading around the campaign trail with her new gun control initiatives; she’s already happily floating the idea that she’ll bypass Congress and pass gun control legislation with executive orders as president… and she’s not even the actual nominee yet (we know she will be, but still).

One bit of legislation she is pushing for will make it so that victims of gun violence and their families can sue gun manufacturers.

Yes. Because every company that makes any product in America should be afraid that at any moment, they will suddenly be held responsible and financially liable and possibly driven out of business if a random customer uses their product in an illegal manner.

Following that logic, here are some examples of legislation Hillary is not pushing for:

The list could go on and on… but the logic will never be found.

I mean, we live in a country where the numerous victims of vaccines can’t even directly sue the companies who make the vaccines that harmed them when the vaccines were used as per the directions on the label. Why? Congress passed the National Childhood Vaccine Injury Act of 1986 as a matter of national security to keep vaccine companies from going out of business over lawsuits.

But Hillary wants us to live in a country where people can sue a company when someone else illegally misuses their products because… gun control.