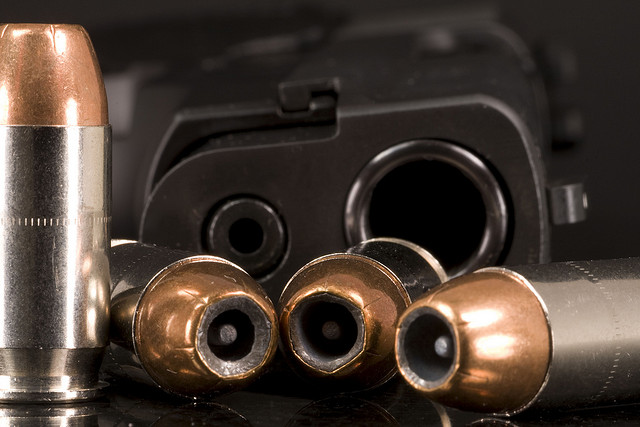 PROFESSOR “DREAMS” OF DISARMING ALL AMERICANS

(INTELLIHUB) — In yet another example of the real liberal gun control agenda, a recently published CNN op-ed has called for “getting rid of guns in this country, once and for all,” by making it a felony to posses any handgun or “assault” rifle.

This latest direct attack on the 2nd Amendment in the mainstream media comes from liberal poet and Middlebury College professor Jay Parini who makes it crystal clear that many on the left aren’t simply pushing for “common sense” reform but rather directly going after all firearm ownership in America.

Using Donald Trump as the starting point, Parini attacks the billionaire Republican presidential candidate for daring to suggest that certain people in schools should be armed in order to help prevent another mass shooting.

The insanity that Donald Trump embodies in his unique dash for the White House became all-too-obvious this past weekend when he suggested that teachers at Umpqua Community College in Roseburg, Oregon, should have been armed and waiting. He complained that this college was “a gun-free zone.” At a campaign stop in Tennessee, he added: “Let me tell you, if you had a couple teachers with guns in that room, you would have been a hell of a lot better off.”

We can hope this his shoot-from-the-lip nonsense will accomplish two things: Put a stop to this man’s political pretensions and, more importantly, draw attention to the madness of guns in this country.

Like a good liberal Parini wants to force the entire country to rely on government forces to protect them because of course that is only “common sense.”

The article continues on ranting about how bad Trump is and how awful American gun ownership has always been while also getting in a couple of jabs at the Supreme Court because a liberal college professor definitely knows more about the Constitution and what is good for the country than the nations highest court.

Eventually Parini gets to the crux of his and the many who share his views on the left’s agenda which is the confiscation of millions of legally owned firearms under the threat of government attack and subsequent outlawing of all handguns and rifles.

Let me dream for a moment: I would much prefer to live in a country where only hunters who pass appropriately strict tests for mental competence and a knowledge of gun safety can still acquire rifles that are appropriate for hunting. Handguns and assault rifles would be banned, period.

Banned. Period. There you have it folks, CNN letting a hard left authoritarian use their platform to “dream” about disarming America. It gets worse.

So let’s get rid of guns in this country, once and for all, making it a felony to possess a handgun or assault rifle. Over a period of years, illegal guns will gradually disappear. Guns don’t kill people, as they say. People who acquire guns — legally or illegally — do. And we should make it extremely difficult for them to get their hands on these weapons.

As I and many others have reported for years, the liberal gun control agenda is not about any common sense (or whatever other buzzword is being used) reform but rather it is directly about confiscating and then outlawing almost all gun ownership in the country.

This latest open admission of the real agenda of the gun control zealots is simply one more example of the multitude of reasons why any sane supporter of the 2nd Amendment should believe that any gun control legislation drafted in the future is about eventually confiscating and then banning all firearms regardless of what pretty language is used to trick naive supporters.

For example, in the wake of the recent Oregon school shooting, multiple prominent liberal news outlets ran articles promoting the Australian approach to gun control while floating the idea that it should be implemented here.

Of course, those articles failed to mention what that would actually mean for the millions of Americans who own legal firearms considering Australia implemented a mandatory buyback program. (see confiscation)

“Despite the fact that for years gun control groups and anti-gun liberals have claimed that they only want “common sense” gun control, news outlets such as Salon and Slate are once again openly praising Australia’s controversial 1996 gun control law, a law that included a mandatory gun buy back program under the threat of government force.

Make no mistake, when outlets like Salon and Slate call for Australian gun control in America they are calling for gun confiscation under the threat of government coercion and conflict as well as openly admitting that they are willing to risk an all out civil war in order to achieve this agenda.”

You can add CNN and Jay Parini to the list of those willing to risk an all out civil war to push their ideological agenda.