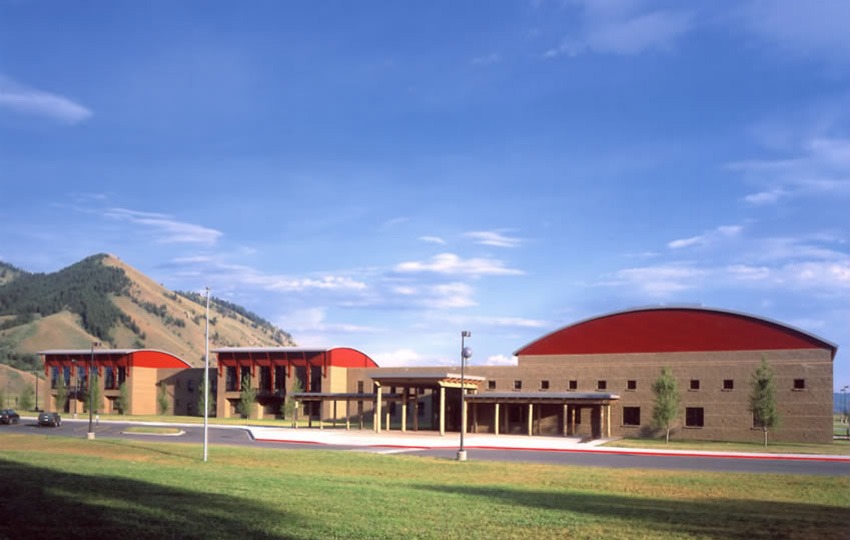 Who needs the government to infringe on the rights of people when misguided activities directors at public indoctrination centers are more than willing to do it? Jackson Hole High School in Jackson Hole, Wyoming has decided it will not celebrate “America Day” this year as they have in years past because they don’t want to offend certain students.

In years past, the school showed their patriotism by wearing American flag attire and riding around on a diesel truck with the stars and stripes around homecoming time. But that won’t be happening this year, at least not with any school approval.

Activities Director Mike Hanson is the one who is putting stop to the event this year.

It’s America Mr. Hanson! How is wearing and celebrating America not making people feel welcome? Unless you are ashamed of our history and our foundations. If people are here in America, they should be thankful, not offended.

Thankfully, some kids aren’t going to be told not to celebrate being in America. One father, Ted Dawson took to Facebook to show how his kids responded to the “ban” of “America Day.”

“It’s homecoming week and our school administration thought it was too “offensive” to have an America Pride Day!” Dawson wrote. “So this is my kids answer to that! Where have we gone so wrong! I don’t care what race or religion you are, you live here, benefit from the schools, enjoy tax benefits or whatever- your [sic] an American or at least you better be!”

It's homecoming week and our school administration thought it was too "offensive" to have an America Pride Day! So this…

Other young people at the school were not hindered either and continued to don red, white and blue apparel on Wednesday, according to the Jackson Hole News & Guide.

Principal Scott Crisp told the news outlet, “Three times as many students indicated that they were not in support of selecting the title ‘America Day.’ I’m charged with looking at a school with 660 kids, and I have to ensure that all those kids feel part of a student body. Regardless of the name of the day, we want to ensure that activities of the week … bring our students together holistically as a student body.”

First of all, we need to know exactly what “three times as many students amounts to.” Was it 30 instead of 10? 12 instead of 4? What are the numbers? I’m guessing they are pretty insignificant.

Additionally, Hanson said they were doing this also as a safety measure. Canceling a celebration of America is now something that must be done to “be inclusive and safe”? Safe from whom? It seems to me that if you believe someone is offended enough by American patriotism that they will resort to violence, the issue is not to cancel “America Day,” but to keep an eye on those you presume will become violent.

The only people who would be offended by America Day would either be illegal aliens or Muslims. Last year, a federal court said that students in Northern California can’t show US flags on their shirts during Cinco de Mayo because it might upset Hispanics, and no I’m not referring to Hispanics who are here in the States legally nor those who are natural born citizens of the united States. Additionally, we know that Hamas-CAIR (Council on American-Islamic Relations) not only demanded and got special prayer privileges for Muslims students, but then hypocritically turned around and attacked an off campus Bible study for students.

Good for these kids who took a stand and would not bow to the political correctness of their spineless, older instructors.

This is just one more reason why parents should teach and train their own children as God directed in Deuteronomy 6. For those who are convinced, click here to begin doing just that for free.