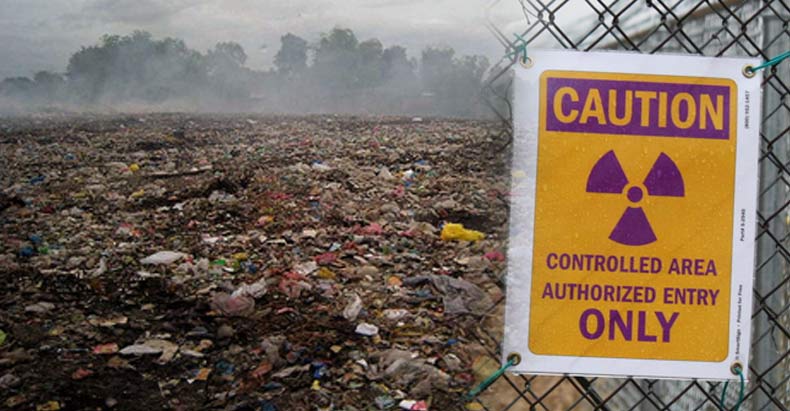 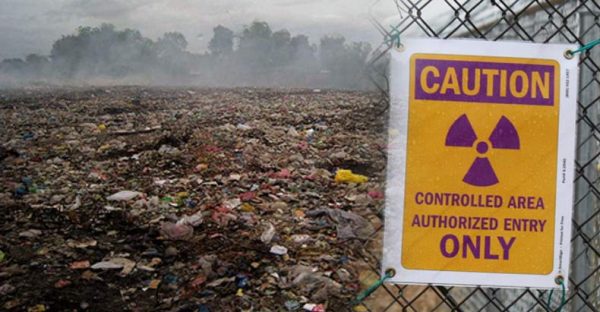 According to an emergency plan recently distributed by St. Louis County officials, a fire at the Bridgeton Landfill is now within 1,000 feet of a nuclear waste dump. The landfill fire has actually been burning for over 5 years, and they have been unable to contain it thus far.

There are clouds of smoke that have been billowing from the site, making the air in parts of St. Louis heavily polluted. In 2013, Missouri Attorney General Chris Koster sued Republic Services, the company responsible for the landfill, charging the company with neglecting the site and harming the local environment.

Last year, city officials became concerned that the fire may reach the nearby West Lake Landfill, which is littered with decades worth of nuclear waste from government projects and weapons manufacturing. Remnants from the Manhattan Project and the Cold War have been stuffed there for generations. The site has been under the control of the Environmental Protection Agency (EPA) since 1990, but they have not made any significant effort to clean up the waste.

Although the fire has been burning for over 5 years and the city began making evacuation plans last year, they didn’t tell the public until this past week, when they leaked the emergency plans to local news station KMOX.

According to the emergency plan, if the fire reaches the nuclear waste site, “there is a potential for radioactive fallout to be released in the smoke plume and spread throughout the region. This event will most likely occur with little or no warning,” the plan notes, listing the municipalities directly affected as Bridgeton, Hazelwood, Maryland Heights, the Village of Champ and the City of St. Charles.”

County Executive Steve Stenger has promised that the emergency plan is “not an indication of any imminent danger,” but with a fire just 1000 feet away from a nuclear waste site, the danger does seem imminent for many of the city’s residents.

“It is [the] county government’s responsibility to protect the health, safety and well-being of all St. Louis County residents. None of this is meant to be alarmist, but you have to be prepared,” Stenger said in a statement.

However, this week Koster told the Associated Press that the fire is even closer to the contamination zone than the city officials have even estimated because the radiation extends beyond the walls of the site.

The emergency plan provides very basic options for people to either evacuate the city or stay sheltered in their houses. Aside from saying that nuclear contamination can spread through the area in plumes of smoke, there was little mention in the report about what they actually expect to happen. Also alarming, is the fact that while there is an evacuation plan, there has been no plan proposed to actually stop this, or clean the mess up. It seems that the local government and the EPA are just hoping for the best as the fire continues to spread.

John Vibes is an author, researcher and investigative journalist who takes a special interest in the counter-culture and the drug war. In addition to his writing at TheFreeThoughtProject.com and activist work, he organizes a number of large events including the Free Your Mind Conference, which features top caliber speakers and whistle-blowers from all over the world. You can contact him and stay connected to his work at his Facebook page. You can find his 65 chapter Book entitled “Alchemy of the Timeless Renaissance” at bookpatch.com.