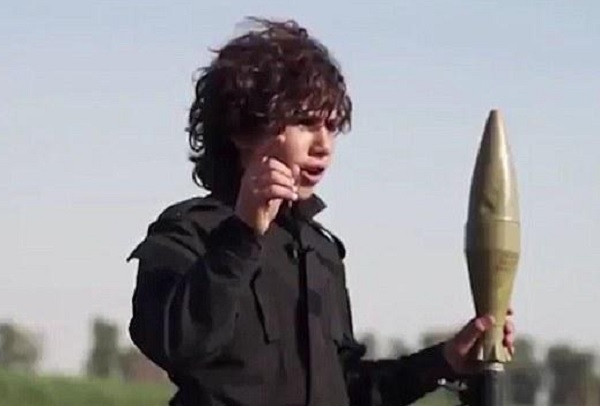 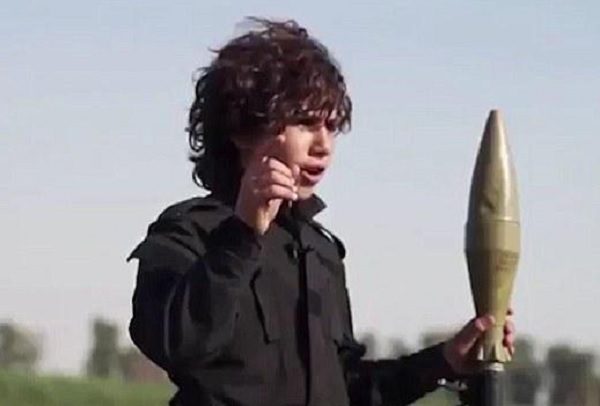 ISIS continues to show why they are, today, the world’s most terrifying group of terrorists. In a video message addressed to President Obama, a young boy delivers a harrowing and direct message: submit or ISIS will cut of your heads.

The video message shows a young boy of about 10-years old standing facing the camera while holding a rocket launcher. The boy then gives praise to the Muslim god before delivering his pointed, violent, and disgusting message to President Obama.

“A Message to the Dog of Rome, Obama.

If you think your soldiers will enter the land of the khilafah and pollute it with their filth, then you’re dreaming.

Wake up from your sleep and pay the jiz’ yah (religious tax) in submission before the swords of the khalifah (caliphate) reach you and cut your filthy head.”

When I first saw this video, my first reaction actually surprised me.

I immediately understood that ISIS was threatening to come to America to kill us if we fail to submit to them… but the first image that popped into my head was from the old movie Casablanca.

In the scene, the Nazis are questioning Rick when they wonder how he would feel if the Nazis invaded New York.

Rick: I was born in New York City, if that’ll help you any.

Maj. Strasser: I understand you came here from Paris at the time of the occupation.

Rick: There seems to be no secret about that.

Major Strasser: Are you one of those people who cannot imagine the Germans in their beloved Paris?

Col. Heinz: Can you imagine us in London?

Rick: When you get there, ask me.

Major Strasser: How about New York?

Rick: Well, there are sections of New York, major, that I wouldn’t advise you to try to invade.

ISIS would do well to remember Rick’s warning – there are certain parts of the USA you may not want to invade.

9-11 proved that we are vulnerable—we can be hurt; but it’s a mistake for ISIS and their Islamist friend to think that the average American will just roll over in the face of terrorism. We won’t. No matter how many scary kids with rocket launchers they send.