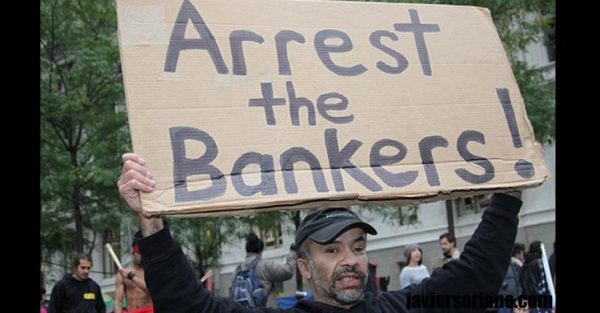 The next wave of the greatest financial crisis may soon be upon us.

When the music stops, and loans everywhere on cheap and easy credit are called, far too many nations, businesses and individuals will be suddenly and violently unable to repay their debts — particularly in the developing world.

The results are likely to be catastrophic, and the weight of the bad debts may well be enough take down the rest of the world with it. This is no small problem, and it is not clear if there is a solution.

London Guardian writer Will Hutton issues a stark warning that “the world economic order is collapsing and this time there seems no way out.”

According to the Guardian:

Europe has seen nothing like this for 70 years – the visible expression of a world where order is collapsing. The millions of refugees fleeing from ceaseless Middle Eastern war […] Yet there is a parallel collapse in the economic order that is less conspicuous: the hundreds of billions of dollars fleeing emerging economies, from Brazil to China, don’t come with images of women and children on capsizing boats. Nor do banks that have lent trillions that will never be repaid post gruesome videos…

Capital flight and bank fragility are profound dysfunctions in the way the global economy is now organised that will surface as real-world economic dislocation.

The heart of the economic disorder is a world financial system that has gone rogue… banking’s power to create money out of nothing has been taken to a whole new level… cash generated out of nothing can be lent in countries where the economic prospects look superficially good. This provokes floods of credit, rather like the movements of refugees.

The false boom that follows seems to justify the lending. Property prices rise. Companies and households grow overconfident about their prospects and borrow freely. Economies surge well above their trend growth rates and all seems well until something – a collapse in property or commodity prices – unravels the whole process. The money floods out as quickly as it flooded in, leaving bust banks and governments desperately picking up the pieces.

It is clear enough that the whole thing is a farce, perhaps meant to collapse. There is not one honest broker, or one responsible guardian in the whole lot of them.

Borrowing countries used cheap credit to offer absurd promises to their people, or cover other losses, while bankers and other vultures have been all too happy to prey upon these vulnerable nation-states on the way up and down of this crisis.

Interestingly, analysts break this financial crisis into three acts, with 2008 just a prelude to the more recent trouble in Europe — with the collapse of third world part of the spectacular and terrible finale:

Andy Haldane, Bank of England chief economist, describes the unfolding pattern of events as a three-part crisis. Act one was in 2007-08 in Britain and the US. Buoyed for the previous decade by absurdly high inflows of globally generated credit that created false booms, they suddenly found their overconfident banks had wildly lent too much…

Act two was in Europe in 2011-12, when it became obvious that the lending had been made on the incorrect assumption that all eurozone countries were equal. Again, money flooded out and Europe only just held the line with extraordinary printing of money by the European Central Bank and tough belt-tightening measures in overborrowed countries such as Portugal, Greece and Ireland. It might have been unfair, but it worked.

Now act three is beginning, but in countries much less able to devise measures to stop financial contagion and whose banks are more precarious…  Turkey, Brazil, Malaysia, China, all riding high on sky-high commodity prices as the China boom, itself fueled by wild lending, seemed never-ending.

It was never meant to last. The collapse is its own bubble, feeding off of the desperate hopes of those who furiously borrowed to bail out their other problems.

The big banks today have more wealth and power than they did before the 2008 collapse, and the Federal Reserve has taken extraordinary measures to enable their power grab.

The world is in shackles, just waiting for the hammer to fall…