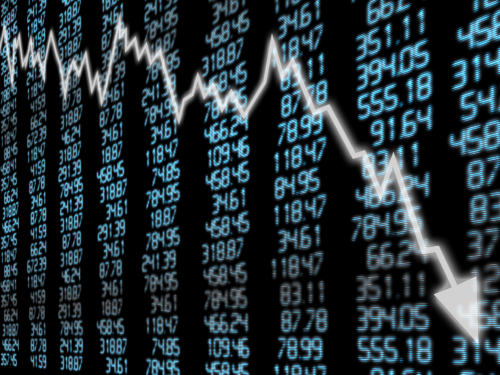 These days it seems like there is a never-ending stream of dire predictions for the United States and the global economy. Many of them have merit of course, since the fundamentals of our economy are being held together by little more than duct tape and string. However, any prediction that suggests that the system is going to come crashing down at a moments notice, is hard take seriously. It’s certainly a possibility, but it’s not the most plausible end to our way of life.

In reality, our society enduring a long-term collapse that may take decades to fully develop. There will be moments of rapid decline, much like the financial collapse of 2008, but overall we seem to be falling on a long trajectory.

Goldman Sachs admitted as much this week when their top analysts claimed that the third wave of the financial collapse of 2008, is rapidly approaching. Aside from how weird it is to hear a major financial institution admit that the crash of 2008 never ended, a fact that Austrian economists, conservatives, and libertarians have been saying for years, they also admitted that debt will be at the root of the approaching crisis.

This wave is characterised by rock-bottom commodities prices, stalling growth in China and other emerging-markets economies, and low global inflation, Goldman Sachs analysts led by Peter Oppenheimer said in a big-picture note.

Central banks all rushed to lower interest rates in response to the first two debt-fueled crises, encouraging investors to lend in emerging markets such as China for a decent return.

And Goldman Sachs isn’t the only establishment institution to suggest that something big is on the way. Even Bloomberg thinks that we’re about take a plunge into another recession.

Bloomberg’s new survey of economists’ recession expectations picked up for the first time in 14 months on Friday. Economists were asked the likelihood of a recession in the next 12 months, and the median came in at 15%, the highest since October 2013.

“We tend to have recessions every seven years, more or less in the United States, since World War II,” David Rubenstein, CEO of The Carlyle Group, told Bloomberg TV. “So at some point in the next year or two or three, you can expect a recession.”

But as Goldman Sachs admitted, the financial crisis of 2008 never ended, so we’re not really entering another recession. We’re merely passing an additional stage of a single crisis, because nothing we’ve done for the past 7 years has solved our problems. We’ve shuffled money around to different corners of the global economy, we’ve buried ourselves in more debt to keep our economy afloat, and we’ve bailed out the companies that helped caused the problem in the first place (including Goldman Sachs).

We don’t have what you would call a ‘healthy economy,’ which would be able to hold itself together when faced with the natural ebbs and flows of the marketplace. We have a ramshackle economy that is running on nothing but fumes and prayers. And soon we’ll find out how much life is left in this crumbling system, when the next wave of the financial collapse arrives.