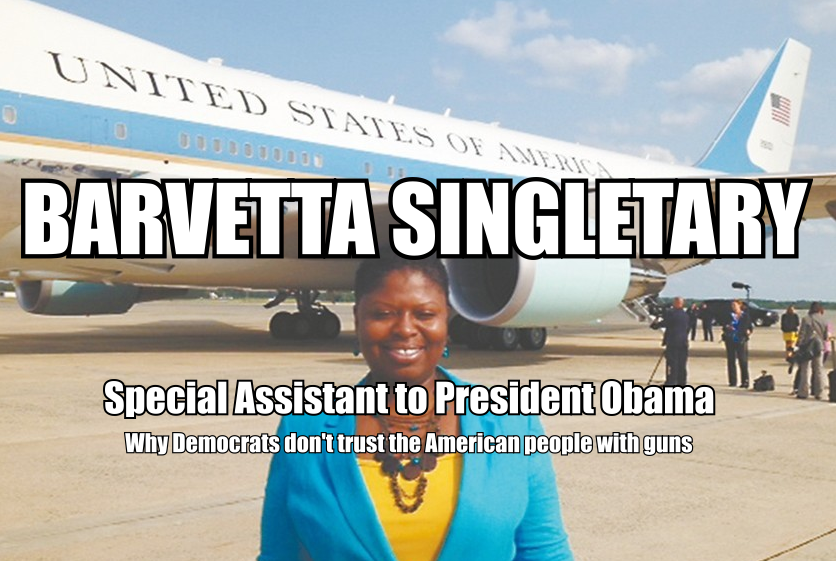 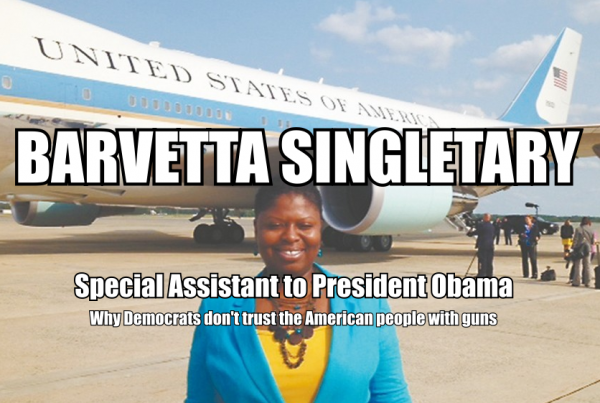 In August of this year, Barvetta Singletary, a Special Assistant to Barack Hussein Obama and House Legislative Affairs Liaison, fired her boyfriend’s 40 caliber Glock 23 service weapon during an argument they were having. Her boyfriend just so happens to be a US Capitol Police officer.

According to charging documents, Barvetta Singletary sent her boyfriend a text on Friday, asking him to come to her Upper Marlboro home for sex. After they had sex, Singletary confronted her boyfriend about the other woman he was dating.

Singletary ran back into her home, and the victim followed, pleading with her to return his weapon.

So, we have a deranged woman who believes her boyfriend is cheating with another woman on her. I don’t quite understand the thinking since they are not married, so there’s no covenant binding them. They are just fornicating, and the knowledge of the other woman didn’t stop Ms. Singletary from fornicating with him before threatening him.

She demanded that he give her the passwords to his cell phones. He refused to do so. Then she pulled his gun from the holster, aimed it at him and said, “You taught me how to use this. Don’t think I won’t use it,” according to an arrest warrant.

Again, he refused to provide the passwords, so Singletary aimed the gun in his direction and fired a round into the sofa, at which time, the officer ran away from the house in fear for his life.

He told police that he did witness Singletary wipe the gun down with a towel, and then he called 911.

Singletary was arrested at the scene and charged with first and second degree assault, reckless endangerment, and use of a handgun in the commission of a crime of violence. Why she isn’t charged with attempted murder is beyond me, but it is in the area of the District of Criminals.

One wonders why Mr. Obama didn’t feel it proper to address this incident that was so close to home in his administration concerning guns. Probably because it didn’t fit his gun agenda, but I would like to know what law would have prevented Ms. Singletary from obtaining this police officer’s gun and not only killing him, but then going on a shooting spree out of anger? No law would have stopped her, and that is another reason Obama never uttered her name in public.

What makes this story so rich is that it was a Capitol Police Officer’s gun and that the shooter was a special assistant to Obama. You just can’t make this stuff up.