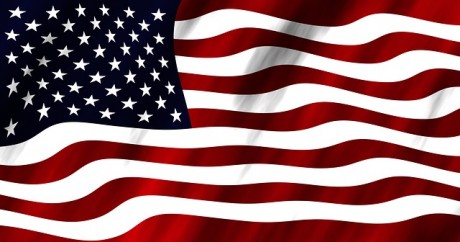 Is the United States an “exceptional” nation?  Well, the facts show that we are, but not for the reasons that you may think.  Now that it is election season, we have all sorts of politicians running around proclaiming that America is the greatest nation on the entire planet.  And just this week, Warren Buffett stated that “America’s great now — it’s never been greater“.  But is it actually true?  Is the United States still a great nation?  I would submit that the numbers suggest otherwise.  I love America, and in my opinion there is not much hope for us until we are willing to admit to ourselves just how far we have fallen.  The following are 36 facts that prove that the United States is an “exceptional” nation…

#1 According to a brand new report that was just released by the Organization for Economic Cooperation and Development, the United States has the fattest population in the entire industrialized world by a wide margin.

#2 That same report from the OECD also found that we are number one in child obesity.  In fact, at 38 percent our rate of childhood obesity is even higher than our overall rate of obesity.

#3 According to USA Today, the obesity rate in the United States has more than doubled over the past 25 years.

#4 The Washington Post has reported that Americans spend an average of 293 minutes a day watching television, which is the most in the world by a wide margin.   And as I have discussed previously, more than 90 percent of the “programming” that we absorb is created by just 6 enormously powerful media corporations.

#5 One study found that the average American spends more than 10 hours a day using some sort of electronic device.

#6 By the time an American child reaches the age of 18, that child will have seen approximately 40,000 murders on television.

#7 The average young American will spend 10,000 hours playing video games before the age of 21.

#8 Out of 22 countries studied by the Educational Testing Service, Americans were dead last in tech proficiency, dead last in numeracy and only two countries performed worse than us when it came to literacy proficiency.

#9 In more than half of all U.S. states, the highest paid public employee in the state is a football coach.

#10 The percentage of wealth owned by middle class adults is lower in North America than it is anywhere else in the world.

#11 Almost half of all Americans (47 percent) do not put a single penny out of their paychecks into savings.

#12 It turns out that Americans are very good at locking people away in prison.  At 716 per 100,000 members of the population, the United States has the highest incarceration rate on the entire planet by a very wide margin.

#13 Approximately one-fourth of the entire global prison population is in the United States.

#14 In 2014, police in the United States killed 1,100 people.  During that same year, police in Canada killed 14 people, police in China killed 12 peopleand police in Germany didn’t kill anyone at all.

#15 One recently published study found that one out of every six young Americans has stolen something during the past year.

#16 There are more car thefts in the United States than anywhere else in the world by far.

#17 According to Fox News, approximately 70 percent of married men in the United States admit to having cheated on their wives.

#18 Americans spend far more on health care than anyone else in the world, and yet we only rank 26th in life expectancy and our entire health care system has been transformed into a giant money making scam.

#20 According to the U.S. Department of Agriculture, 31 percent of all food in the United States gets wasted.  In case you were wondering, that amounts to approximately 133 billion pounds of food a year.

#21 In 2013, women earned 60 percent of all bachelor’s degrees that were awarded that year in the United States.

#22 A survey conducted by the Barna Group discovered that 77 percent of Christian men in America in the 18 to 30-year-old age bracket view pornography at least monthly.

#23 There are more than 4 million adult websites on the Internet, and they get more traffic than Netflix, Amazon and Twitter combined.

#24 70 percent of Americans do not “feel engaged or inspired at their jobs”.

#25 When LBJ’s “War on Poverty” began, less than 10 percent of all U.S. children were growing up in single parent households.  Today, that number has skyrocketed to 33 percent.

#26 In 1950, less than 5 percent of all babies in America were born to unmarried parents.  Today, that number is over 40 percent.

#27 According to the Centers for Disease Control and Prevention, there are 20 million new cases of sexually-transmitted disease in the United States each year.

#28 Today, the United States has the highest STD infection rate in the entire industrialized world.

#29 According to a survey that was just released within the last 30 days, only 29 percent of Americans want to cut off federal funding for Planned Parenthood even after all of the shocking undercover videos that were released this year.

#30 America has the highest rate of illegal drug use on the entire planet.

#31 Doctors in the United States write more than 250 million prescriptions for antidepressants each year.

#33 Every single year, the United States has the largest trade deficit in the entire world by a very wide margin.  But most Americans still don’t seem concerned that thousands of businesses and millions of good jobs have been leaving our country.

#34 As you read this article, there are 102.6 million working age Americans that do not have a job.

#36 On average, we have been stealing more than 100 million dollars from future generations of Americans every single hour of every single day since Barack Obama entered the White House.