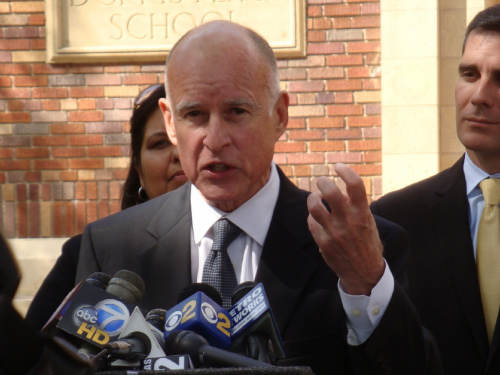 On the surface, California’s New Motor Voter Act doesn’t sound too controversial. It was written in response to California’s low voter turnout rates, and was recently approved by Governor Jerry Brown over the weekend. Essentially, the law automatically enrolls everyone as a registered voter when they get their driver’s license, unless they decide to opt out of the system. However, you can’t expect any bill to pass in this country unless it has an ulterior agenda, and the New Motor Voter Act is no different.

According to critics of the bill, it will make it easier than ever for illegal aliens to vote in Californian elections, since the state already allows illegal aliens to obtain a driver’s license.  And since the vast majority of illegal aliens would vote Democrat if they could, the bill is beginning to sound like an underhanded attempt to solidify the Democratic Party’s grip over the state. Stephen Frank of California Political Review has suggested that it will actually reduce voter turnout in the long run. “AB 1461 assures corruption of our elections–our elections will look like those of Mexico and other corrupt nations–and honest people will stop voting since illegal aliens will out vote them.”

In either case, the New Motor Voter Act stands as the perfect example of how the political class can incrementally change the nature of our country. What started with a seemingly benign proposal to allow illegals to obtain driver’s licenses (for safety reasons I’m sure. Every awful thing they advocate is done in the name of safety) has now turned into state sanctioned voter fraud and corruption.