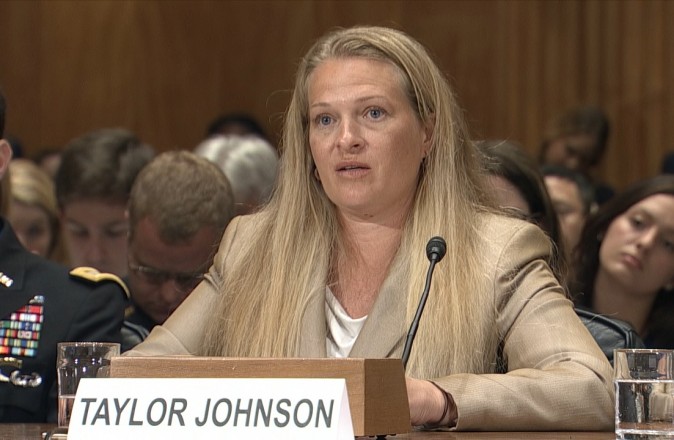 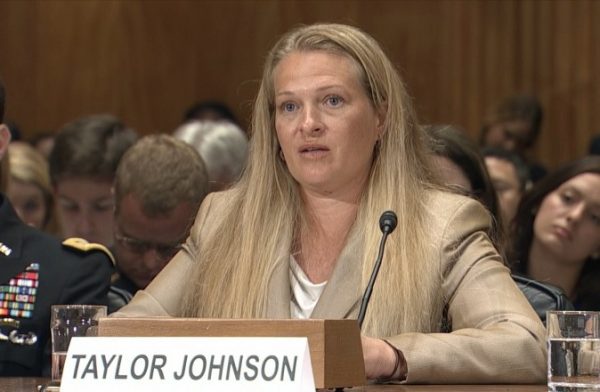 The Obama administration is certainly known for its criminal activity and its Chicago ties, as well as those tied to the Muslim Brotherhood. They are a thug organization. There is nothing lawful about the Obama’s or the Obama administration. This was on display as senior special agent with Immigration and Customs Enforcement Taylor Johnson told the Senate Committee on Homeland Security and Governmental Affairs about how Homeland Security had gone after her when she revealed irregularities in the EB-5 visa program in June.

A Department of Homeland Security agent testified Thursday that she nearly lost custody of her 1-year-old adopted daughter and was told that she could not own a personal firearm after she voiced concerns about a little known federal program that grants green cards to foreign investors.

Taylor Johnson, a senior special agent with a division of Immigration and Customs Enforcement (ICE), testified at a Senate Committee on Homeland Security and Governmental Affairs hearing alongside several other whistleblowers who claim they’ve faced retaliation for reporting wrongdoing in their agencies.

Johnson testified that during her investigation she uncovered and disclosed gross mismanagement and public corruption that posed “national security risks” and threatened public safety.

Among some of the violations that surrounded the project, Johnson pointed to “bank and wire fraud, and I discovered ties to organized crime and high-ranking politicians and they received promotions that appeared to facilitate the program.”

She also “discovered that EB-5 applicants from China, Russia, Pakistan, Malaysia had been approved in as little as 16 days” and that case files “lacked the basic and necessary law enforcement queries.”

“I found over 800 operational EB-5 regional centers throughout the U.S.,” Johnson said. Consider this a disturbing fact, since the US only allows 10,000 EB-5 applications per year. Could this have something to do with the orchestrated flood of illegals across America’s southern border in 2014? Probably. However, the retaliation by the criminal administration against an American citizen for pointing out their criminal behavior is downright criminal in and of itself.

The retaliation against Johnson was pretty severe. She was removed from her job and denied access to her case files. On top of that, the feds informed adoption workers that Johnson was no longer employed due to alleged criminal activity, though all she had done was expose the criminal activity of the government.

“When an adoption social worker tried to contact and verify employment, she was told that I had been terminated for a criminal offense,” Johnson said. “I almost lost my 1-year-old child.”

That’s not all. She also had her rights violated by not being permitted to carry a firearm.

“I was told I couldn’t even carry or own a personal weapon which is a constitutional rights violation,” she testified.

Frankly, I want to know why someone in Congress is not putting an end to the intimidation of whistleblowers. Why are whistleblowers the ones who are treated like criminals for exposing the government actual criminal activities against the Constitution and the American people? Is it because they are complicit in some of the criminal activity? I can tell you that when all they do is have hearings and bring no justice to bear, they are indeed complicit by their inaction!

Taylor Johnson falls in a long line of whistleblowers exposing the crimes of America’s government, including Julia Davis and Edward Snowden.