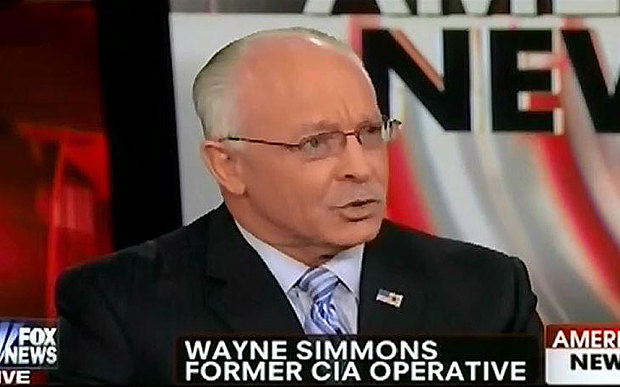 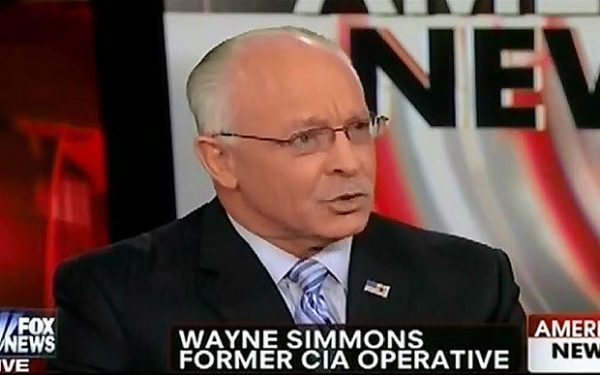 A Fox News commentator was arrested and charged for falsely promoting himself as a former CIA agent, according to a federal indictment unsealed on Thursday.

The suit against Wayne Simmons alleges he asserted he was a CIA agent for 27 years, dishonestly claiming he was recruited from the Navy and worked on special operations throughout his career. Simmons’ reported fabrications helped him secure a position as a commentator on Fox News, where he discussed terrorism.

“On his Web site, Simmons, 62, of Annapolis, claimed he was recruited to the CIA from the Navy, and he soon became part of the agency’s ‘Outside Paramilitary Special Operations Group,’ leading ‘Deep Cover Intel Ops against some of the world’s most dangerous Drug Cartels and arms smugglers from Central and South American and the Middle East.’ Simmons claimed on the site he was one the first ‘outside Intelligence officers’ to visit the U.S. prison in Guantanamo Bay, and he served as a consultant to the Bush White House on the Military Commissions Act of 2006.”

While the prosecutors do not dispute that Simmons worked for the government at some points, they contend he only attained the positions by lying about his history with the CIA.

Simmons was hired in 2008 as a “Human Terrain System Team Leader” for a government contractor, which was unnamed in the indictment. The prosecutors accuse him of attaining this job and the accompanying security clearance by “falsely stating that he had been recruited to the CIA in 1973, that he had not previously been charged with or convicted of a felony offense, that his prior arrests and criminal convictions were directly related to his supposed intelligence work for the CIA, and that he had held a top secret security clearance from 1973 to 2000.”

Two years after receiving the 2008 position, he was hired by another subcontractor and worked overseas as an adviser to senior military personnel. Prosecutors allege he also earned this job based on his misrepresentations. He now faces charges of false statements, major fraud against the United States, and wire fraud.

Simmons faces up to 35 years in prison if he is convicted of the charges.

While working as a commentator for Fox News, Simmons expressed opinions in line with the network’s right-wing narrative. Asked by pundits on “Fox and Friends” in 2009 if America had become soft on terror since President Obama took office that same year, Simmons said,

“You’ve heard me say this many times before, nothing has changed, it’s only getting worse since the coronation of the boy king 15 months ago. It is again, not an accident that every third world despot — every third world despot — from Venezuela through Cuba to North Korea — virtually anyone in the Middle East that decides they want to take a shot at the U.S. and our allies — is doing just that. These guys now that are starting to come out of the woodwork are emboldened, they recognize, as do the third world nations — the dictators — that there will be no repercussions from the Obama administration.”

Earlier this year, he contended that Muslims in America must be profiled to stop terrorist attacks. “Without profiling, we are never going to be able to stop this the way we should,” Simmons said on “Your World with Neil Cavuto.”

A Fox spokesperson told the Wrap that “He was never employed by Fox or paid by the network” and he contributed only as a “guest.” Though Fox News is no stranger to perpetuating manipulated information and outright lies, its lack of ability to so much as verify the credentials of a so-called expert drives its reputation to new depths of incompetence and deceit.