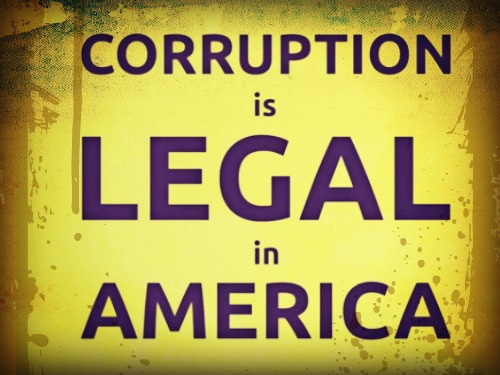 An investigation by The New York Times found that a mere 158 families, (and the companies they own/control), contributed a whopping $176 million in the first phase of the 2016 presidential campaign.

Not since before Watergate have so few people and businesses provided so much early money in a campaign, most of it through channels legalized by the Supreme Court’s Citizens United decision five years ago.

(Thank you for that, Supreme Court.)

Take a wild guess who these people are and who they represent.

They are overwhelmingly white, rich, older and male… and in an economy that has minted billionaires in a dizzying array of industries, most made their fortunes in just two: finance and energy.

People like the Koch brothers, for example, are spending $889 MILLION dollars during this one election.

A lot of these people have put money down on both sides of the aisle because they know that, when it comes to Jeb vs. Hillary (the only real choice America will really have), the outcome will be the same either way in the White House: more bankster bailouts, more wars, more corruption and tyranny.

Again, even if the average American’s vote remotely counted (and studies like the one represented in the video below clearly show it doesn’t for multiple reasons, the least of which is voter fraud or vote machine tampering), the average citizen’s contributions are far and away overshadowed by billionaires and corporations.

And really, it’s billionaires and corporations that fund all the policy decisions in this country anyway. Congress literally doesn’t care what the average American thinks. The system is corrupt through and through, inside and out. Making a choice inside such a corrupt system will never be the answer.

The average person just can’t get over the fact that their vote simply doesn’t matter, so instead of rejecting the whole corrupt process so real change might be able to occur, people continue to turn out to the polls even though it is a complete waste of time.

Anyone living under the false impression the U.S. is still a democratic republic where everyone’s vote matters equally needs to watch this video wherein researchers analyzed 20 years of data to answer a simple question: Does the government represent the people?