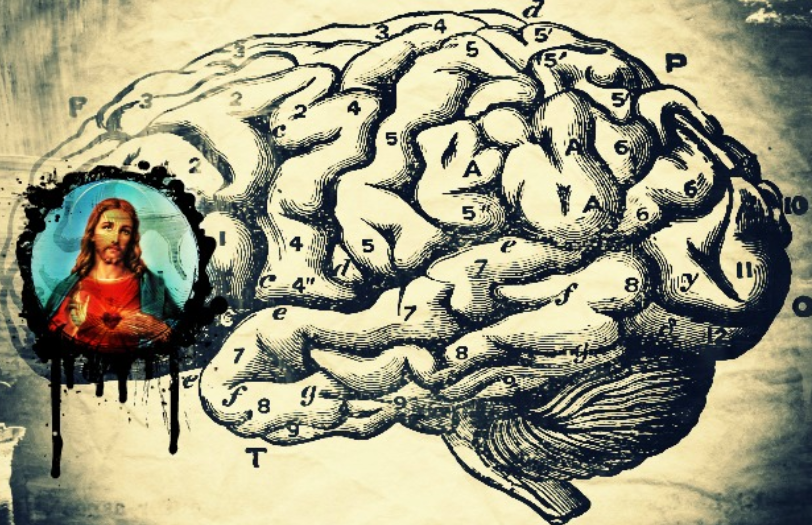 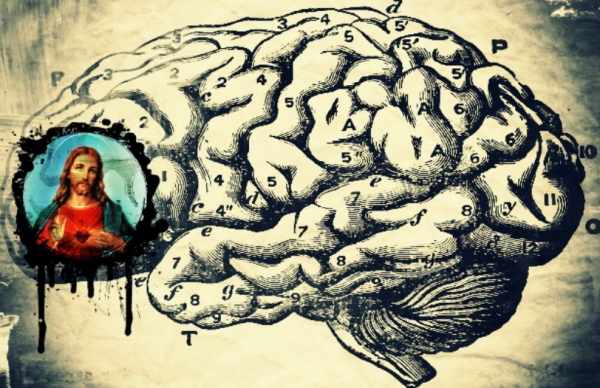 The Daily Express is reporting that scientists are using electromagnets to literally alter (and thus control) people’s thoughts and beliefs.

Before we start talking about how this technology isn’t new, here’s the gist:

TMS, which is used to treat depression, involves placing a large electromagnetic coil against the scalp which creates electric currents that stimulate nerve cells in the region of the brain involved in mood control.

Researchers found the technique radically altered religious perceptions and prejudice… Belief in God was reduced almost by a third, while participants became 28.5 per cent less bothered by immigration numbers.

And that little glimpse is just the tip of the modern mind control technology iceberg.

One of the social engineers heading up this study is University of York’s Dr. Keise Izuma, a lecturer in the Psychology Department. His bio on the college’s website says, “My research interests lie in the area of social cognitive neuroscience and include social decision-making, pro-social behaviour, social influence, attitude change, and cognitive consistency (e.g., cognitive dissonance theory, balance theory).”

Just consider that for a moment… “social cognitive neuroscience” to include “pro-social behaviour”. The good doctor co-authored a paper in 2013 titled, “Social manipulation of preference in the human brain.” Now he’s using brain stimulation to change people’s beliefs in God for the immigrant crisis upsetting so many over in Europe… how very pro-Government of him.

The study was done in collaboration with UCLA’s Dr. Colin Holbrook, whose interests include “Threat-detection, Morality, Aggression, Group prejudice, Evolutionary psychology, Social neuroscience.” Dr. Holbrook, by the way, just received a $360,000 grant from the U.S. Air Force Research Laboratory for work on “Group Bias and the Attribution of Mental Properties to Allies, Antagonists, and Automata.” Great.

Compare their experiment to a video from four years ago showing BBC reporter Michael Mosley having parts of his brain literally shut off with the same technology. Listen to the extensive list of things scientists can alter or inhibit using electromagnets.

“You think of something you can do and we’ve basically interfered with it with this machine,” the scientist in the video above says with a smile.

So, by extension, it isn’t surprising certain pro-social behavior neuroscientists with military grants are claiming they can also use this technology to influence or control a person’s thoughts or feelings about something like, say, God. Or making them feel better about a manufactured immigrant crisis. Or vaccines. Or baseball. Or whatever.

And some people still think MKUltra stopped in the ’70s.

Surely this technology would come in handy to, I dunno, give the economy that urgently needed boost or influence political beliefs or pacify the masses. Why not.

Well, for one thing, these particular examples require a machine being placed against the skull.

The real question is, do they have technology that allows them to do this without physically placing a machine directly against your head?

You just watched a video in which brain stimulation was used to turn off a man’s ability to speak at will like flipping off a light switch.

A few years ago, all of a sudden there was a rash of journalists having a similar problem. They would be right in the middle of a broadcast, when suddenly, they were rendered unable to speak. All the words coming out of their mouths degraded within seconds into complete gibberish.

Later we were told all of these people were reportedly suffering from a complex migraine, the symptoms of which mimic a stroke.

While that may be true, how long have there been TV reporters on air? Since 1952? And how many times, in all those decades, have you witnessed this strange speech impediment in not just one reporter, but five? All of a sudden, there’s a breakout of this occurring multiple times live on air in the same short timespan?

Back in 2010, the same year Mosley was having parts of his brain shut off for a BBC special, the Department of Defense released a news bulletin entitled, “Remote Control of Brain Activity Using Ultrasound,” detailing new research by Dr. William J. Tyler, assistant professor in the School of Life Sciences at Arizona State University, which was funded by a Defense Advanced Research Projects Agency (DARPA) grant.

The concept is very similar to TMS, only its done remotely.

Here are a few excerpts:

Deep-brain stimulating (DBS) electrodes used to treat movement disorders such as Parkinson’s disease require neurosurgery in order to implant electrodes and batteries into patients. Transcranial magnetic stimulation (TMS) used to treat drug-resistant depression and other disorders do not require surgery, but have a low spatial resolution of approximately one centimeter and cannot stimulate deep brain circuits where many diseased circuits reside.

To overcome the above limitations, my laboratory has engineered a novel technology which implements transcranial pulsed ultrasound to remotely and directly stimulate brain circuitswithout requiring surgery. Further, we have shown this ultrasonic neuromodulation approach confers a spatial resolution approximately five times greater than TMS and can exert its effects upon subcortical brain circuits deep within the brain.

In 2010, they admitted this could be done remotely.

The next step would reportedly use transducer phased arrays to influence brain circuitry and brainwave activity patterns, in addition to capacitive micromachined ultrasonic transducers (CMUTs) to stimulate the brain.

Technology is almost always presented to the public in the most benevolent light possible. We’re always reassured it is being created under the guise of, say, helping people who have Parkinson’s Disease or for soldiers who suffered traumatic brain injuries on the battlefield, but let’s just cut the crap and be honest with ourselves.

These examples are not the only people these technologies can be used on, and just look at who is funding the majority of it: the military-industrial complex.

Now they’re playing around with altering people’s beliefs and emotions about things like religion and politics.

This is, by far, not the only technology that can alter a person’s brain waves/function. These examples are drops in the barrel.

Consider the socially engineered, ever politically correct world we find ourselves in today. We are standing on the technofeudalistic precipice where big data will meet Minority Report-style pre-crime. Thought crimes are already being punished. While all technology is of itself inherently neutral, it is who develops and wields that technology and what their true motivations are that should be fully considered here.

? In many ways it feels like we’re already there. The question is not can they do it, it’s would they.

Our government has an extensive, well-documented history of researching mind and behavior control for both individuals and the masses. Back in December 1965, as the top secret CIA mind control initiative MKUltra was underway, The New York Times ran an article “Mind Control on Way, Scientist Warns” detailing a chilling takeaway from an annual American Academy of Sciences meeting held in Berkeley, California.

Let’s just leave it here with one more quote.

“This grand new enterprise, this brave new science of the mind, has already made some major advances, and is on the verge of even more significant achievements,” said Dr. Krech [professor of psychology at University of California]. “Perhaps even in some of today’s papers are the beginnings of genuine breakthroughs into the understanding of the mind. If not today, then tomorrow — or the day thereafter, or the year thereafter. I need not spell out for you what such understanding of the mind may mean in terms of the control of the mind.”

“I don’t believe that I am being melodramatic,” Dr. Krech said, “In suggesting that what our research may discover may carry with it even more serious implications than the awful, in both senses of the word, achievements of the atomic physicists. Let us not find ourselves in their position of being caught foolishly surprised, naively perplexed, and touching full of publicly displayed guilt at what they had wrought.”