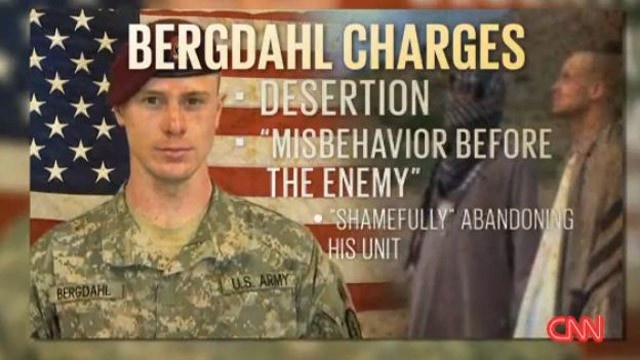 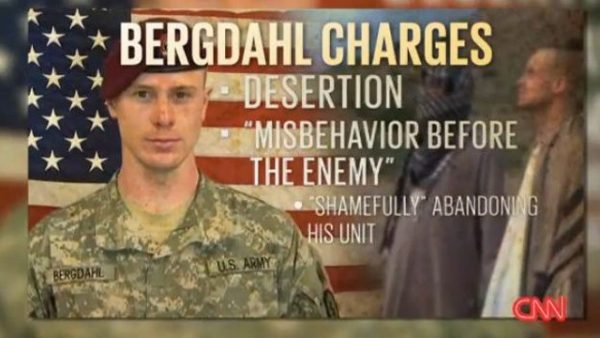 As reported by Fox News, “An Army officer is recommending that Sgt. Bowe Bergdahl face a lower-level court martial and be spared the possibility of jail time for leaving his post in Afghanistan.”

Bergdahl was captured [Bergdahl was NEVER captured; he was apprehended after he voluntarily walked away from his base camp and even asked directions from locals along the way on how to reach the Taliban] by the Taliban after leaving his post on June 30, 2009, and held until last year, when he was exchanged for five Taliban commanders. His commanding officers in Afghanistan say a 45-day search for Bergdahl put soldiers in danger (resulting in 6 deaths).

Military prosecutors charged Bergdahl in March with desertion and misbehavior before the enemy, a charge that could carry a maximum penalty of life imprisonment. But defense attorney Eugene Fidell said Lt. Col. Mark Visger has recommended that Sgt. Bergdahl’s case be referred to a special court martial, which is a misdemeanor-level forum. It limits the maximum punishment to reduction in rank, a bad-conduct discharge, and a term of up to a year in prison.

Fidell also said that Visger recommended that there be no prison time or punitive discharge against Bergdahl.

According to Lt. Col. and former Congressman Allen West: If General Robert Abrams accepts the recommendation of LTC Visger, ladies and gents, you truly no longer have leadership in the U.S. Army. What you will have is a gathering of spineless lackeys who — for whatever reason — are intimidated by the Obama White House and the modern day Rasputin, Valerie Jarrett.

Bowe Bergdahl deserted his post in a combat zone; nothing else matters. There are no “mitigating factors” and there are no “highly discretionary matters.” That is just bovine excrement rhetoric used by someone who has no sense of duty, honor, or country.

The Article 32 officer should not have considered anything that happened post Bergdahl’s actions, since his desertion resulted in spending five years with the Taliban and Haqqani Network — a fate he deserved.

There was no poor command climate — Bergdahl deserted, and now this Article 32 officer believes this is just a misdemeanor. No, turning your back on your unit in a combat zone is clearly “misbehavior before the enemy.” Leaving your post without your weapon in a combat zone is desertion, not jaywalking.

His desertion resulted in 6 soldiers being killed while looking for him.

There can be no doubt that there has been undue command influence at the highest levels in this case. This is why Bergdahl’s defense attorney was never concerned. He didn’t seek a “plea bargain” and allowed this to take its course. He knew very well there was no possibility the maximum punishment would ever happen — heck, there may be no punishment at all.

I want LTC Visger to tell me what “mitigating factors” and “highly discretionary matters” are at play in the case of Army Green Beret SFC Charles Martland, who is about to be involuntarily separated from the Army for punching a child rapist. I don’t know what is happening in the U.S. Army, but it is disgusting and despicable.

Let me close by saying this: if Bowe Bergdahl is rewarded for walking away before the enemy, what becomes the new definition of honor? I guess it’s all part of the fundamental transformation of our beloved Republic. And it just stinks!