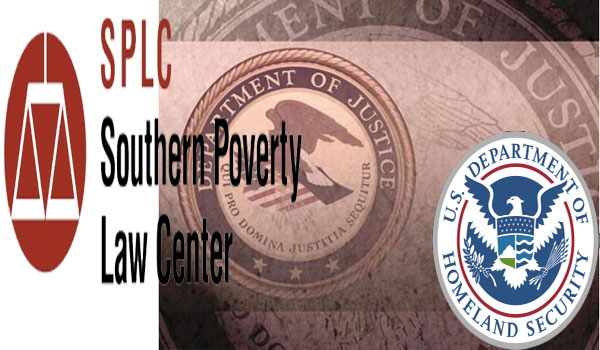 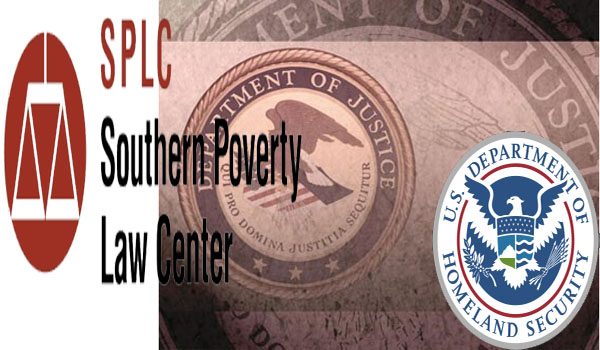 Whether Americans have thought about the potential or not, the Obama administration is making sure it comes to fruition — a new office within the Department of Justice teaming with the Southern Poverty Law Center to track and coordinate investigations into “domestic terrorism.” In an October 14 speech delivered at George Washington University, Assistant Attorney General John Carlin told attendees the new office would “be the point of contact for US attorneys working on domestic terrorism cases.” Carlin mentioned Islam only twice, but claimed domestic terrorism by groups touting “anti-government animus, eco-radicalism, and racism” pose a danger just as great, “despite the smaller number of incidents sponsored by such groups.”

Carlin failed to provide statistics supporting incidents sponsored by such groups. Teaming with the Southern Poverty Law Center poses a great concern. The group is known to “monitor and track” groups and organizations they designate and declare as “hate groups” — amounting to 784 identified for this year. When looking under the different classifications, one will find the following listed as hate groups: American College of Pediatricians in Gainesville, FL; Bradlee Dean’s You Can Run But You Cannot Hide in Minnesota; Jewish Political Action Committee in New York; American Freedom Defense Initiative in New York; Jihad Watch and Bare Naked Islam in California; and the Family Research Council in Washington, along with many more. Since when is freedom of speech, freedom of religion, speaking truth, and raising awareness on issues known as “hate” and associating with like-minded individuals designate one as being in a “hate group?”

Conspicuously lacking in the SPLC’s listing of “hate groups” were Council on American Islamic Relations (CAIR), Islamic Society of North America (ISNA), and the Muslim Brotherhood. Despite listing the “Nation of Islam,” headed by Louis Farrakhan, and the “New Black Panther Party,” both present in every state, Louis Farrakhan walks around a free man after issuing terroristic threats in calling for 10,000 to “kill whites.”

Carlin stated in his speech:

The new DT Counsel will not only help ensure that DT cases are properly coordinated but also will play a key role in our headquarters-level efforts to identify trends to help shape our strategy, and to analyze legal gaps or enhancements required to ensure we can combat these threats.

Referencing the “increase in lone wolf attack” and blaming the internet as a tool for organization, Carlin stated, “Lone offenders, or other small groups plan and carry out their attacks with limited assistance.”

One can’t help but question the increase in these “lone wolf incidences” over the last few months as instigated and planned by the administration and its CIA psy-op coverts to further an agenda. First, more gun control laws are being advocated and now this “new office” partnering with the SPLC that targets many conservative and Christian groups as “hate groups.”

SPLC’s top dog, Mark Potock stated the SPLC had been pushing for something like this for quite some time. He called it a “step forward” while at the same time saying, “we’ll have to see how it works out.” Potock claimed this “step forward” would “restore ‘balance’ to the State Department’s efforts to fight terrorism.”

Restore balance? When was the fight on terrorism ever about balance? Citizens have suffered the insolent, degrading and humiliation of searches by TSA bordering on sexual assault since airplanes flew into the World Trade Center and the Pentagon in 2001 in order to board an airplane while other “individuals” receive exemption because of the claim “racial profiling.” A one hundred mile area along the entire US borders are designated “constitution-free” zones where constitutionally guaranteed rights are suspended or void. Instead of targeting terrorists and terrorism, US citizens have had their rights encroached upon by government because of the 2001 incident perpetrated by Muslims. Instead of limiting Muslim entry into this nation, our government staunchly advocates it while ignoring Christians. There is no balance at all much less any balance to “restore.” It’s tipped against US citizens critical of government over-reach.

As many are aware, the media and the government consider the SPLC an “expert” source when it comes to identifying “hate groups.” However, it is only one organization and even the FBI has difficulty substantiating their claims. So, how is it that a less than credible source gained such “prestige” from the media and government alike?

Carlin continued on to echo Potock’s “concern” over the SPLC’s designated “hate groups.”

The attorney general noted this summer that these kinds of hate crimes are the original domestic terrorism. Among domestic extremist movements in the United States, white supremacists are most violent. The Charleston shooter, who had a manifesto laying out a racist worldview, is just one example. His actions followed earlier deadly shooting sprees by white supremacists in Kansas, Wisconsin and elsewhere.

Pardon me while I digress for just a moment. Has everyone noticed that all of a sudden these “white supremacists” and “lone wolf” shooters are leaving these long-winded “manifestos” for government to definitively declare the whys on these events? Doesn’t leave much for the FBI profilers to do anymore. No need to figure out anything as these “introverted lone wolves” are detailing it all in “manifestos,” a convenient term thrown out there for “diary,” and in some cases video documentaries. How convenient. How many males keep a “diary?”

The Obama administration clearly brushes off Islam and Muslims as terror threats since they designate 72 groups of individuals as potential “domestic terrorists” while scrubbing all mention of Islam and Muslims. If you are a member of a Tea Party organization, a Christian, a veteran, a military member, a patriot, against Islam, against illegal immigration, and support the Constitution, etc., you are a potential “domestic terrorist” according to your own government.

In fact, Obama and his stooge administration are so confident in their designation of these groups as terrorists, they are joining hands with the United Nations to “allow international police agencies to help program how American cities respond to terrorism.” Despite its unconstitutional nature, Obama and Attorney General Loretta Lynch are all but cheering to enforce tyranny, despotism and eradication of individual God-given constitutionally guaranteed rights of groups and individuals designated as “domestic terrorists.” And, they will use any means necessary to justify the end — the destruction of the US. All the while, Congress continues in its complicity of these travesties sucking on their thumb as they wait for their “bottle” from Obama.

The SPLC has been “legitimized” by this rogue administration and a Department of (In) Justice. Because they cite “organization via the internet,” one can bet this new “alliance” will have tremendous influence over the FCC to “curb” and “control” more internet content, meaning censorship and infringing on freedom of speech. This “collusion” against conservative America, Christians, patriots, veterans and other groups is blatant, unapologetic, intentional, and set to “force” subjugation.

The police and surveillance state was a precursor as to what comes next. Since they have all the information they need, they can now begin to “root out” the “problems” by utilizing an “international police agency” or multiple agencies. To those who said, “If you aren’t doing anything wrong, you have nothing to worry about,” you were wrong.

Just being a Christian is now a reason for concern as well as exercising free speech, free association, keeping a diary which could be termed a “manifesto” to be used against you, and being conservative. You don’t have to do “anything wrong,” all you have to do is be “designated” by the government as a threat or involved with any group the SPLC declares as a “hate group.” If you doubt that, you might want to look at the links for the SPLC and the 72 groups or types of individuals the government considers “domestic terrorists.”