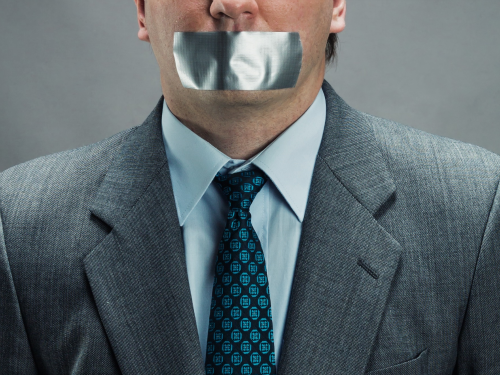 Earlier this year, Darrel Whitman decided to sound the alarm over the dysfunction he had seen while working for OSHA. He was employed with the Whistleblower Protection Program within OSHA, and investigated claims of illegal activity and safety issues among workers. But after revealing that his department managers closed complaints to alleviate backlogs, altered reports, and failed to protect workers who complained, he was fired. In other words, a worker for a department dedicated to protecting whistleblowers, has been fired for blowing the whistle.

Whitman told NBC news that “They got rid of the squeaky wheel” before adding “I was going to report what I thought to be violations of law and policy…they were going to have to answer to those reports and they didn’t like that.” In fact, Whitman was featured on the Daily Show with John Stewart several months ago, and admitted that he was going to be fired if the interview was ever aired. OSHA cited 6 different reasons for his termination, including “lack of candor during an investigatory meeting” and releasing government documents without permission (i.e. exactly the sort of thing a whistleblower has to do).

Whitman has since issued a complaint against OSHA to another whistleblower protection agency known as the Office of Special Counsel, and may receive a settlement for his termination. However, one must wonder if that whistleblower agency is just as screwed up as the department he was fired from.