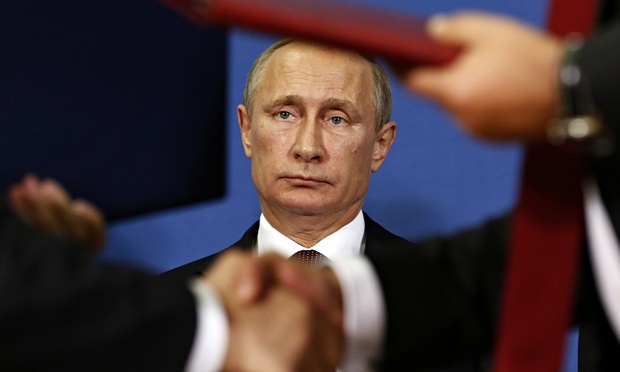 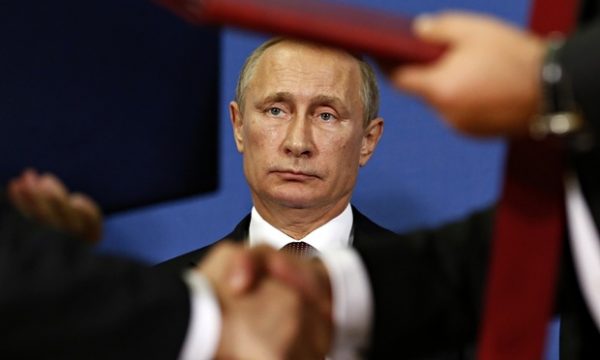 Ever wonder why the U.S. could not defeat ISIS

? It was not ISIS’s invincibility, ISIS was defeated by women at the Battle of Kobani. It is because ISIS is needed to stay alive and well per U.S. political plans and now new evidence reveals that the U.S. was making mock attacks that were not targeting ISIS.

The story is told by Russian General Staff Andrey Kartapolov. He explains that photos of an area featuring bomb-destroyed buildings where there were no ISIS fighters

. Who is doing these bombings and reporting “mission complete” as it appears is the U.S.?

Traces of airstrikes against household buildings have been found at the Syria-Jordan border, where Russian warplanes have performed no missions.

“Why destroy these buildings? It looks like somebody’s pilots were just training their skills or dropped bombs to report to their command about completed mission,” Kartapolov answered adding ‘This territory has never been in the hands of the Islamic State”.

“We have spotted ruins of household buildings destroyed by bombing near the settlement of Kherbet Ghazala at the Syrian-Jordan border,” he told a briefing for foreign military attaches and journalists.

“Kherbet” is an Arabic word used for abandoned historic areas nearby that are usually uninhabited.

“Russian warplanes have never performed any missions there and, as far as we know, the Syrian aviation has not been used there either,” he stressed. “This territory has never been in the hands of the Islamic State. Moreover, this area has been controlled by the Free Syrian Army since 2013.”

And it even gets worse than that. Airstrikes of US-led coalition on civilian facilities in the Syrian territory lead to increasing refugee flows to the European Union, Kartapolov went on to say.

“Over the last two weeks, we have provided enough video materials confirming the precision of [Russian] airstrikes. Our jets deliver airstrikes at facilities located outside of settlements,” Kartapolov said.

“On October 11, near the settlement of Tel-Alam, the coalition’s jets destroyed by airstrikes a thermal power plant and transformer substation,” he added. As a result, hospitals and schools in Aleppo were left without electricity. Water pumping stations and sewage also stopped working which can be very harmful in the conditions of high temperatures.

“I think that it is unlikely that our partners did not know that the thermal power plant worked only eight hours per day. Airstrikes were delivered for several days, and on October 11, the power station was completely destroyed. One might get an impression that someone is deliberately destroying infrastructure in settlements, thus making the life of local population impossible. Because of that, civilians leave these settlements after losing living conditions and increase the refugee flow to Europe,” Kartapolov noted.

The charade is nothing new and it is not only the U.S. that wanted ISIS alive and well. Shoebat.com reported last July “Turkish warplanes directly began to target ISIS locations to all of the sudden, Turkey switched plans and opened a second front, not on ISIS, but against the PKK Kurdish rebel sites that were fighting ISIS.”

It was similar to what the U.S. was doing “The Turkish jets then hit shelters and storage facilities belonging to the PKK in seven areas in northern Iraq, including Mount Quandil where there are no ISIS and is where the PKK’s headquarters are located. Even the Turkish media outlets were more enthusiastic about the Turkish air force’s bombing the Kurdish militia than about bombing ISIS. “The camps of the PKK,” they excitedly reported, “have been covered with fire.”

regarding attacks on ISIS and the Kurds.

Then we had the story of Yousaf al Salafi, the Pakistan commander of ISIS confessing during investigations that he has been receiving funds through the United States.

On May 22nd we wrote “I can already predict, I can even guarantee it 100%, the U.S. will lose to ISIS because the current U.S. Administration and the mess in Syria and Iraq is now proven to be a foresight of fools.”

ISIS is useful for the U.S. as well as for Russia and Turkey even as far as Japan which has major use for ISIS where ISIS is the excuse for Japanese Prime Minister Shinzo Abe’s re-interpretation of the Japanese constitution in regards to weapons allowing Japan to also play a stronger role in global affairs.

ISIS is useful for the U.S., as an excuse to remove Bashar and for Russia as a reason to defend Bashar and is why Putin bombs all the Islamists regardless. Both sides say they want to penetrate and destroy ISIS, but unlike the U.S., Russia does not believe in using condoms.