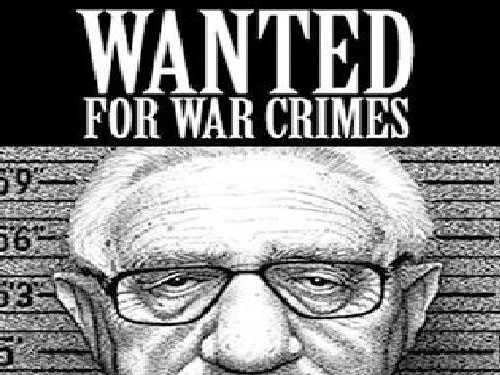 You know things are pretty far gone when one of the most notorious warmongers is the voice of restraint in Syria.

War criminal Henry Kissinger, who has been involved in escalating numerous crises in other countries for decades now, is actually managing to sound like the voice of rational thought and compromise over Syria.

“The destruction of ISIS is more urgent than the overthrow of Bashar Assad,” he wrote in the Wall Street Journal on Friday. “The current inconclusive U.S. military effort risks serving as a recruitment vehicle for ISIS as having stood up to American might.”

No one, other than the insane warhawks running the show at NATO, want to see a full-on war with Russia… not even Henry Kissinger apparently.

“The U.S. is now opposed to, or at odds in some way or another with, all parties in the region,” Kissinger warns.

Meanwhile, Senator John McCain and his ilk who seek a wider war just keep beating this “we’ve got to train more moderate rebels” drum. At a recent NATO press conference in Brussels, General Keane warned that it is Russia who is starting a proxy war with the U.S., and called again for us to train more “moderate rebels,” even though we are being told the half-a-billion-dollar program only netted what, four or five guys?

Even Obama is backtracking now, claiming he never thought it was a good idea from the beginning (even though he continued to play his part asking Congress for more and more funding on the program he was supposedly always skeptical of).

The real truth is, as Putin so eloquently points out, there are no moderate rebels.

On an aside, take a look at the difference between where the Russian strikes are and the U.S. strikes are in Syria. 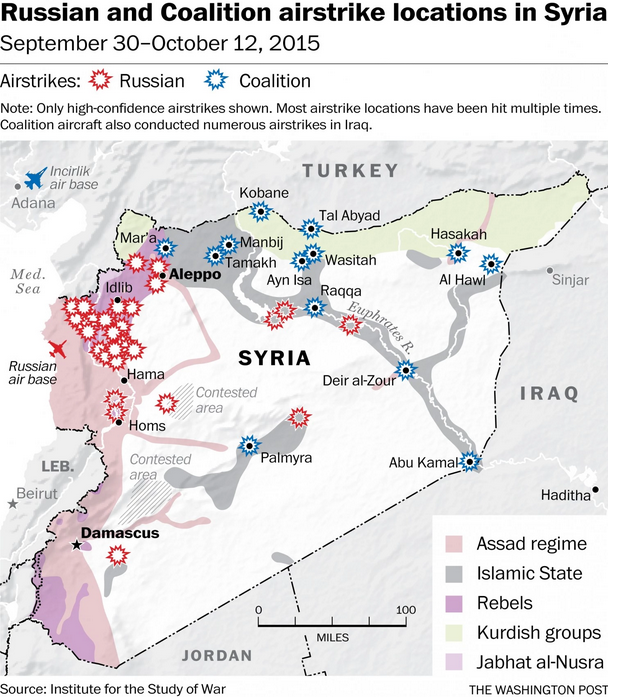 The U.S. has been “striking” Syria for over a year now and, other than a sustained money maker for U.S. defense contractors and another defense budget black hole, what exactly does our government have to show for it?