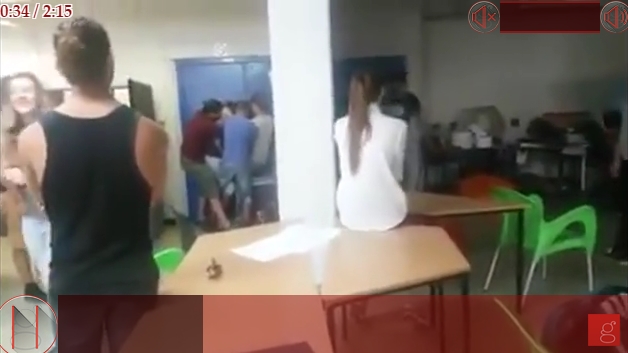 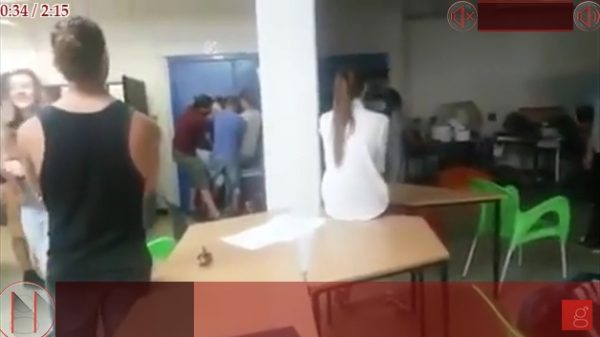 The nonsensical propaganda that blacks cannot be racists should be clear to anyone. People of a variety of ethnicities can be racists. However, a recent video that was captured by a student in South Africa demonstrates that there are out of control blacks there just as we have seen here in the States. In fact, in the video below, you see a class or white students barricading themselves in the classroom as racist black activists demand they get out or be killed.

Terrified White Students Barricade Themselves in Classroom from Hundreds of “activated” Racist Blacks shouting “All white people get out or else we will kill you” – guess the blacks got the message when the President of the country, Zuma, sings “Kill the Boer, Kill the Farmer” on a public podium…

The video was produced by Cape Town student Anne Landman, which shows a group of white students had barricaded themselves in a classroom against hundreds of black rioters outside and posted on October 20. She explains on her FB page:

“So this happened. I stopped filming before things got out of hand as we were scared they would damage property, which they did. Hundreds of rioters outside those doors,” she wrote on her Facebook page. “People were cornered and taunted. Some of our students were beaten up for trying to keep the doors closed. The doors are now broken. They stormed in with balaclavas on, shouting horrible things in our direction.”

She then added, “Quote of the day ‘All white people get out or else we will kill you.'” She then followed up with an apology for the language claiming that they were panicked at the time and asked, “What has this country come to?”

“After having this video up for the last few days I have seen it become a massive argument of race on social media,” she added to the post later. “Yes the majority of us in this class are white (but not all of us) and yes horrible racist remarks were thrown our way. That does not mean we don’t believe in the reason for the protests. And yes some of us would have joined in on the protests that day if we had been treated as equals and not threatened by those on the other side of the doors. We are fighting for the same goal, let’s not turn on each other.”

Later that day she posted a short 8 second video:

Animals is what these people are with a herd entitlement mentality. Anne and my South African friends, I would suggest arming yourself in any way possible. I realize that South Africa doesn’t respect your right to keep and bear arms, but I would recommend doing whatever it takes to arm yourself if I were in your position.