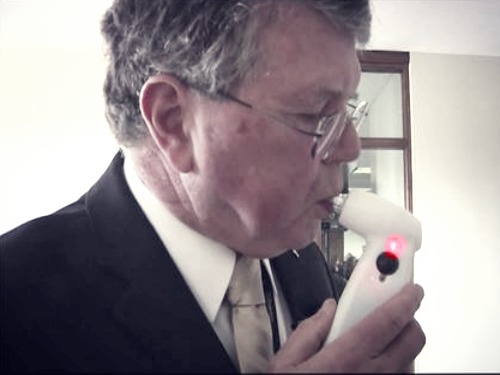 The ridiculous failure of a drug war trudges on here in America. Now researchers at Washington State University are working hard to… CURE CANCER!

Save Babies from SIDS!

They are developing a handheld portable device to screen people’s breath for THC, the chemical that a News10 Rochester reporter so astutely reported, “makes you high” in the video clip below.

After a second round of testing, these researchers, who apparently hate themselves and will do anything for state grants and a pat on the head by Big Brother, plan to put these in the hands of police sometime in 2016 so the failed and ridiculous war on marijuana can continue to generate revenue while not making America a safer place like police are supposed to do in the states that haven’t already legalized it.

White House Confirms that COVID Testing will Not be Required for Illegals Flooding the Border
September 22nd, 2021 Flag And Cross