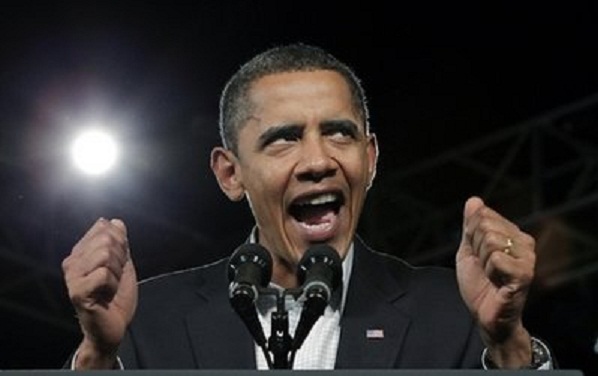 It’s interesting how so many people have been calling for Hussein Obama’s impeachment for years, but sadly our representatives have largely ignored those calls, and those who at least provided some lip service to impeachment failed to produce one article of impeachment. It isn’t as if there aren’t a myriad of reasons to impeach Obama. I even outlined the case for treason here. However, it is a completely different story when someone outside the US mentions the impeachment of Obama and even rarer is it when that person is a diplomat, who questions Obama’s mental stability.

Had a senior EU diplomat, old friend, ask me today, "How does your impeachment work? My government believes Obama is quite mentally unwell."

Schindler claims that an European Union diplomat, who he says is an “old friend,” asked him “How does your impeachment work?”

The diplomat then went on to state that his government believes “Obama is quite mentally unwell.”

Again, none of this is new to many of us who have been paying attention. For instance, the questioning of Hussein Obama’s mental state has been asked before.

For instance, in June of 2014, Dr. Gina Loudon told Lou Dobbs, “You know, I will say to you, Lou, I am very, very concerned about the mental stability of this President at this point. Some of his behavior seems irrational to me. It seems beyond that of just a typical narcissistic, arrogant, sort of, ‘I’m a leader of a big country and I feel tyrannical at the moment’ kind of attitude. It really seems to me like this President is demonstrating behavior that is not only anti-American, but irrational and erratic and perhaps not exactly what we might want to deem sane.”

“The main mental disorder coming from the piece of straw occupying the Oval Office is none other than mythomania or psuedological fanstastica,” she wrote. “Those are fancy names for habitual pathological liars. According to much of the literature, this disorder, also known as Pathological Lying Disorder, is not included in the Diagnostic and Statistical Manual for Mental Disorders (DSM-IV). However, many psychiatrists and psychologists consider this problem a distinct mental disorder. While mythomania can be a symptom of other mental illnesses, the defining characteristic of mythomania as a separate mental illness is the person cannot help lying even when the lie causes harm. This type of lying is more than a habit, as in compulsive lying, or a “white lie” told to spare someone’s feelings. It is a regular type of lying, without compunction, to achieve a desired goal or outcome.”

Hamner then went on to point out some of the characteristics of Mythomania and asked readers to compare them with the lies told by Hussein.

While impeachment is a part of the Constitution and is the responsibility of the House of Representatives to accomplish, removing a president from office requires that the Senate agree with the impeachment of the House. Only two presidents in American history have been impeached: Andrew Johnson in 1868 and Bill Clinton in 1998. For more on impeachment, click here.

However, there is another means of removing a sitting president and that is stipulated under the Twenty-Fifth Amendment. This does not require the impeachment process. According to the Twenty-fifth Amendment:

The problem though in going the route of the Twenty-fifth Amendment is that many of those who would be trusted to carry it out, including the Vice President and members of his own cabinet face the same mental illness, and thus would not bring forth any resolution.

It appears that the EU diplomat that Mr.Schindler mentioned understands the problem, he just doesn’t understand how it’s supposed to be solved under the Constitution; and for Americans, the sad reality is that we understand the problem and the solution, but we fail to elect those who will actually deal with the problem. Knowing that, it makes me wonder about the overall mental state of many voting Americans.