Have the elite warned us that November 3rd and November 5th will be particularly important dates?  The Economist has very close ties to the Rothschild banking dynasty of Europe, and it has been a well-known mouthpiece for the global elite for decades.  That is why all of the weird imagery that was used on the cover of the January 2015 issue made so many headlines when it first came out.  The elite often like to foreshadow what they intend to do in advance, and many were trying to decipher what many of the cryptic symbols might mean.  For those that have not seen it yet, here is the full cover… 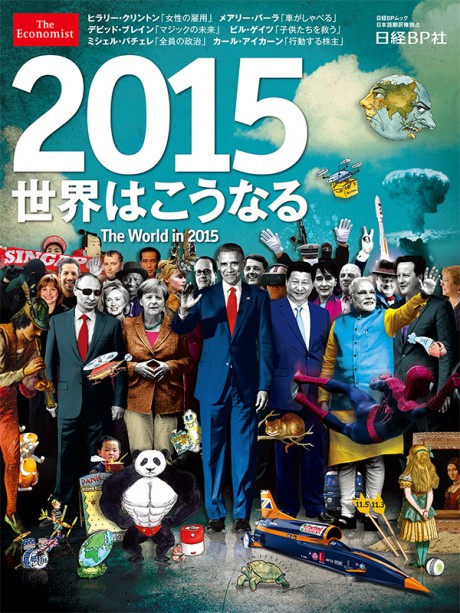 For months, much of the speculation focused on other symbols on the cover, but now there is renewed interest in this cover based on the two arrows that are stuck in the ground in the lower right hand corner.  It was an article by James Bailey that brought this to my attention, and I have to say that I am intrigued.  Perhaps these two numbered arrows mean something, and perhaps they do not, but I find it hard to believe that they are there by accident.  Here is a close up of that section of the cover… 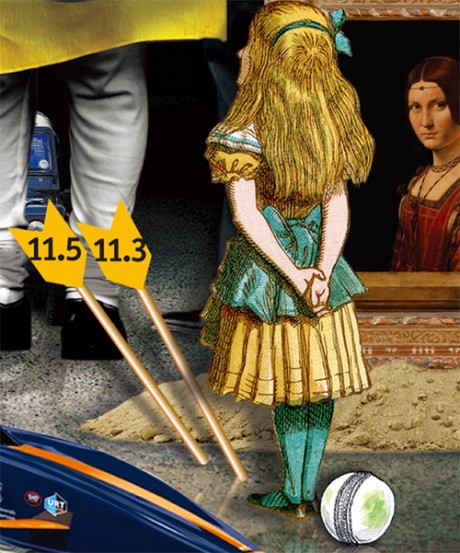 The official story is that they do not.  The editor of The Economist says that these numbers are related to targets for the Chinese economy.  Here is his explanation…

“The arrows are taken from the graphic illustrating the story of China’s economy “The numbers to watch” and are Chinese ‘targets’. As it happens, the numbers on the graphic were adjusted in the fact-checking process after the cover went to press.”

Perhaps he is telling the truth.  Then again, perhaps he is not.  Arrows can be used to “target” something, but they can also be used to attack.  And these arrows are stuck in the ground at an angle, which could be pointing to a “decline” or a “fall” of some sort.

Treasury Secretary Jack Lew said Monday he worries that waiting until the last minute to raise the nation’s borrowing authority could result in an accident “that would be terrible.”

Last week, Lew said the U.S. debt ceiling will be exhausted Nov. 3, two days before previously estimated. In a letter to congressional leaders, he added that a remaining cash balance of less than $30 billion would swiftly deplete.

“Our best estimate is November 3rd is when we’ll exhaust what we call extraordinary measures; those are things we can do to manage things. I will run out of things that I can manage on November 3rd,” Lew told CNBC’s “Squawk Box.”

Another very interesting symbol on the cover is a partially obscured game entitled “Panic”.  Clearly visible near the top of this game are the words “Federal Reserve”, and another word that is only partly visible starts with the letters “CHI”.  Could that be a reference to China? 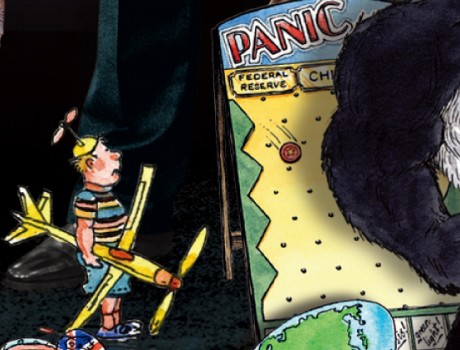 “Where might you find the financial crisis? EURO – FED RESERVE & CHINA. (Finance Section).”

Another extremely unsettling symbol that is very prominently displayed on the cover is a picture of the Pied Piper.  The following is an excerpt from a piece that the Vigilant Citizen put together back in January…

The presence of the Pied Piper on this 2015-themed cover is downright unsettling. The Pied Piper of Hamelin is a German legend about a man who used his magical flute to lure away the children of the city of Hamelin, never to be seen again.

This folkloric figure dating from the Middle-Ages is said to represent either massive death by plague or catastrophe, or a movement of massive immigration. It also perfectly represents today’s youth being “lured” and mystified by the “music” of mass media. Conveniently enough, there’s a small boy right under the Piper’s flute.

It is interesting to note that we have witnessed a massive influx of Islamic refugees into Europe since the time of the publication of this magazine.

Could there be a connection?

Right next to Barack Obama’s left leg on the cover we find a Cheshire Cat.  This is the exact image that illustrator John Tenniel drew in 1866 for Alice in Wonderland.  The Cheshire Cat is known for having an evil, mischievous grin, and in the novel Alice never really could figure out what the cat was up to.  Could this be an indication of how the elite view themselves and their mysterious plans for the rest of us?… 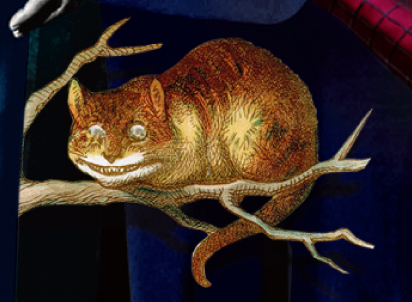 In the end, perhaps it is just a coincidence that so many of these symbols related so closely to events that actually happened during 2015.

I certainly can’t prove that they have anything to do with any particular dates, and the elite would not openly admit it even if they did.

But if something does happen during the first week of November, a lot of people are going to be asking some very hard questions.

Personally, I have a very bad feeling about the month of November.

What do you think the month ahead will bring?