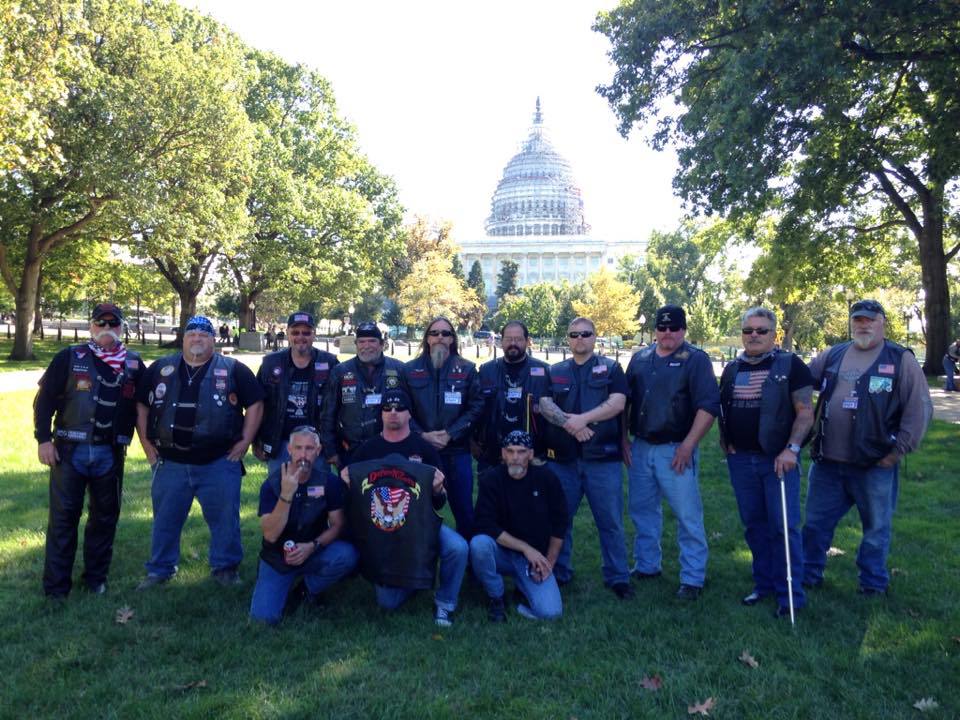 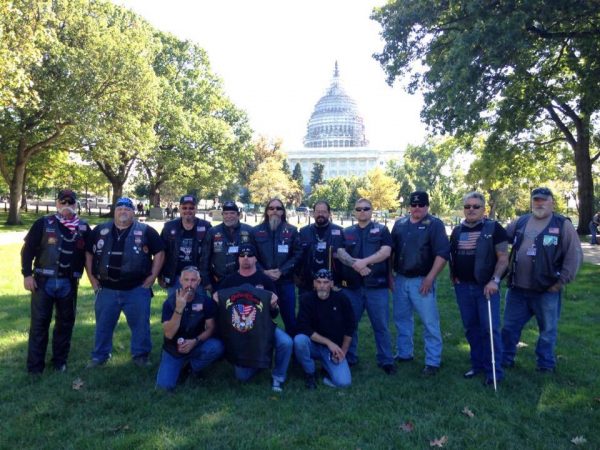 October 10, 2015, Washington, DC: Farrakhan threatened to tear down the flags in the capitol during the million man march. Loyal patriots from the American Spirit Ride and Rally were there to see that it did not happen…

I walked down to the million man march site, carrying my American flag

. I walked past the masses of people hawking merchandise, the guys in bow ties passing out “The Final Call”, (Farrakhan’s newspaper), and all the police. I walked through the gate of a temporary chain link fence and into the crowds of people. There were probably 500,000 people there, many of them bused in from other areas. I kept my head held high, smiled at everyone, and made eye contact with anyone who would look me in the face. Anger and hatred radiated from some of the people in the crowd. There were massive screens up showing the stage and huge speakers booming the voices of those speaking. Farrakhan had a police escort into the mall area. I wanted to see, hear, and feel what it was like to be in the middle of the ‘enemy’s camp,’ Only, they were not my enemy, they were my fellow Americans, many of them were there looking for answers to the very same questions I have. Some of these people smiled back.

They have been told the same lies I have been told, just in a different dialect. I had no hatred for these people, if anything, I felt sad that we were not united behind one cause, saving this country. Any anger I felt was toward the perversity of our government and their minions* like Sharpton and Farrakhan, not toward these individuals. I walked slowly back to the site where the Defenders of Liberty MC had set up our ‘counter-protest’. Initially, I was disappointed and a little angry that so few patriots actually showed up, but as the day wore on, I realized I was blessed to be in the company of so many wonderful people. I realized that our protests, rides, and rallies will always be smaller. Sheep always outnumber the sheepdogs. I also realized that winning this war against tyranny is not done with all the hoopla of the million man march, it is done one on one. Looking another person in the face, shaking their hand, and trying to convince them there are better ways to win the war, peacefully.

I do have to admit, when I finally got home, after 16 hours** behind the wheel of my car, I did leave a message for those “armchair patriots that claimed they were going to attend, but did not follow through…” It was not out of anger, it was to let them know, you claim to be awake, act like it. The last thing I want is having an ‘armchair patriot’ watching a loyal patriot’s back and letting that loyal patriot down. My Mother had words of wisdom that she literally beat into my backside: “Dammit! If you are going to do something, do it right the first time, or don’t do it at all!!” Now is the time for deciding: all in or nothing in.

There was music playing most of the day and there were speakers, including me, who were sharing their frustration and hope. I read my open challenge to Louis Farrakhan. Most of the speeches were informative. Deacon Taylor, running mate with Presidential candidate, Chris Keniston, spoke about the Veterans’ Party of America and the goals they hope achieve. A gentleman representing LIBERTY FARMS and THE FREEDOM HOME FOR THE FORGOTTEN spoke, I had not heard of either organization, but was impressed with what they are accomplishing in the betterment of Veteran’s lives.

There was one person at our rally that every single person attending noticed. I kept track of her all day long. She was a physically tiny person, five foot tall, if that and maybe 95 pounds soaking wet. But she was a beacon of patriotism, she exemplifies everything right in this country. The Defenders of Liberty MC brought large flags that they attached to PVC pipe

. In the whipping wind, they got heavy and difficult to control, so it was mainly the DOLMC guys who held them. Except for one. This little woman, held one of those flags all day long. She would move every so often to a different area of the rally site, but she never let go of that flag. She stood tall in the cold morning and in the hot sun of the afternoon.

As we were breaking down, Panzer, President of the Defenders of Liberty MC, cut the zip ties holding the flag to her pole, laid the pole on the ground, and gently wrapped the flag around her shoulders. I do not think there was a single dry eye watching this exchange. Then, everyone seemed to move in unison toward her, each person hugging her. When I hugged her, she was beaming and told me she was going to put the flag up outside of her house. She was hugging the flag at this point, and she looked up at me and said, “I love it…”

“She is a PERFECT example of what this Nation is all about. Took a Bus out of New York at 0100 in the morning and came all the way to DC for support. Blessed are those who cherish their freedoms.” ~Panzer DOLMC

At this event, I was able to speak with Deacon Taylor, Vice Presidential candidate for the Veterans’ Party of America, I really cannot say it was an interview, it was more like a conversations between two new friends. I will share parts of those conversations in an upcoming article.

*not to be mistaken with those adorable, little yellow creatures
**it actually should have taken 14 hours one way, but outside of Atlanta, there was a car accident with a fatality, blocking all 6 lanes of I75/I85 traffic. I cannot unsee what I saw.

A special “Thank You!!” to the Defenders of Liberty MC, to Wall and all these tough guys with marshmallow hearts of gold!