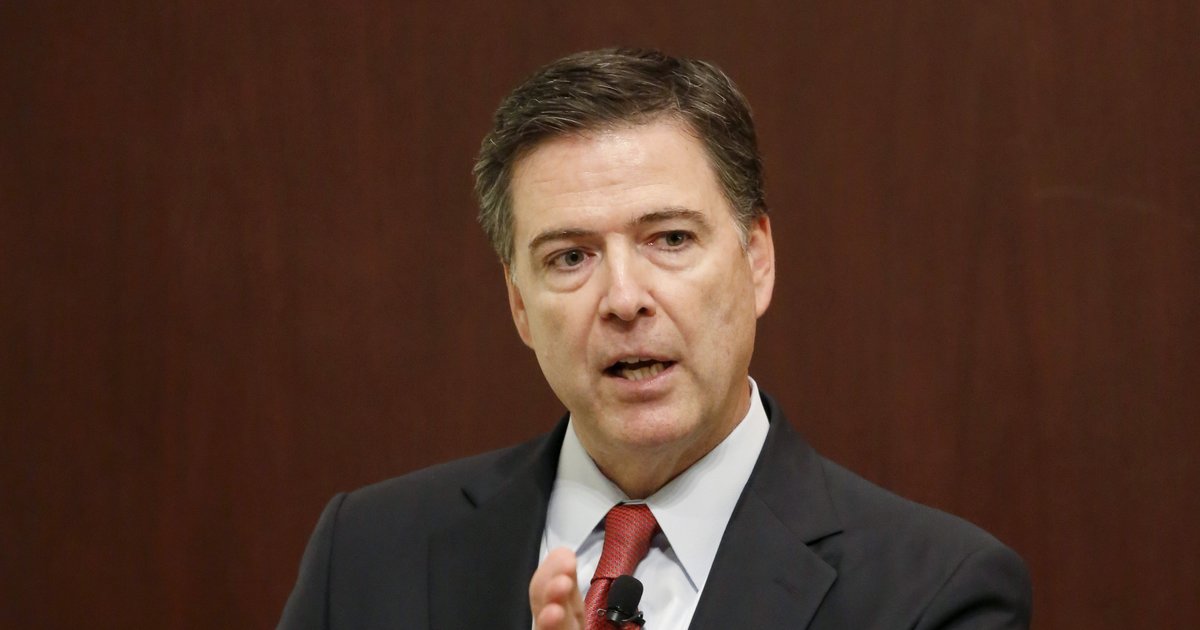 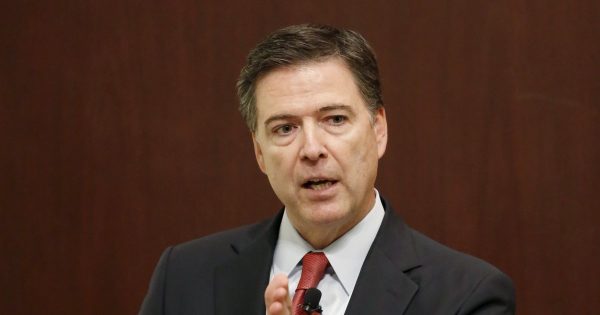 As a child and through my adulthood, my mother instructed me that it was impolite to say, “I told you so.” Therefore, when I ended up being right about a situation, I refrained from saying the phrase that popped instinctively into my head. I adopted other phrases that would serve the same purpose but failed to deliver the sting. In the political atmosphere today, it bothers me not to tell someone “I told you so” and it shouldn’t bother any other conservatives either.

Here is a good example.

The Director of the Federal Bureau of Investigation (FBI), James Comey, pointed out in a speech on Friday in Chicago that violent crime has spiked in many large US cities this year alone because “police officers are worried that performing their policing duties puts them at risk of being accused of a crime themselves.”

Speaking at the University of Chicago Law School, Comey said, “I don’t know whether that explains it entirely, but I do have a strong sense that some part of the explanation is a chill wind that has blown through American law enforcement over the last year.”

In what some are terming “The Ferguson Effect,” violent crime, to include homicides (when homicide is not a violent crime is anyone’s guess), have increased dramatically in cities like Cleveland, Chicago, Dallas, Washington and Baltimore to be specific. After the justified shooting of thug Michael Brown by police officer Darren Wilson in Ferguson, MO, last year, the country saw mass protests spring up in major cities and the rise of “Black Lives Matter” — more properly “Black Lies Matter” — movement organize to highlight other police-involved incidents. Everyone now is using cell phones to record incidents with police then posting these videos to social media.

Comey acknowledged there did not exist any data to support this theory, which came as a surprise to top level Department of Justice officials that do not share Comey’s views. Some cities, such as Oakland, CA, reported that shooting incidents had declined but overall crime remained about the same. Washington Police spokesman Lt. Sean Convoy stated that homicides were up, but overall, violent crime and crime in general are down. Evidently, homicide is not considered a “violent crime” or “crime in general” in Washington.

Comey said a number of police officers he spoke with told him that officers who would “normally stop to question suspicious people are opting to stay in their patrol cars for fear of having their encounters become worldwide video sensations.”

And, here it is folks, the problem of increased crime, stated by FBI Director James Comey, as told to him by unnamed police leaders and officers, is a fear among police of being recorded and having those recordings posted to social media.

As we have witnessed all across America before the Ferguson incident, some police departments implemented unconstitutional policies violating the Fourth Amendment in illegal search through roadside strip searches. Some law enforcement agencies regularly engage in violation of the Fourth and Fifth Amendments through court ordered medical procedures, such as invasive colonoscopies and blood draws. We have all seen the random “checkpoints” spring up across the nation for various reasons. Then, there are the “no knock” raids that have become commonplace with judges upholding the actions of the police officers even when the police invaded the wrong home. News reports have covered officers who are “quick” to pull the trigger on family pets that exhibit no threat but merely bark at police or just come near them to “sniff” and shoot individuals without provocation. Many reports of police using excess force surfaced and plenty of viral videos and police dash cam recordings have been viewed by Americans.

The government further instigated the problem by allowing police departments to “militarize” by offering military equipment to law enforcement departments at reduced prices. Spending large sums of funding on military equipment has to be “justified” so these departments routinely use this equipment when it is unnecessary. To add insult to injury, the government justifies “spying” on every individual in the nation through every method possible, meaning innocent individuals could be “suspects” erroneously since government gleans information from local police agencies and encourages cooperation from local law enforcement.

The view of law enforcement among the public shifted from police being “benevolent protectors” to being a cog in the wheel of government bureaucracy intent on stripping individuals of their God-given rights.

As with any other profession, not all police officers or police departments engage in these unconstitutional violations. However, the general public perception judges all police officers and departments on the actions of a few that are violators. It’s the same judgment seen against law abiding gun owners being judged by the actions of criminals. The Instigator-in-Chief, Hussein Obama, rubbed salt into the wound when taking the side of a criminal like thug Michael Brown over the police officer before an investigation was complete. Moreover, police officers, at times, stand together to protect those officers who engage in rude, aggressive, and verbally threatening behavior during routine calls, such as parking violations. With the advent of technology, citizens with cell phones have cameras with video capability readily available to make their own recordings in response to rights violations.

According to Comey’s unidentified “number of police officers,” they cannot stop “suspicious people” for fear of having their encounters become “worldwide video sensations.”

In this day and age, anyone walking home around 1:00 am from work in a city because they have no car is considered “suspicious” behavior by some, just as constitutional carrying of firearms in a constitutional carry state results in calls to police as being “suspicious.” Individuals carrying large sums of cash for legitimate purposes are deemed “suspicious” by law enforcement when encountered during “routine” traffic stops and have had their assets seized under civil asset forfeiture — an action condoned and authorized by the Department of Justice. When normal actions become “suspicious,” there is a definite problem in this nation. Remember, “suspicious” is subjective.

“I’ve been told by a senior police leader who urged his force to remember that their political leadership has no tolerance for a viral video,” Mr. Comey said, adding that many leaders and officers whom he had spoken to said they were afraid to address the issue publicly.

The stage is now set for local, state, and federal governments to further limit the freedom of Americans because of the “political leadership” intolerance of “viral videos.”

Of course, it isn’t strict gun control legislation in some of these cities, the release of criminals into the community by the Hussein administration, nor the influx of illegal alien invaders coupled with sanctuary cities. It isn’t criminals in general, local governments overlooking rioters and looters in major cities from “Black Lives Matter” protestors, and law enforcement’s fear of reprisal from a criminal administration for the rise in crime. It isn’t the racial divide perpetrated by this administration increasing the black on white attacks nor is it the influx of Muslims intent on “practicing” their culture of rape, pedophilia, honor killings or misogyny. It’s not even the administration accusing police of targeting blacks more than whites. Nope, not at all. It is the “fear of viral videos” that becomes “worldwide sensations” that are causing increased crime.

Remember, patrol car dash cams are there to use in a court of law to incriminate the individual stopped by police, not help crack down on police violations of individual rights; although, some have proven police misbehavior. Some police have no issue with those, just recordings done by private citizens involved or witnessing police encounters. However, recording police incidents have become commonplace because of the violations of individual God-given rights guaranteed in the Fourth and Fifth Amendments of the Constitution by some departments and officers, with police reports being “skewed” in the favor of the officer’s actions. Recording police encounters is a form of protection against rights violations.

Comey went on to cite that some of the increase could be attributed to “cheaper heroin (pull in the war on drugs), guns falling into the hands of criminals (as if anyone couldn’t guess that was coming) and street gang turf wars as possible reasons. However, he went back to the explanation given by unnamed police officers — the “‘taunting’ they receive from youth holding cell phones when answering police calls.” According to Comey, officers told him they felt like “they were under siege” and didn’t “feel much like getting out of the car.”

Seriously? America is to believe it is the recording of police encounters that has produced a surge in crime, according to Comey and his unidentified “senior police leader.” We are to believe these mysterious “many leaders and officers” to whom he supposedly spoke that cited “taunting” from youth holding cell phone cameras on incident calls for the increase in crime, not anything attributable to this lawless, criminal administration and its inconsistency regarding law. And, if cell phone recordings “scare” police from doing their jobs as it’s viewed as “taunting,” how is it that videos continue to surface of police violating the rights of citizens?

Once individual God-given rights start being trampled and upheld by corrupt courts, other rights eventually follow to be on the chopping block. Many individuals have supported the police in their court-ordered blood draws and medical procedures in certain situations as “reasonable” and within the law under “probable cause,” but rail against civil asset forfeiture and roadside strip and body cavity searches. Now, it’s recording police encounters with a cell phone that is looking to be curbed under the ruse it has caused increased crime since police “fear” reprisals resulting from the videos. Sometimes, the only protection against having rights violated by police is a video recording of the encounter.

It is another avenue to strip away more rights of individuals while allowing the perpetuation of additional crimes to achieve an agenda. No need to say it.