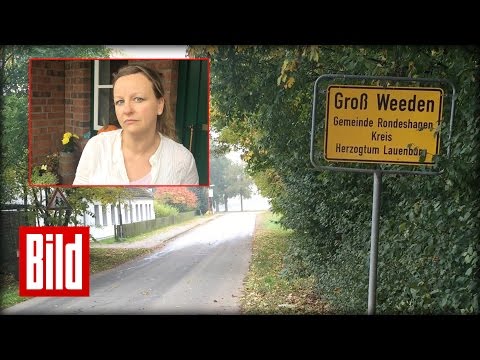 Do people understand what is happening? Town by town, village by village, Europe is being swallowed whole.

Do these people know what is actually happening to them, their cities, their countries? Their only option will come down to civil war.

Google translate is awkward but you get the gist:

Previously, in the discotheque “brickyard” dance and celebrate, now there should arise a first recording device: The country plans on the premises in the Hagener Ronde district Groß Weeden to accommodate up to 1,500 refugees. The small village in the district of Lauenburg has just 60 inhabitants. Target for Schleswig-Holstein either, “the number of Erstaufnahmeplätze to increase by the end gradually to 25,000,” said Interior Secretary of State Manuela Söller-Winkler on Tuesday. This was necessary to allow incoming refugees in the country a humanitarian accommodation and a regular recording procedure.

Mayor is looking for the right words

County and municipality have been taken completely by surprise by its own account of the plans. District Christoph Mager (CDU) only found out on Monday afternoon by the project. He said from now on all his appointments and sat down with the various administrative bodies in connection. “We are still looking for the right words,” said Mayor Andreas Albrecht Ronde Hagens in an initial statement. There were concerns and open questions. Finally Groß Weeden is a small hamlet. Therefore, there will soon be a public meeting at which the citizens should be informed about the plans.

Until the end of November, according to the Interior Ministry in Rondeshagen 200 seats in 50 containers until the end of December a further 900 places will be created in additional 225 containers. “People need a solid roof over your head,” said Söller-Winkler. The property Rondeshagen should be fully established by the end of January. The containers are set up according to information of NDR 1 Welle Nord before the disco, function rooms themselves are provided for the care and support of refugees. Overall, the country is planning 375 residential containers.