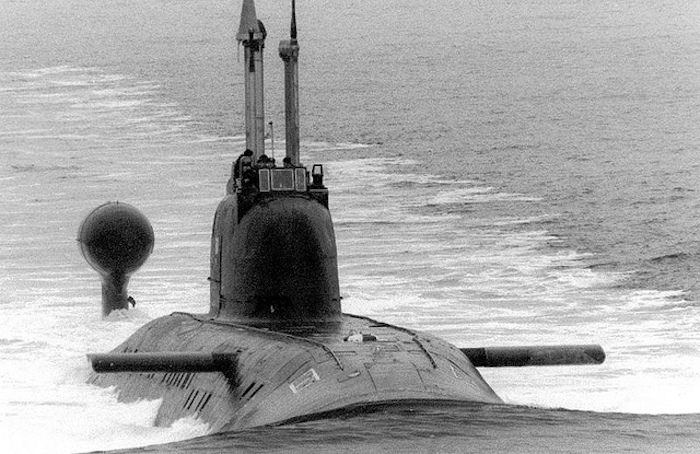 ATTACK TO BE BLAMED ON RUSSIANS?

(INTELLIHUB) — A new report published online Sunday by the New York Times reveals how “vital undersea cables” may be venerable to attack and how the “Russians” have increased “spy ship” and “submarine” operations in and around such undersea installations which the Department of Homeland Security and U.S. Military consider “critical infrastructure” of the United States.

Additionally the report, written by David Sanger and Eric Schmidt, outlined the fact that these “vital undersea cables” actually carry “95 percent” of our daily Internet communications worldwide allowing for “global business worth more than $10 trillion a day” to be conducted online.

Needless to say if any portion of this undersea cable network was affected negatively the global repercussions could be devastating as modern man is so reliant on such technology.

However what I find to be truly disturbing about the report is how the authors are pushing Russia’s alleged ‘interest in the cables’ to readers while at the same time admitting that there is absolutely “no evidence” showing that the Russians are planning an attack of any sort.

Moreover the authors of the piece document U.S. Navy Rear Adm. Frederick J. Roegge’s general concerns about the Russians but fail to substantiate that the Russian’s are up to anything unusual which lead some, like myself, to question the motives behind the release of such information.

THE SETTING OF THE STAGE

This is where we have to use our critical thinking skills and think outside the box. This could all be a grand spectacle, a great play in the works.

You see, back in early September we saw seeds being planted in the media raising concerns that the Russians may be looking into cutting ‘vital undersea cables.’ In fact the Pentagon announced publicly that the ‘Yantar’, a Russian spy ship, was engaging in reconnaissance activity off the U.S. East Coast while en route to Cuba in an attempt to “identify undersea communications trunk lines and nodes.”

But ironically isn’t this the job of every military–to find vulnerabilities? That’s what they do. I mean you can bet that the U.S. Military is trying to find vulnerabilities in Russian infrastructure as well as just about every other country’s infrastructure around the world. That’s how a tactical advantage is gained. This is Military 101, it’s nothing new, and it’s always progressing–unless of course your country’s military is in a decline.

Now bear with me for a moment and fast forward to the New York Times piece written by Sanger and Schmidt which I mentioned earlier. While it may be nothing more than just a hunch the authors had, their added personal flair, their view, their take, or just their opinion in general the authors seem to be drastically out of touch with reality–literally pushing the ‘feel’ on the readers that Russia is our enemy. After all the enemy is always lurking and doesn’t have to be Russia. And even more importantly sometimes that enemy comes from within.

THE MAKINGS OF A FALSE FLAG

Recent media rhetoric surrounding the Russians alleged ‘interest in vital undersea cables’ could just as well be an aspect of a planned false flag attack yet to come. All the telltale signs are here. However that too is just speculation–but to me the stage looks set.

I look at it this way–if these cables truly relay “95 percent” of the world’s communications and “$10 trillion” in commerce a day, don’t you think they would be protected? I mean seriously, why would the U.S. Military let a spy ship or any ship near such vital cables for that matter? And if they do our military leaders are a total failure as anyone knows that such cables should be heavily fortified.

Therefore Sanger and Schmidt may be pushing a narrative that could later reemerge and be plastered all over the press, especially if such undersea cables were ever severed in such an ‘attack.’ It would be a good way to place blame on the Russians when all along such an attack could have been carried out by anyone. Hell, it could even be an inside job.

You have to ask yourself: why would the Pentagon inform the general public about such issues if they were truly concerned? Wouldn’t they want the element of surprise to work for them? Why would they make it public that they suspect the Russians or any nation for that matter of anything? This information would be ‘classified.’ Do you see where I’m going with this? From an intellectual standpoint it simply does not make sense, however the media would like you to believe that the Russians are the current ‘boogeyman.’

SO WHAT WOULD BE GAINED?

I guess you could argue that anything could be gained from such a false flag attack.

I could make one example using the highly polled 2016 GOP Presidential Candidate Donald Trump who is clearly an outsider of the current Clinton-Bush legacy. In fact Trump’s success in the polls may be a ‘fluke’, initially underestimated by the New World Order’s interns to some extent. He may have slipped through the cracks– a Trump Card if you will–pardon the pun. And what if Trump were to win the Presidency? Then neither one of the NWO’s draft picks could shine, it would be a total bust. So from the NWO’s standpoint; why not go as far as to install Obama for a third term?

You see if none of their bought and paid for cronies are going to get the White House seat in 2016, why not tray and retain it in advance–through executive order? You think I’m joking but I’m not. All we need is a crisis, a National Emergency, and it could be done–Obama could remain in office. The road is already paved and it’s only one pen-stroke away.

Am I off topic here or am I on to something? Please comment below.