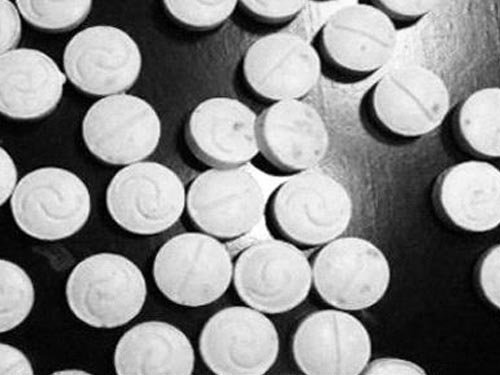 In what is being hailed as the “largest-ever smuggling operation uncovered at Beirut’s Rafik Hariri International Airport,” two tons of drugs were seized by authorities off a private jet.

Among the five Saudi nationals detained for questioning in connection to the drugs was Saudi prince Abdel Mohsen Bin Walid Bin Abdulaziz, member of the Saudi royal family.

Charges involve the smuggling of two tons of Captagon aka Fenethylline pills (amphetamine) and some cocaine to the Saudi capital of Riyadh, according to NBC New York.

These are not big pills. Can you imagine how many it would take to make up a two ton batch?

The bust comes on the heels of an open letter reportedly written by an unnamed Saudi family prince who claimed eight out of the 12 surviving sons are in support of a coup against King Salman.

Be that as it may, it was also recently reported that Captagon is the “drug of choice” for ISIS fighters to stay alert on the battlefield, NOT TO MENTION oh by the way the sales revenue of the drug helps fund the terrorist regime’s entire operation:

While cheap to make, it has a street value of $20 (£12.90) and revenues from its sale reaches into the millions of dollars – part of which is believed to be used by the Islamic State and other militia groups in Syria to buy weapons.

Two tons of drugs seized in connection with the Saudi royals worth millions in revenue which is not only ISIS’ drug of choice but the smuggling and sale of which is believed to help fund ISIS as well?