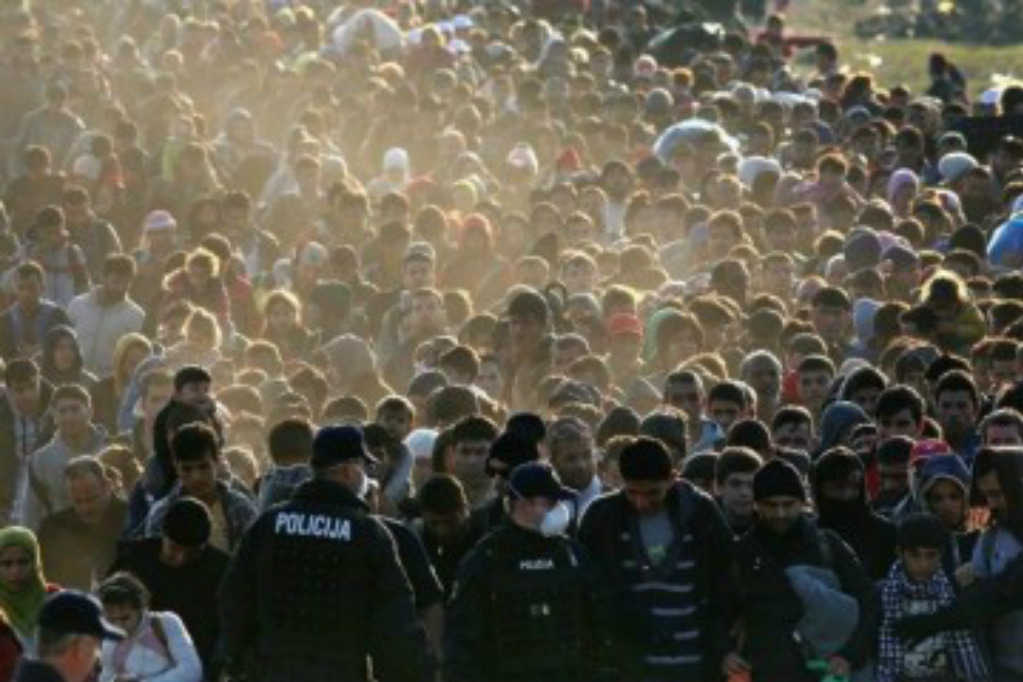 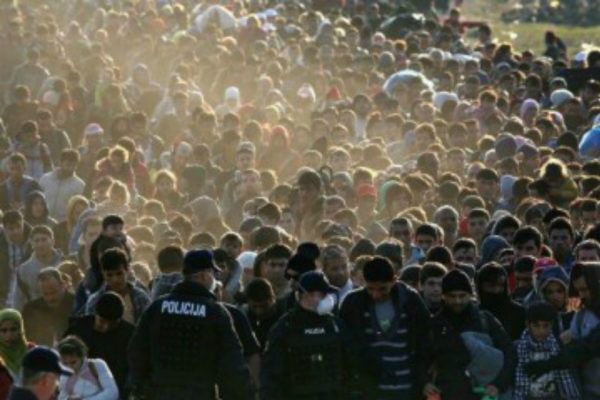 With what seems like a never-ending supply, Muslim migrants from the Middle East and North Africa continue to stream into the European Union. With Hungary closing the direct route to Germany, the migrants are streaming into eastern countries. Slovenia and Croatia are struggling to manage the thousands that are entering them every day.

The tiny nation of Slovenia has received 60,000 Middle Eastern and North African migrants in the past week. Thousands remain stranded near the Austrian border, as the prime minister warned the crisis could be “the end of the [European Union] EU.”

In this environment, some have begun to speak out. They have been shamed, some have been cheered, but there is one brave pastor who may face criminal charges for speaking the truth.

Local prosecutors are investigating a pastor in Germany who referred to migrants as “predatory hordes” and claimed they were creating conditions that could trigger a civil war.

These statements are very hard, but also very true. The German people are facing a critical mass situation socially. With the large influx of people, who think, worship and live so differently than the existing population, it would seem there is no way they can live in harmony with one another. This is the proverbial powder keg awaiting the match to set it off.

The pastor of the Evangelical Free Church in Riedlingen, southwest Germany, spoke of an “illegal, sometimes even violent invasion” and said that German Chancellor Angela Merkel wanted to control the population through “civil war-like conditions”.

The Stuttgarter Zeitung reports that the pastor – who has not been named – said: “Jesus has definitely not said that we should let our land be plundered by invading predatory hordes.”

What are we to make of such statements? What are we to think of migrants being called illegal, violent invaders? Well, if they were coming into our country, would you not characterize them in the same manner? Have they not come uninvited? Have they not been violent to their host?

And what will the Pastor receive for his take on the situation?

The pastor’s remarks were an “extreme position,” Mr Schafft said, adding that the local prosecutor must investigate their legality. However, the prosecutor said that the results of any investigation were not likely to be published until the New Year.

If an offence has been committed, the pastor could face up to five years in jail.

But, the pastor is not alone in Europe. There have been many from differing backgrounds and countries who have expressed a similar understanding of the event.

Earlier this month, a Spanish archbishop warned that the large influx of migrants currently sweeping Europe could be a “Trojan horse.” Cardinal Antonio Cañizares, Archbishop of Valencia, said: “This invasion of migrants: is it totally trustworthy? What will Europe be like in a few years, given when is happening now? You cannot play with history, nor with people’s identity.”

The sentiment was echoed by Hungarian Prime Minister Viktor Orban last week, who said that mass immigration is threatening Europe’s “Christian roots,” adding: “When a crowd rushes into your house without declaring its intention, it is by definition an invasion.”

The great move of the Muslim north into European countries is exactly that: An invasion. And unless or until the people see this for what it is, there is little hope that the invasion will be thwarted.