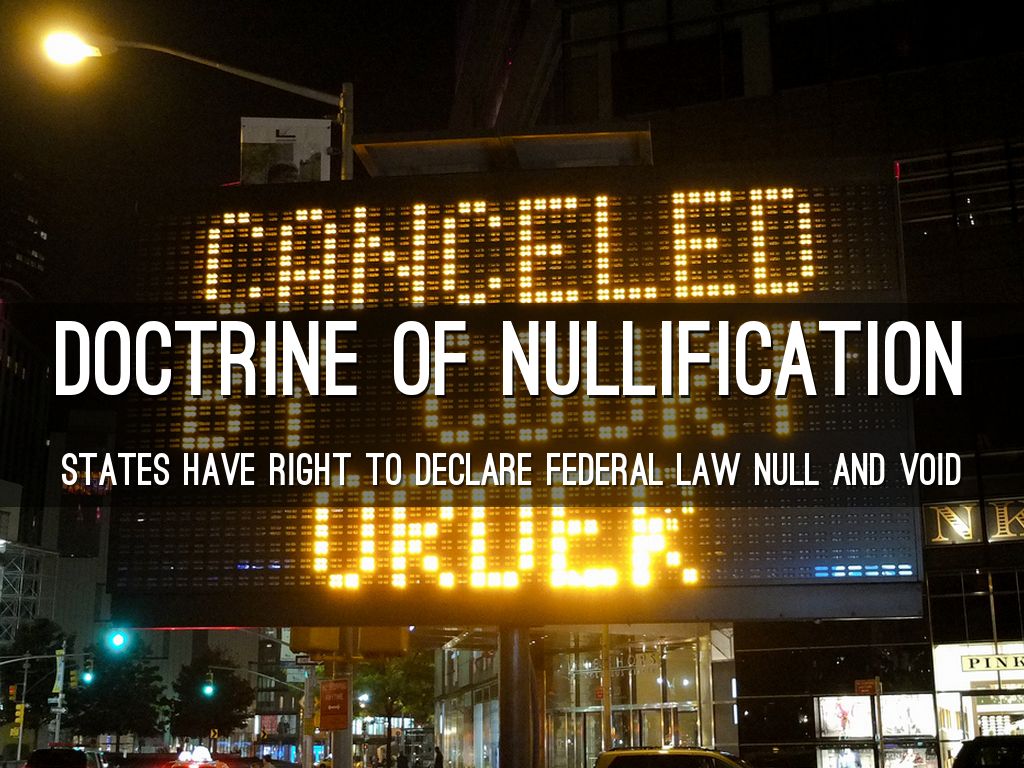 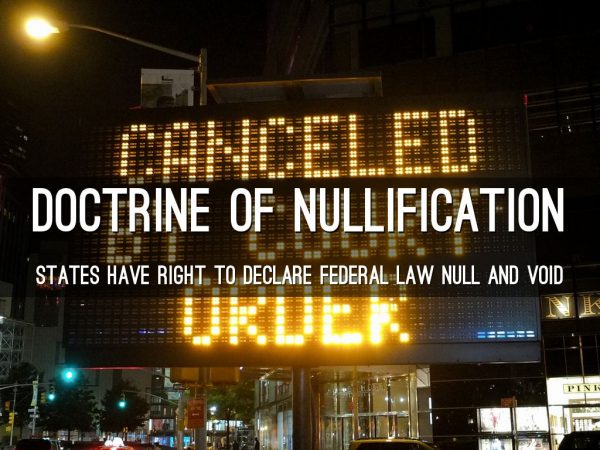 A recent Rasmussen poll, which was conducted in July of 2015 discovered that 33% of Americans support the States openly defying the federal judiciary because of bad behavior, ie. Acting lawlessly.

The poll was taken following the Supreme Court’s illegal and unconstitutional ruling on redefining marriage to include those who practice sodomy and their previous ruling regarding the unconstitutional healthcare mandate nicknamed Obamacare.

Thirty-three percent of likely voters believe the States should exercise their Tenth Amendment rights and ignore the federal rulings because they are in violation of the enumerated powers granted to the judiciary under the Constitution.

According to Rasmussen, these numbers are now up nine points since February, at which time just 24% supported such a measure. Those who disagree fell from 58% in February to 52%. Apparently, a whopping 15% aren’t intelligent enough to know the difference to make a decision.

“Perhaps even more disturbing is that the voters who feel strongest about overriding the federal courts – Republicans and conservatives – are those who traditionally have been the most supportive of the Constitution and separation of powers,” reports Rasmussen. “During the Obama years, however, these voters have become increasingly suspicious and even hostile toward the federal government.”

The polling firm also pointed out that when it comes to those in political parties, fifty percent of Republicans side with the states, while just twenty-two percent of Democrats and thirty percent of independents also side with State’s rights on the issue.

Pastor Matthew Trewhella, author of The Doctrine of the Lesser Magistrates: A Proper Resistance to Tyranny and a Repudiation of Unlimited Obedience to Civil Government, commented on the judiciary and Supremacy Clause:

Funny thing is – when one actually takes time to read Article 6, paragraph 2, they realize that the Supreme Court isn’t even mentioned. In fact, federal courts aren’t even mentioned. What is mentioned – and is declared to have supremacy – is the U. S. Constitution itself and all laws made in accordance therewith.

In other words, America’s founders did not establish judicial supremacy as the Supreme Court is wont to assert (and thereby usurp all other branches of government) – rather they established constitutional supremacy.

All magistrates in America – whether federal, state, county, or local – did not take an oath of subservience to the federal government nor the federal judiciary. Rather, they took an oath to uphold the U. S. Constitution.

True federalism understands that all magistrates – whatever their level or sphere of jurisdiction – possess lawful authority. And that whenever one branch of government begins to play the tyrant – all other branches (whether federal, state, county, or local) have the duty then more than ever to uphold the Constitution and oppose that branch acting tyrannically – even if that branch is the Supreme Court.

Trewhella also pointed out that founding father Thomas Jefferson tried to warn the people about the friction of the Supreme Court being understood as authoritative in all matters.

In writing to William Jarvis, Jefferson said, “You seem . . . to consider the judges as the ultimate arbiters of all constitutional questions; a very dangerous doctrine indeed, and one which would place us under the despotism of an oligarchy.”

Jefferson had previously warned Charles Hammond in 1821, “The germ of dissolution of our federal government is in the constitution of the federal Judiciary; an irresponsible body (for impeachment is scarcely a scare-crow) working like gravity by night and by day, gaining a little today and a little tomorrow, and advancing its noiseless step like a thief, over the field of jurisdiction, until all shall be usurped.”

Just two years later, he would write to A. Coray, “At the establishment of our constitutions, the judiciary bodies were supposed to be the most helpless and harmless members of the government. Experience, however, soon showed in what way they were to become the most dangerous; that the insufficiency of the means provided for their removal gave them a freehold and irresponsibility in office; that their decisions, seeming to concern individual suitors only, pass silent and unheeded by the public at large; that these decisions, nevertheless, become law by precedent, sapping, by little and little, the foundations of the constitution, and working its change by construction, before any one has perceived that that invisible and helpless worm has been busily employed in consuming its substance.”

If you are one that believes the Supreme Court is the final arbiter of what is lawful and constitutional, then you have believed a lie and a myth that Jefferson warned about. The States still retain their rights to this day to defy the federal judiciary, which has become an oligarchy. We just need strong statesmen as governors and legislatures to make that stand! The people will get behind those that will take the stand, but we must first seek out those willing to put all they are on the line for the sake of freedom, not necessarily a political future.