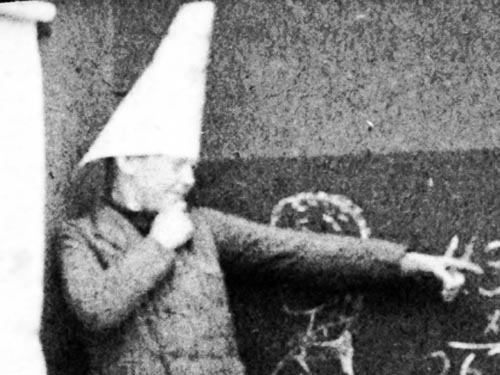 A school district north of San Francisco has decided to implement a new “grading system” that almost entirely negates the point of, well, grading systems.

Under a new policy, students will be able to earn passing grades with scores of just 20 percent — and a solid C for doing absolutely nothing at all…

The Cotati-Rohnert Park grade scale deviates from the traditional, well-established A-through-F scale by distributing grades in 20-percent increments from 0 to 100 percent, and by only giving grades of F for students with scores below 20 percent.

Thus, students who receive a score of 80 will be awarded an A-. In fact, any grade from 80 to 100 will be either an A or A-. By way of comparison, most students in America who score between 80 and 85 in a given class are sent home with either a B- or a B.

An accumulated percentage of 41 percent — which merits a well-deserved grade of F across most of the country — will now warrant a C- from the Northern California school district.

A measly percentage of 20-40 warrants passing grades between D- and D+.

Along with the new scale, teachers are now required, by district-wide rule, to always give students at least a 50%, even if they never complete any work at all.

In other words, Cs for everyone! Guess no child really ever will be left behind.

So far, the scale has led to students realizing they can skate by with “massive grade inflation”. Teachers say they’re already seeing kids try way less because the kids have figured out it doesn’t matter anyway.

Why work extra hard studying for that A on a test when 80% will basically get a kid the same result?

In fact, the scale will likely quash any incentive some kids have to do anything academically in school at all period.

Talk about being dumbed down…

At that point, why grade at all? In fact, the wimpy excuse for a grading system is likely more harmful that just not giving grades in the first place.