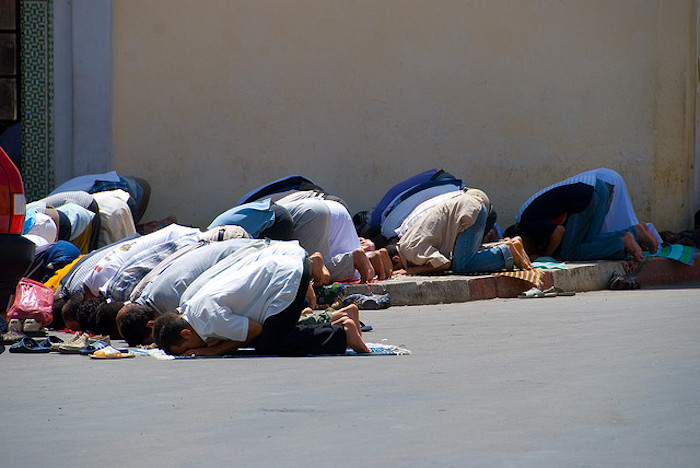 PARIS, France (INTELLIHUB) — Police have been ordered by the French government to allow scores of Muslims to hold prayer in the streets, against French law, forcing residents to remain put until the ceremony is over and the streets are once again clear.

“They are blocking the streets with barriers. They are praying on the ground. And the inhabitants of this district cannot leave their homes nor go into a home during those prayers. The Muslims taking over those streets do not have authorization.”

Local laws stipulate that people must practice their religion at home, in a church, or synagogue and not in public view.

Now some locals are furious after finding out these Muslims are actually above the law, displaying their absolute power. In fact it has even been entertained by some that France will one day be under full-blown Sharia Law.

Additionally the Parliament is set to “debate a new Burqa law this month,” according to CBN News. However it’s currently unknown which way the law will go.

Ladies and Gentlemen this essentially means that French law has been defiled; i.e. France is no longer a country. Furthermore officials have either no common sense, no control, or some other plan which some think will lead to eventually transforming the Parliament into a mosque and installing Sharia Law.