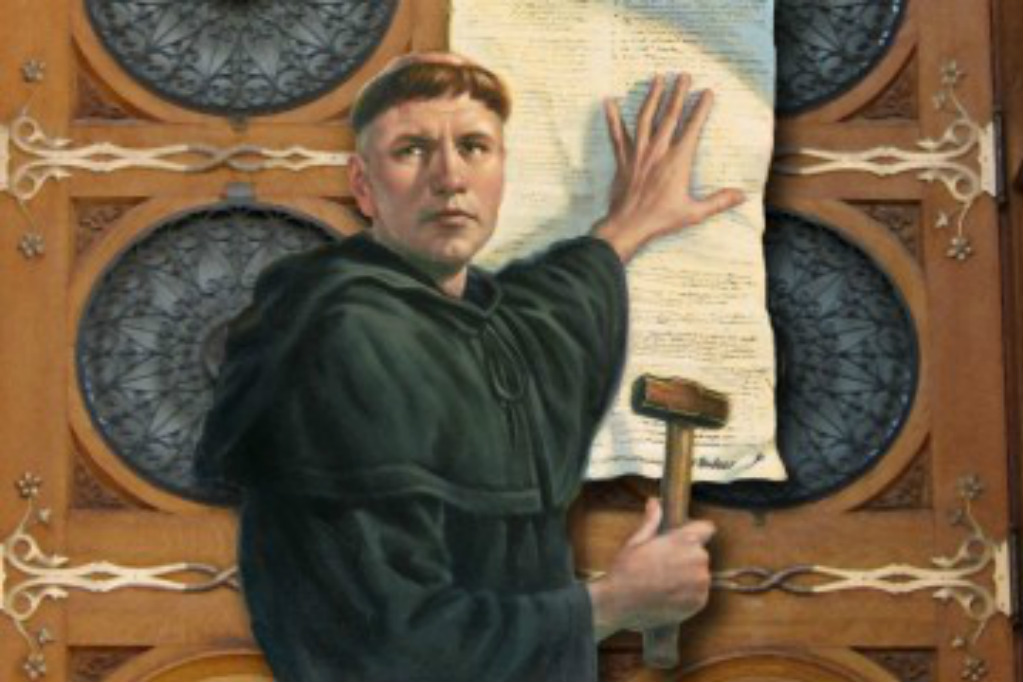 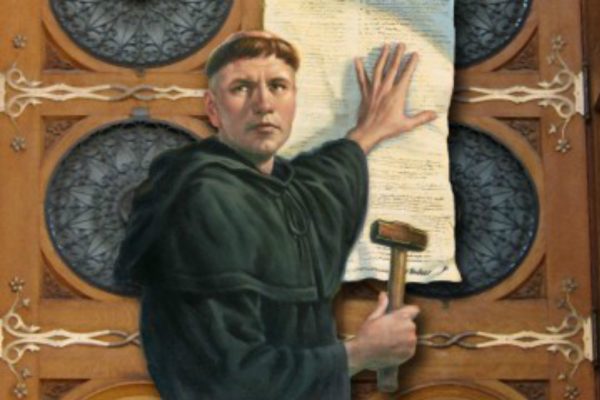 On Oct. 31, 1517, an Augustinian monk named Martin Luther posted 95 debate questions on the door of Wittenberg Church, which began the movement known as “the Reformation.”

In 1521, 34-year-old Martin Luther was summoned to stand trial before the most powerful man in the world, 21-year-old Holy Roman Emperor Charles V. Charles V of Spain’s empire spanned nearly 2 million square miles across Europe, the Netherlands, the Far East, Philippines, North and South America, and the Caribbean.

At the Diet of Worms, Charles V initially dismissed Luther’s theses as “an argument between monks” and simply declared Martin Luther an outlaw. Martin Luther was hid by Frederick of Saxony in the Wartburg Castle, where he translated the New Testament into German.

Charles V’s unruly troops sacked Rome and imprisoned Pope Clement VII for six months. He oversaw the Spanish colonization of the Americas, and began the Counter-Reformation. He eventually responded to the pleadings of the priest Bartolome’ de Las Casas and outlawed the enslavement of native Americans.

Martin Luther wrote: “The Turk is the rod of the wrath of the Lord our God. … If the Turk’s god, the devil, is not beaten first, there is reason to fear that the Turk will not be so easy to beat. … Christian weapons and power must do it…”

Martin Luther continued: “(The fight against the Turks) must begin with repentance, and we must reform our lives, or we shall fight in vain. (The Church should) drive men to repentance by showing our great and numberless sins and our ingratitude, by which we have earned God’s wrath and disfavor, so that He justly gives us into the hands of the devil and the Turk.”

In an attempt to unite the Holy Roman Empire against the Ottoman Muslims, Charles V agreed to a truce recognizing the Protestants, as Eric W. Gritisch wrote in “Martin – God’s Court Jester: Luther in Retrospect” (Philadelphia: Fortress, 1983, p. 69-70): “Afraid of losing the much-needed support of the German princes for the struggle against the Turkish threat from the south, Emperor Charles V agreed to a truce between Protestant and Catholic territories in Nuremberg in 1532. … Thus the Lutheran movement was, for the first time, officially tolerated and could enjoy a place in the political sun of the Holy Roman Empire.”

As the Islamic threat intensified, reformer John Calvin wrote to Philip Melanchthon in 1543 (“Selected Works of John Calvin: Tracts & Letters,” I: 373): “I hear of the sad condition of your Germany! … The Turk again prepares to wage war with a larger force. Who will stand up to oppose his marching throughout the length and breadth of the land, at his mere will and pleasure?”

Followers of the reformers, who “protested” certain doctrines, were generally referred to as “Protestants.” Some Protestants refused to help Charles V who was defending Europe from the Muslim invasion. Finally, Charles V made a treaty with the German Lutheran princes by signing the Peace of Augsburg, Sept. 25, 1555, ceasing the religious struggle between Lutherans and Catholics. A line in the treaty, “cuius regio, eius religio,” allowed each king to decide what was to be believed in his kingdom.

A month later, Oct. 25, 1555, suffering from severe gout, Charles V abdicated his throne and lived the rest of his life secluded in the monastery of Yuste, leaving his son Philipe II to rule.

As different kings in Europe chose different denominations for their kingdoms, millions migrated from one country to another simply for conscience sake, and eventually spilled over into the colonies in America.

New York University Professor Emeritus Patricia Bonomi, in her article “The Middle Colonies as the Birthplace of American Religious Pluralism” wrote: “The colonists were about 98 percent Protestant.”

Of the 56 signers of the Declaration, most were Protestant, with the notable exception of Catholic Charles Carroll of Maryland.

British statesman Edmund Burke addressed Parliament, 1775: “All Protestantism … is a sort of dissent. But the religion most prevalent in our Northern Colonies is a refinement on the principle of resistance; it is the dissidence of dissent, and the Protestantism of the Protestant religion.”

Samuel Adams stated when he signed the Declaration of Independence: “This day, I trust, the reign of political Protestantism will commence.”

Martin Luther, who died in 1546, wrote: “I am much afraid that schools will prove to be the great gates of hell unless they diligently labor in explaining the Holy Scriptures, engraving them in the hearts of youth.”