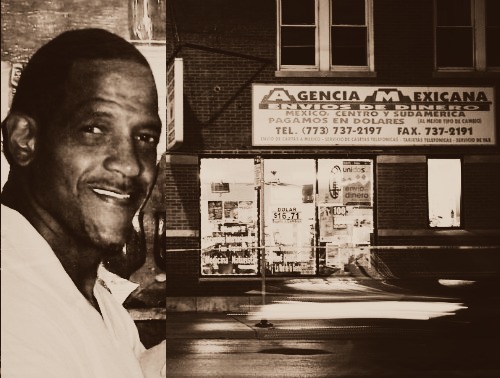 At first, the employees might have thought it was a Halloween prank, but that all changed rather quickly.

A masked man walked into a Mexican bodega in Gage Park, south side Chicago, around 7 p.m. and pulled out what looked like a real enough gun, aimed it at a store employee and forced her to the back where a currency exchange is located.

Just then, a customer in the store with a concealed carry permit pulled out his own gun.

As it turns out the robber’s gun was just a toy.

He was shot several times by the customer and pronounced dead just ten minutes after the robbery began.

The suspect, 55-year-old Reginald Gildersleeve, had a decades-long rap sheet that included robbery. He had worked at the bodega previously. Police say they do not believe the situation was just a Halloween gag.

The whole case has been referred to the Cook County state attorney, but charges against the citizen who fired the deadly shots are highly unlikely, as the use of force has been deemed justified by authorities.

Igbinosa Oronsaye, whose mother married Gildersleeve three years ago, called for charges against the shooter, sparking a debate on the legality of what happened (via WAPO):

“The shooter should be arrested and tried for murder,” one wrote. “A conceal carry doesn’t give you the right to act all Wyatt Earp. He wasn’t in danger.”

Many others, however, sprang to the defense of the shooter.

“You can’t know that a gun is real or not when someone points one at you,” one wrote.

“He deserved to die,” added another, “and sorry but when you are saving lives and protecting yourself you shoot to kill.”