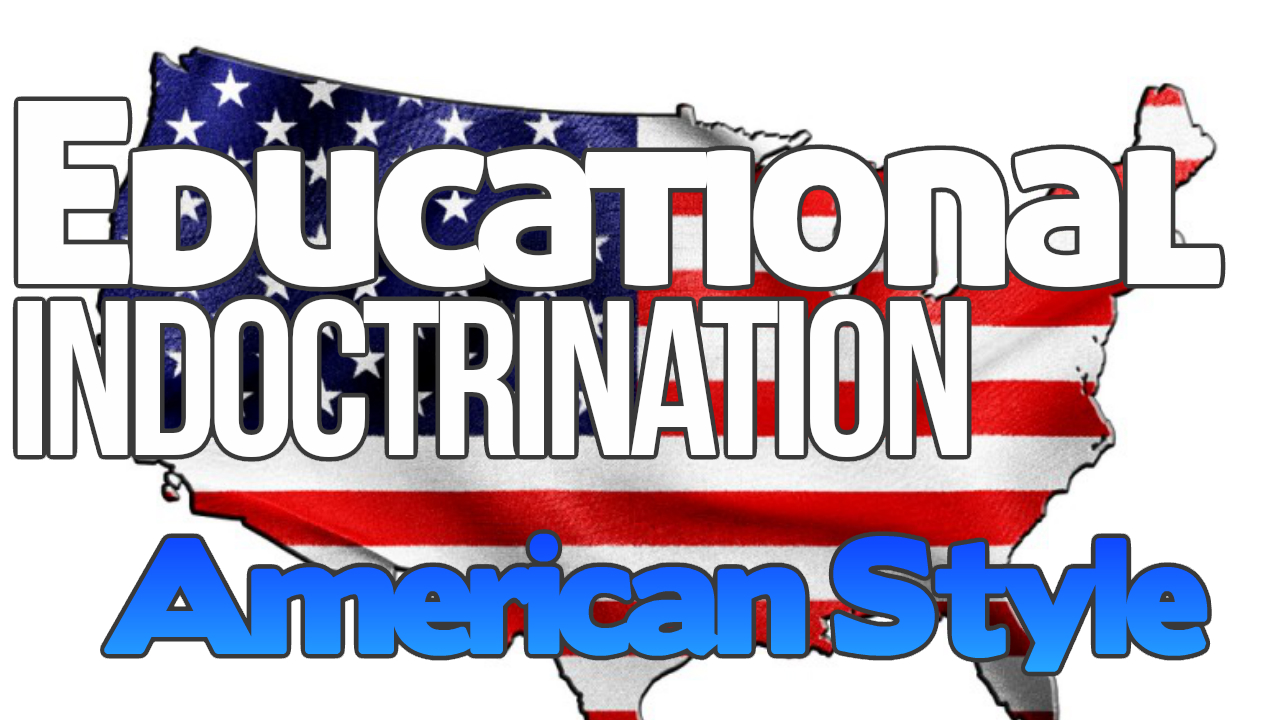 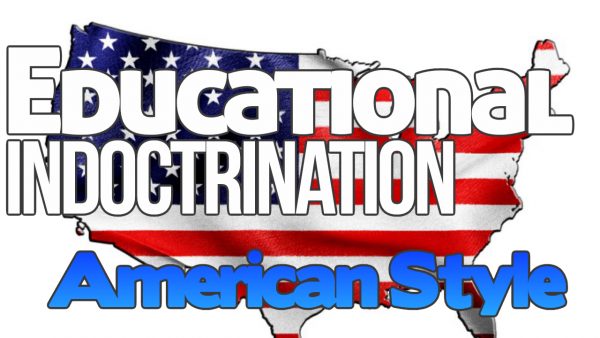 It has long been understood that a society needs to be connected to its past in order to have a vibrant future. Today, however, there seems to be very little attention paid to the past, as education now revolves around the idea of training a sustainable workforce for the future. Everything revolves around the issue of climate change, and every effort is being made to convince the public that everything possible that can be done to save the planet from the destructive effects of human behavior must be done. In 2010, the International Labor Office of Geneva[1], along with G20[2], published the “Skilled Workforce for Strong, Sustainable and Balanced Growth” report where it is admitted that climate change is driving the agenda.

Climate change is a major driver of technological change and innovation in the search for measures and policies to mitigate or help adjust to its effects. Sustainable development and the integration of environmental protection into economic and social development objectives are among the most challenging issues on the national and international policy agenda.[3]

This agenda is even seeping into your children’s educational curriculum in an effort to indoctrinate them into the false religion of global warming, turning them into activists for liberal causes. In their paper “Environmental Education: Turning Kids into Political Activists”[4], Dr. Stephen Jackstadt and Dr. Michael Sanera write that outside of the educational strata, the environmental movement has almost come to a screeching halt, and, through implementing it in education, the movement is once again growing. This is because school-aged children and college students alike are being inundated with global warming propaganda, while being encouraged to do whatever is necessary to save the planet for future generations. Textbooks like Environmental Science[5] published by Holt McDougal, for example, are teaching that the oil and gas industry are responsible for global warming, according to Newsweek.[6] Jackstadt and Senera also write that children are taught how to contact their congress men and women in an effort to advocate for reforms sought by global warming activists. [7]

Global warming is not the only area where educators work relentlessly to change children’s values and beliefs. The issue of gun control is also being used to turn our kids into political activists. The publication “News Education”[8] released an “educator’s guide” designed to help schools educate children on the issue of gun control. Many of the lies presented in the publication are the same ones we generally hear from the left on any given day. The U.S. has the highest rate of gun violence in the world, for example. This is not the truth; in fact, if we removed America’s most violent cities that incidentally have the strictest gun control measures in place, America would be among the least violent countries in the world. [9] Another common lie used by this educators guide is the belief that a background check is not required at gun shows. This is not true, as gun shows are mainly made up of licensed gun dealers who are required by law to perform the same back ground checks as they would from their stores. The only type of gun sale that does not require a background check is between private individuals, and this is because there is no realistic way to govern these transactions—there is no law that can be passed that would ensure these background checks take place. The Educators Guide on the Battle over Gun Control [10]focuses on turning your children’s opinions against gun rights. The main point being made is that the Senate shot down gun control measures that would allegedly reduce violence after the Sandy Hook elementary school shooting. They draw attention to false statistics about gun violence and then blame gun owners and gun rights lobby groups like the NRA. There are also textbooks that are taking the liberty of rewriting the second amendment. Common Core textbooks such as “United States History—Preparing for the Advanced Placement Examination”[11] teach that the second amendment only applies to state-run militias, implying that only the government has the right to “keep and bear” arms. Many children come from conservative, pro-gun families, so these lessons are likely to cause conflict among many students, as they are virtually conditioned to view educators as figures of authority.

These lessons, among many others, are designed to deliberately turn children’s values against their parents’ for the purpose of re-making society. The left believes that conservative values such as family, Christianity, and constitutional, representative government, are all outdated and stand in the way of a new, state-run utopia. They believe that, in order to remake society, they must target the younger generations by indoctrinating them into socialism/communism. For instance, Adolph Hitler was very successful in turning children against their families through education, while convincing society as a whole that that the purpose of the state must be committed to the total development of young people.

“The state must declare the child to be the most precious treasure of the people. As long as the government is perceived as working for the benefit of the children, the people will happily endure almost any curtailment of liberty and almost any deprivation.”[12]

This is a technique commonly used today when it comes to issues such as climate change and gun control. It is not uncommon to see President Obama surround himself with children when pushing these policy agendas. Other communist regimes such as Maoist China, The Soviet Union, and Pol Pot’s Cambodia also targeted the children through education. Today, there is a massive effort to demonize the religious convictions of parents as being oppressive to children. The left claims that parents’ values often stand in the way of child achievement, and because of this, there is a need for the state to intervene and take over parental responsibility. For example, a family in Germany had their children forcibly removed by the government[13] because they had chosen to home school their children because they believed the public schools did not share the same values they wished to impose upon their children. The problem is that Germany is part of the European Union Conventions on the rights of a Child.[14] Article 29 of the convention (treaty), for example, lays out children’s rights when it comes to education and a child’s right to free expression.

(a) The development of the child’s personality, talents and mental and physical abilities to their fullest potential;

(b) The development of respect for human rights and fundamental freedoms, and for the principles enshrined in the Charter of the United Nations;

(c) The development of respect for the child’s parents, his or her own cultural identity, language and values, for the national values of the country in which the child is living, the country from which he or she may originate, and for civilizations different from his or her own;

(d) The preparation of the child for responsible life in a free society, in the spirit of understanding, peace, tolerance, equality of sexes, and friendship among all peoples, ethnic, national and religious groups and persons of indigenous origin;

(e) The development of respect for the natural environment.

These points established in article 29 do little to represent true freedom and actually serve to create an ideal citizen living under the oppressive thumb of a communistic, world government. In this case, it is the belief of the liberal, leftist Germanic government that the parents’ Christian values were oppressive to the child, and further served to prevent the children from living up to his fullest potential, and expressing himself freely.

Writing for the Journal of the Scientific Study of Religion, in their paper entitled “The Effects of Parents’ Fundamentalism on Children’s Educational Attainment: Examining Differences by Gender and Children’s Fundamentalism,”[15] Darren Sherkat and Alfred Darnell claim that children of Christian fundamentalists often suffer from social pressures against secular education. They also claim that children in fundamentalist families suffer from limited options in education, due to fearing a lack of support from parents. They also claim that the contradictions created by the “creation myth” as opposed to the scientific facts presented in secular education contribute to this, suppression of children. They write:

Conservative Protestants have long been concerned about the focus and desirability of secular education. Evolutionary theories of human and animal origins are clearly oppositional to the literal interpretation of the creation myth preferred by fundamentalists, and controversies over Darwin’s theory of evolution are ubiquitous. Many conservative Christians are averse to the scientific method which seeks to discover facts rather than proclaiming “The Truth.” Scientific findings often seem to promote alternatives, or are questioning of, claims made in the Bible.[16]

This paper is written by scholars who do not believe in God and who seek to change your children’s worldview because they believe, as Karl Marx, that religion is the opiate of the masses. Sherkat and Darnell further illustrate that parents’ religious beliefs hinder children’s pursuit of education in the following way: they claim that parents may only support the educational pursuits of children who share their views because fundamentalist Christians hold onto an outdated, patriarchical family structure, therefore supporting the ambitions of males who wish to carry on the family tradition and only advocating for domesticated, home-orientated roles for women. In other words, fundamentalist Christians are sexist, according to this research.

There are many papers that exist in academia that support a leftist worldview and the idea that that the state needs to intervene in a world where oppressive, conservative parents are actively working to suppress their children’s values. Academic papers exist across a broad spectrum of topics that seek to inoculate children into a communistic world view, as the powers that be continually push for more centralized control. In Brainwashing: A Synthesis of the Russian Textbook on Psychopoltics,[17] Laventia Beria discusses the need for the existence of such papers when it comes to indoctrinating a nation into the tenants of communism. He writes:

Technical papers should exist as to the tremendous number of cures effected by psychology and psychiatry, and whenever possible, percentages of cures, no matter how fictitious, should be worked into legislative papers, thus forming a background of evidence which would immediately rebut any effort to actually discover anyone who had ever been helped by psychiatry or psychology.

While this paragraph deals with the issue of psychology and psychiatry, it must be remembered that communists look at America itself as an unhealthy body. To them, Christianity and individualism are signs of a sick nation in need of mental healing. By infiltrating education, they are applying the principles of psychopolitics by introducing into the academic world opinions and biases that are designed to turn children into advocates for their causes.