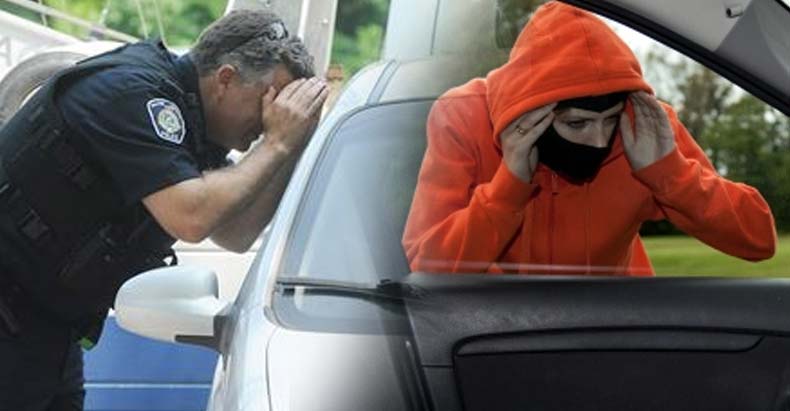 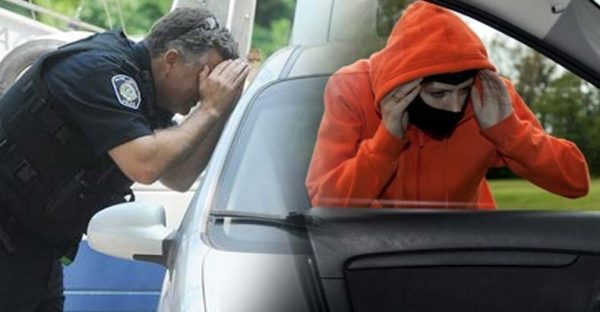 The New Haven police department announced its plans this week to start stealing things from unsuspecting residents who leave their doors unlocked. If you are missing your valuables, it may not have been taken by a private thief, it could have been stolen by a public thief.

According to Lt. Herbert Sharp of the NHPD, police are now taking private property from unlocked cars and bringing it to the station. This, of course, is done so to “deter theft.”

Sharp assures the public that when his officers are opening the door to your property and removing your belongings, with no search warrant and no probable cause, that this is 100 percent legal. “It’s called a caretaker,” explains Sharp.

“When it comes to a car, if there is something in plain view that is of value, and the car is unlocked, law enforcement can go into the car and retrieve that item and take it into the property (room) and place it where it is safe,” Sharp told residents at the most recent meeting of the East Rock Management Team.

Sharp, whose intentions are no doubt ‘noble’ in purpose, says that this theft to prevent theft will do two things. “The bad guy is not going to break into the car and be able to take that item. It inconveniences the person to come down and pick up the property,” he said.

Sharp says this inconvenience is a ‘tough love’ approach to teach people a lesson by causing them undue stress in provisionally stealing their stuff. “Maybe next time they won’t leave their stuff in plain view,” Sharp said.

Kevin McCarthy, a former chair of the management team, suggested a hypothetical where someone leaves a prescription in a bag in the car and then comes out to find it is gone.

Sharp said if a thief takes them, the victim can get a new prescription, but that medicine, depending on what it is, can quickly be sold on the street.

“Not to sound harsh, but if you are a dumb (person) … and leave your computer in the car, you deserve to have it stolen. Don’t you guys have more important things to do?” a rational resident asked Sharp during a town meeting.

If the police were truly concerned with theft, they would stop stealing from their citizens by ending citations for victimless crimes like seat belt violations or window tint. However, despite lacking any evidence that police stealing the private property of individuals will deter crime, Sharp has begun the program – much to the chagrin of local residents.

How about I take the stuff that’s valuable out of the cops unlocked car and leave’m a note that says pick it up at my house ?? I wonder how that would play out ??? Just wondering ??? -says Facebook user Jim.

Cops can’t go inside cars regardless if your valuables are in plain sight. Since valuables isn’t illegal they would still need permission to search your car or open it. Having a cop take your valuables and making you go all the way to the station is no diffrent than a criminal doing it. -says Facebook user Will.

If someone leaves the car door unlocked and something “booby trapped” in the car (for example, an armed rat trap inside a purse) and a cop gets his hand in the trap — then what happens? Or if they take a purse from a car and a baggie of pot falls out? -points out Facebook user Deborah

If the history of police wasn’t rife with theft and a constantly expanding myriad of techniques to separate the citizen from their money, one may actually think that the New Haven police are actually doing some decent community outreach. Unfortunately, police departments nationwide have less than perfect track records when it comes to actually looking out for the wellbeing of the individual.

This theft to prevent theft system will most likely morph into one of the many novel ways police will violate our 4th Amendment rights in an attempt to collect more revenue.

Sound off in the comments to let us know how you feel about this ridiculous practice.