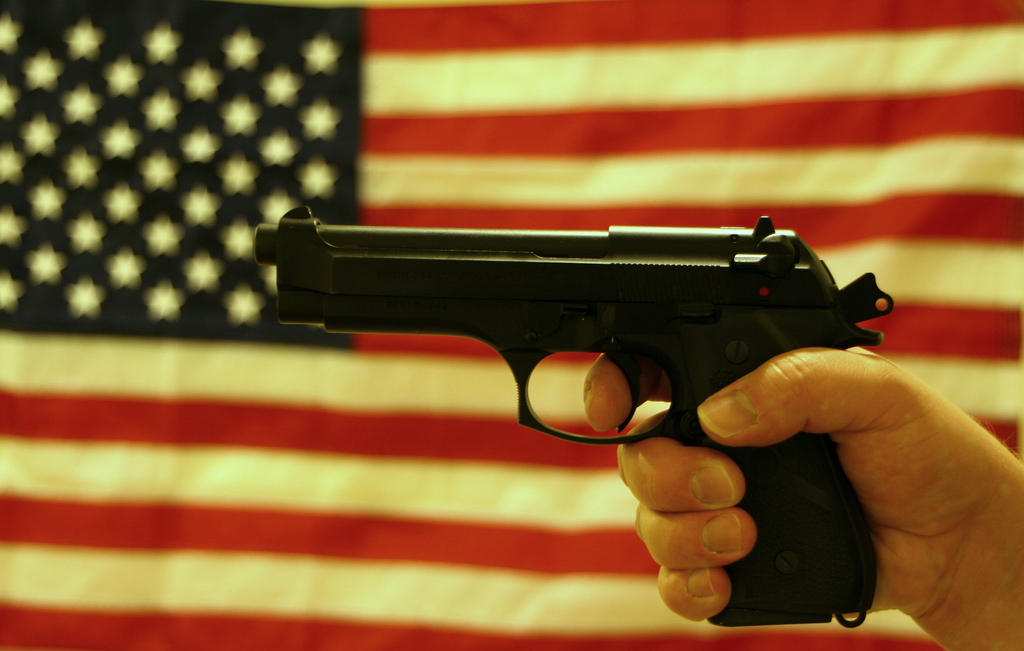 (INTELLIHUB) — In the last month numerous liberal news outlets and mainstream media commentators have either directly admitted that they want mass gun confiscation in America or implied it by promoting Australia’s response to a mass shooting in the 1990’s.

In true Orwellian doublespeak, these same news outlets also routinely ridicule the pro gun side for even insinuating that liberals consider confiscation a legitimate option.

Related: CNN and liberal professor push for outright gun ban and mass confiscation “once and for all”

Now, in what appears to be out of simple frustration, a mainstream media reporter has penned an op-ed in which he openly admits that liberal gun control advocates absolutely do favor mass confiscation by government force but are simply too afraid to totally admit this fact. (Although as I have shown, numerous gun grabbers have selectively let the cat out of the bag)

The article, written by James Kirchick in the Daily Beast, starts off with a title that confirms that yes, they do want to take away our guns but are too cowardly to actually publicly speak about it.

“Why don’t gun-control advocates like Hillary Clinton talk about the one gun control solution that could actually fix the firearms problem in America,” Kirchick asks in the articles byline.

The article itself is essentially about detailing what the author believes are beliefs on both sides of the debate that those that hold them are unwilling to admit publicly. For gun control advocates that is mass confiscation under the threat of violence and for the pro gun side that is the belief that although it is a tragedy each and every time, some citizens naturally are going to die in order for Americans to keep their 2nd Amendment rights.

For the gun-control side, the unspoken belief is that nothing short of all out confiscation will have an appreciable effect on decreasing gun deaths. Then again, it’s not that unspoken—gun-control advocates just prefer tergiversation to clarity.

Democratic candidates, officeholders, and liberal websites frequently invoke the example of Australia, for example. After a 1996 shooting rampage killed 35 people, the Australian government outlawed an array of firearms and instituted a compulsory buyback program that effectively eliminated private gun ownership. Since then, gun violence has dropped precipitously.

Rarely in American gun-control advocates’ references to the Australian policy, however, do they acknowledge that the program amounted to confiscation. “

When Australia had a mass killing—I think it was in Tasmania—about 25 years ago, it was just so shocking, the entire country said, ‘Well, we’re going to completely change our gun laws,’ and they did,” Obama said after a June shooting in a Charleston church killed nine people. Curiously, the president omitted just what “change” the people of Australia decided to implement.

Democratic presidential candidate Hillary Clinton told an audience in New Hampshire last month that “Australia is a good example” of gun-control laws, so much so that it “would be worth considering” the Antipodean solution here in the United States. She, too, neglected to mention the obligatory nature of the gun buyback scheme.

Kirchick is basically reporting what I and many others have reported ad nauseam over the past few months and that is the fact that liberals openly want confiscation and that this is proven whenever they bring up Australia.

The difference is that Kirchick is writing for a mainstream news outlet with a history of liberal bias, a source that Americans unfamiliar with the alternative media would immediately consider credible. What we have here is basically the full on admission by the mainstream press that mass confiscation is the plan held by the anti gun left.

Kirchick goes on to highlight the laughable nonsense that is Hillary Clinton and her allies promoting confiscation on one hand while attacking anyone that brings up the fear of confiscation on the other.

The following week, after having explicitly praised gun confiscation, however, she mocked the National Rifle Association for supposedly scaring its members into thinking that “they’re the only thing that’s going to stop the black helicopters from landing in the front yard and people’s guns being seized.”

Holding up Australia as a model of sensible gun policy without mentioning how that government forced its citizens to turn over their weapons is like praising Chinese population-control efforts without mentioning the one-child policy.

These advocates of gun control note the efficacy of the confiscations they only hint at while sidestepping the fact that none of the restrictive measures they explicitly endorse—banning so-called assault weapons, limiting the size of magazines, or requiring background checks on the private transfer of firearms—would have prevented these mass shootings, committed as they were by individuals using legally obtained firearms that did not fall under the definition of “assault weapon.”

While Kirchick claims that actual confiscation, although favored by gun control advocates, is impossible in the United States, recent signs indicate that, at the very least, these anti gun zealots are going to try, even if that means risking a new civil war.

As I reported less than two weeks ago, a recent court ruling has literally given gun control advocates the legal framework to pass mass confiscation legislation on a federal level.

“In a ruling that directly paves the way for mass confiscation of firearms in America, the U.S. Court of Appeals for the Second Circuit, in a much-anticipated decision, has upheld the constitutionality of the New York SAFE Act of 2013.

Shockingly, the court ruled that nearly all of the most drastic gun control law in the history of the United States did not violate the Second Amendment and is therefore constitutional.”

Add this to the fact that liberal news outlets are now calling for all gun owners to be shot and you have a plethora of direct evidence that the anti-gun faction in this country is ready to take their mission to the next level.

Why is the mainstream media now expressly admitting that gun control advocates want mass gun confiscation under the threat of government violence?