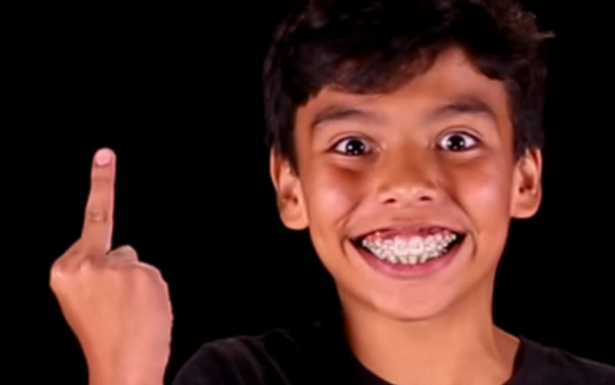 In certainly one of the more eyebrow-raising political ads thus far in the 2016 campaign, a bunch of little kids cuss out Trump.

Look out Trump! Latino kids born in the USA have got something to say as they hilariously let loose on Trump pounding his anti-Latino racism point-by-point like a piñata. Some will find what they say shocking (F-bombs ahead) but there’s no denying the math that you can’t win the White House without the brown vote. The first video from DeportRacism.com, an online movement to fight anti-Latino racism in the 2016 election.

The leftist Super PAC who put up the ad is also attempting to pay someone $5,000 to heckle Trump as he hosts SNL his weekend:

The PAC, Deport Racism, says it will give $5,000 to anyone in the audience of the NBC show who interrupts the live TV broadcast on November 7 by shouting the words “deport racism” or “Trump is a racist.” The group says on its website that allowing Trump to host the famed comedy program “sends the wrong message that his offensive and racist comments about Latinos and Mexicans are acceptable.” […]

“We’re hoping the $5,000 will help people on set or in the studio audience find the bravery to speak out loudly and help focus the national conversation on that we need to deport — racism, not people,” Santiago Cejudo, an organizer with Deport Racism, said in a statement announcing the bounty. “It’s 2016, and Trump needs to hear that you can’t win the White House without the brown vote.” (source)