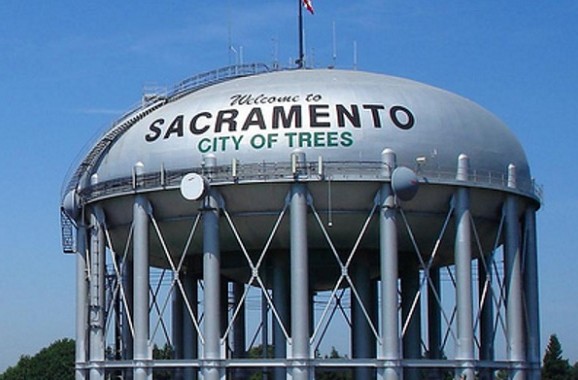 Sacramento, CA — In 2013 and 2014, the City of Sacramento performed a water treatment experiment at the expense of residents of the city “to save money,” according to a local news investigation.

Area residents were never informed about the toxic chemical contamination of their water that resulted from the experiment. “Cancer, miscarriages, and birth defects” are the consequences of consuming those chemicals, but the extent to which Sacramento residents are likely to experience these symptoms is not yet known.

City officials allowed the experiment to continue for an entire year —despite knowing early on that very process was creating carcinogens. For how long that contamination will be suspended in the water supply is up in the air.

Officials experimented on the water with a new added chemical to aid in removing sediment, silt, and other impurities in the water supply: aluminum chlorohydrate (ACH). It was due to replace the chemical known as ALUM that was regularly used to take the larger particles out of river water to treat it. Both chemicals weigh down the sediment to make it easily removable.

However, the addition of ACH to the city’s water supply wound up being ineffective as a treatment — so an excessive quantity of chlorine was added to the water, as well.

An astonishing failure, the combination of excess chlorine and aluminum chlorohydrate ended up yielding carcinogenic toxins known as “DBPs” — disinfection byproducts. Specifically, these are in the class of chemicals known as THMs, or Trihalomethanes.

According to Water Research, THMs are in the same chemical class as chloroform; and, although this water experiment ended about a year ago, the THMs remain in Sacramento’s water supply in levels that exceed EPA regulations. Several readings of THM levels provided to ABC10 exceeded 80 parts per billion, the EPA limit.

The ABC10 investigation says “data showing dozens of readings in excess of the EPA standard of 80 parts-per-billion during the year-long trial. In the Westlake neighborhood, near Sleep Train Arena, during a two-month period between August and October 2013, 11 of 13 readings were above EPA limits. Then in March of 2014, readings were way up across the city. Some people were drinking water with DBP levels above 130 parts-per-billion.”

Sacramento’s Utility Director, Bill Busath, told ABC10 the entire issue had to do with saving money: “There was an expectation that we would be able to save quite a bit of money.”

Bob Bowcock grew up working in the water treatment industry. His description, as reported by ABC10, is telling:

“This community was basically looked at as a laboratory guinea pig, in that they were exposed to violation level trihalomethanes for up to one year without any proper notification whatsoever […] Every corner you turn, on this particular project, it’s red flag, red flag, red flag. It’s like peeling back an onion. There is just another layer. The closer you get to the center, the stronger the smell.”

According to an ABC10 news report:

“Pregnant women and unborn babies, Bowcock said, are especially vulnerable to DBPs. In first trimester pregnancies, there’s a significant rise in miscarriages, and in third trimester there’s evidence of low birth weight,” he said, describing how the DBP-tainted water is even more dangerous when its mists are breathed in while showering or washing dishes.”

This isn’t the only  water contamination that affects greater Sacramento — Northside residents need to be aware that McClellan Air Force Base is rumored to be the source of contaminated water, as a “chromium plume” of groundwater contamination radiates from out from the base.

Our water, in other words, is polluted with cancer-causing chromium-6.

According to a June article from the Sacramento Bee:

“Water from six of 11 wells in the Rio Linda-Elverta district tested above the state’s maximum contaminant levels for chromium-6 […] Wells closest to the former McClellan Air Force Base have the highest levels of hexavalent chromium, or chromium-6, a known carcinogen […] Exposure to chromium-6 can lead to skin irritation, occupational asthma, and kidney and liver damage, according to the National Institute for Occupational Safety and Health.”

A woman from North Sacramento lamented: “I know [the water] gave me cancer.”

Rio Linda resident, Anna Marie Tomlinson, hasn’t touched her tap water in years — because she was the fourth person on her block to get cancer. “I drank it every day,” she said.

How do we allow officials to blindly add chemicals to our water supply? Unfortunately, most of us probably weren’t even aware the first chemical, ALUM, had been added to our drinking water — much less the insane chemical soup that resulted as a byproduct of this reckless experiment.

Editor’s note: If you were involved with or have any additional information on this experiment, please contact the author of this article (who lives in Sacramento and takes special interest in reporting further) at [email protected].