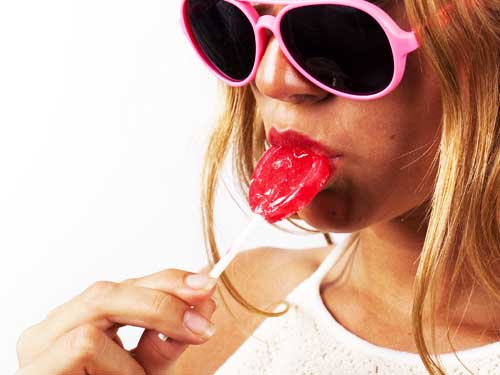 While some call prostitution the oldest profession, its getting a high tech, modern boost due to rising college tuition costs (no street corners involved).

More students these days are turning to so-called “sugar baby/sugar daddy” websites to get hooked up with older, rich “generous sponsors” to “help” them graduate college debt-free.

One of the largest Sugar Daddy/Baby sites, Seeking Arrangement, tagline: “Where beautiful, successful people fuel mutually beneficial relationships,” claims that more than one million college students have joined “for their Sugar Baby Scholarship”.

(Ew. I mean, come on, are they just trying to sound lecherous?)

In an interview with Sky News, Brandon Wade, the founder of SeekingArrangement.com denied it was an escort site but that it enabled “sugar babies” to “upgrade their lifestyle”.

He said sex was never expected, but it is aspired to and that the website had led to countless marriages worldwide.

“You want to find somebody who is well educated, who can provide for you financially, you know it’s sort of the Disney dream so to say,” said Mr Wade.

Yes. Because it’s the “Disney dream” to be 20 years old and pimping yourself out to someone old enough to be your grandfather so you can get through school without starting your adult life out in debt bondage.

On the other hand, so may people in their 20s and even 30s are still living at home with their parents these days anyway, it’s almost like whole generations are being conditioned to have older generations take care of them well into their adulthood, instead of the other way around. It is estimated now that half — that’s half — of 25 year olds in the US live with their parents, more than twice the figure from just 15 years ago.

Wade says the rising cost in tuition is causing a huge boom in the number of college students signing up for his site. And yes, it’s definitely about sex.

A married 62-year-old sugar daddy who is currently seeing four sugar babies told Sky News: “I wouldn’t be able to meet girls as young and as beautiful as this through an ordinary dating website”.

He also said that “sex is an integral part of the site”.

What led to this pathetic trend?

Part-time jobs aren’t cutting into rising college costs and there are less jobs to be had. More and more students are forced to take out loans just to make it through college these days. Take just the class of 2015, for example. The average student graduates $35,000 in debt. It takes most students at least 15 years to pay off this debt, and with less and less jobs available to those who have earned degrees, this situation can only get worse and will eventually lead to another debt bubble bursting no doubt. Just the total loan debt of all 2015 graduates was almost $70 billion. The total college loan debt in this country is over $1.3 trillion.

The top 20 US colleges with members on the site can be found here.

And here’s the site’s cheesy promo ad. The attempt to put a classy veneer on this situation is pretty hilarious.

“Attending college means you have the choice… take out loans and eat ramen, or get a sugar daddy and live the life you’ve always wanted,” the narrator says.

So… in other words…

If students want to go to college these days, unless they have rich parents, they can either take out college loans and basically end up a debt slave to central banks OR they can literally become a whore.

In other news, some 40,000 public school teachers are also reportedly supplementing their income as sugar babies on the site as well…