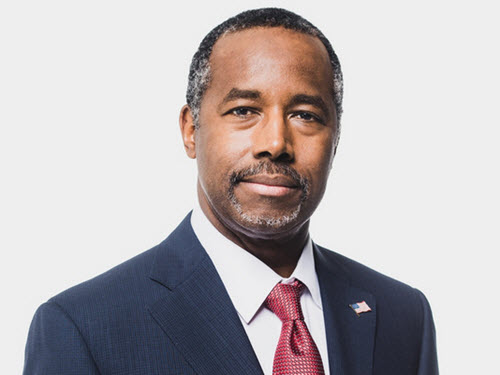 First of all, let’s be clear. All of the Republican candidates are controlled one way or another. They’re all phony in various ways. This isn’t to say Carson is somehow better than the rest of them. He’s not. They’re all b.s. used car salesmen who will go on to continue the agenda, same old same old. It’s just obvious the powers that be want Carson out, so a coordinated character assassination is underway.

Check the news. Ben Carson is all kinds of under attack this week as if he’s the worst GOP candidate we’ve got.

The latest is all about how he straight up lied about applying at, and being accepted into, the U.S. Military Academy at West Point — a key central part of his inspirational life story.

The academy has occupied a central place in Carson’s tale for years. According to a story told in Carson’s book, “Gifted Hands,” the then-17 year old was introduced in 1969 to Gen. William Westmoreland, who had just ended his command of U.S. forces in Vietnam, and the two dined together. That meeting, according to Carson’s telling, was followed by a “full scholarship” to the military academy.

West Point, however, has no record of Carson applying, much less being extended admission.

When presented with these facts, Carson’s campaign conceded the story was false.

Carson disputes this. He says his West Point offer was informal and says the whole thing is a witch hunt (which it obviously is), but it’s too late… it’s all over the press that he made the whole thing up.

This West Point thing is only the latest in Carson attacks to hit the press this week.

He’s also been mocked for standing by a bizarre claim the great pyramids in Egypt were built by the biblical figure Joseph to store grain.

And just yesterday, it was reported Carson said the founding fathers had “no elected office experience”.

CNN also questioned him for claims he made in his 1990 autobiography — that’s right, a book he wrote a quarter of a century ago — regarding his great transformation from a violent teen who once attacked a friend with a knife. Carson said he used fictitious names on purpose to protect the identities of those involved.

“They are so desperate looking for a scandal it’s almost comical,” Carson said. “What they should be concentrated on is how are we going to solve the problems that we have. They can waste all of their time digging but they’re just not going to find anything.”

The character assassination has begun. All of this, even if all it is true including lying about West Point, seems pretty piddly in comparison to some of the corruption oozing in a slimy snail trail behind some of these candidates. It that the best they’ve got on him as far as dirt goes? Kind of yawn-inducing.

But here’s the thing. All of this information was there to be had by anyone at any time, obviously. Most of these events are so long ago, in some Carson was a teenager.

Why, do you think, all of this is coming out now of all times?

Could it be because… er, I dunno… Carson is leading in the polls in Iowa, a key state, as we speak? Because Monday he was leading the entire GOP race according to a Wall Street Journal/NBC poll? Because another poll came out Wednesday saying he was likely stealing black voters from Hillary?

Considering how manipulated the media is just like everything else in this country, I’m gonna go ahead and guess that’s why. Seems like the West Point “lie” is the biggest scandal they’ve got so far.

As if none of the other GOP candidates or Hillary have never lied. Give us a break. They all lie. They’re politicians. Are their mouths moving? Probably lying.

Not that, by any means, I’d personally vote for Ben Carson. Of course he’s phony. He, along with Rubio, just backed the TPP aka Obamatrade. He’s also been spotted sucking up to billionaire Sheldon Adelson just like almost all of them eventually do.

Then again, I wouldn’t vote for any of these slick suits. American elections are all a complete sham anyway. If I did bother to waste my time voting and submitting to this broken system, it’d be for Trump actually, the guy actually saying the stuff people want to hear right now. Not because I actually believe him, but only because it’d be the most entertaining option to watch for four years. In reality, if he’s even true to his word on half the stuff he says, he’d probably go the way of JFK or be paid off to change his mind. But am I still naive enough to believe my vote “counts” or do I “hope” it will “change” anything? Hell no.

Ben Carson, on the other hand, is… milk toast. Kinda like watching paint dry. The fact that he’s leading in polls kind of surprises me actually. I think people are getting pretty desperate.

However, for those who still somehow believe in this corrupt, bought-out, entirely manipulated dog and pony show, I’ve got to admit I’ve actually seen ‘Ben Carson for President’ bumper stickers on the backs of cars in real life. I’ve never, not one time this whole year (not even during a road trip across the entire state of Texas), seen a Jeb! sticker on anything.

The bottom line is that Carson is an enemy to the unofficial American dynasty candidates. And that’s why he must be eliminated, Herman Cain-style. Are we going to find out Carson cheated on his wife next? If they’ve got pictures, you know what’s about to make headlines…

Do I hope Jeb tanks as bad as it looks like he has been lately? Yes, yes I do. Do any of us want to be stuck with the creeping horror of a Jeb vs. Hillary presidential election? It’s the stuff of nightmares, truly. But with Jeb’s family and connections, he won’t go without taking a whole lot of candidates with him one way or another… His daddy even had a ghost book written and released recently and is doing press tours just to try and boost Jeb. But getting rid of Carson is mutually beneficial to both the Bush and Clinton camps.

You know somewhere the Bushes and Clintons are sitting on files inches thick on every single candidate they have to run against. 2016 is nearing. Looks like the time has come to start picking them off, one-by-one.