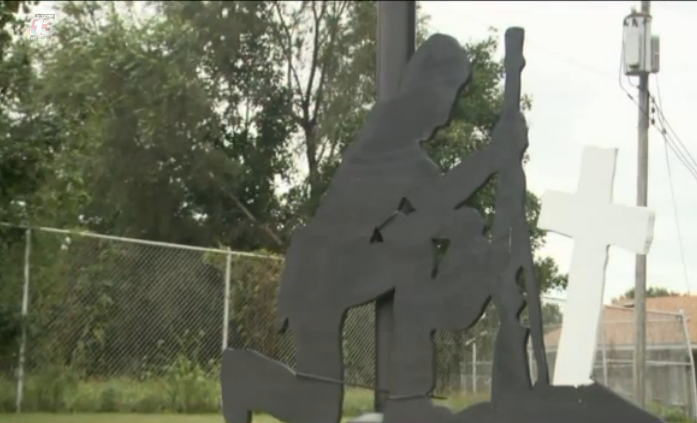 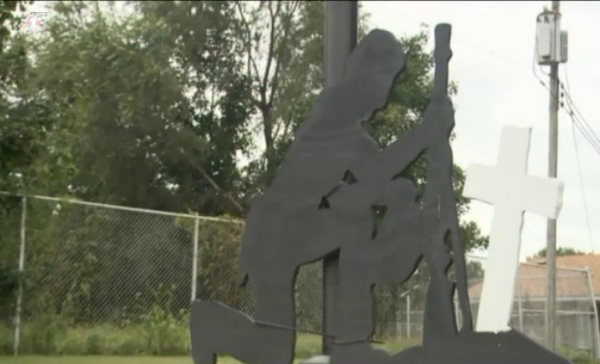 Have you had the feeling that your elected representatives were not representing you? Of course, you have. We have all felt that way and not just when we were represented by those against whom we voted. But, if you could, would you remove them? Most of us would not resort to such drastic measures, but one city has.

Members of a city council in Iowa voted Monday to remove a veterans memorial that included a cross from a local park, and in turn, members of the community voted on Tuesday to remove the council members from office.

The issue is over a cross and the group Americans United for Separation of Church and State. They felt that the monument, which was erected by a private citizen in a public park, was illegal. They believe that since there is a cross grave marker in the monument that the monument violates the alleged Separation Clause of the Constitution.

The demand resulted in an uprising within the community, including a rally in support of the monument. But on Monday, council members voted 3-2 to have the memorial relocated to private property across the street and replaced with another display. April Verwers, Carolyn Formanek and David Roozeboom all voted against the memorial, while Dawn Allspach-Kline and Tim Pitt voted in favor of it.

In turn, on Election Day Tuesday, residents voted for Verwers and Formanek’s opponents, booting them from office. Roozeboom did not seek re-election.

This meant that the city council had a choice. They could remove the monument, or they could face a trial. Most cities have faced this prospect and have caved rather than risked the city paying hefty legal fees. But Knoxville citizens did not want the monument removed.

“We warned them multiple times if they let our town down they would be voted out,” Allison Schmitz of Stop the Insanity posted online this week. “They didn’t listen, and look, the people have spoken!”

Some would say that the city was being unreasonable. The council knows better what the city can afford and what it cannot. What does it matter anyway? It is not like people cannot be Christian, why does this monument mean so much to the people? Well, it might have to do with freedom. And they had warned the council.

“I think they needed to listen to the constituents along with the rallies,” newly-elected council member Rick Kingery told local television station KCCI. “The people put out 2,000 wooden crosses across town. That is a huge number. People wanted their voices heard, and they were not listened to.”

And this is the point. People in our country are getting tired of being ignored. They are sick of being told that they just do not understand the issue or the Constitution. They are tired of laws, restrictions and the dismantling of the country they know and love.

Finally, the Christian can chant: “Power to the people!”