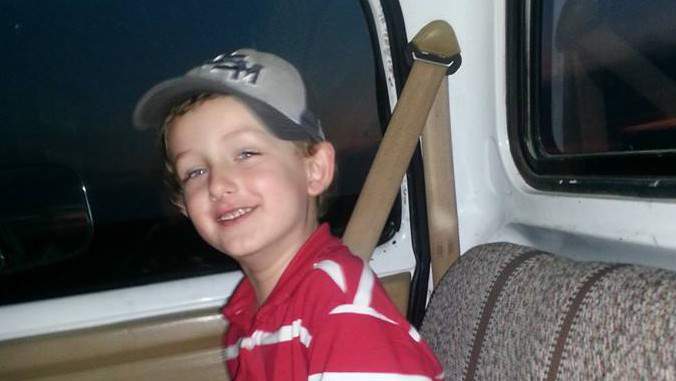 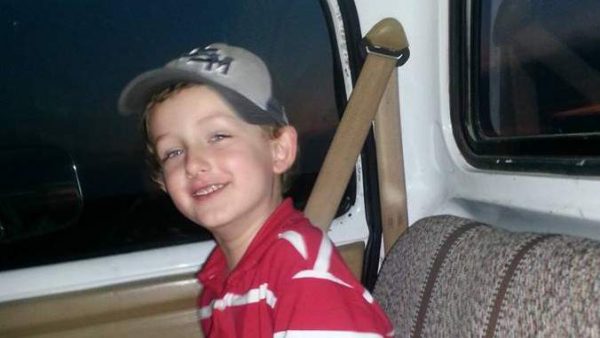 Marksville, LA — “We took some of the body cameras’ footage — let me tell you something — I’m not gonna talk about it, but I’m gonna tell you this: it is the most disturbing thing I’ve seen. And I will leave it at that,” said Louisiana State Police Superintendent Col. Mike Edmondson in a press conference late Friday. “Tonight is about the death of Jeremy Mardis. Jeremy Mardis — six years old,” he added, sternly shaking his head. “He didn’t deserve to die like that — and that’s what’s unfortunate.”

Two of four officers, Lt. Derrick Stafford (32) and Officer Norris Greenhouse, Jr. (23), who shot and killed an autistic 6-year-old boy in a largely unexplained incident — which also critically wounded the child’s father — have each been charged with second-degree murder and attempted second-degree murder, and were arrested as Friday came to a close.

In a statement to the press announcing the charges, Edmondson appeared to be seething behind a controlled cadence when he attempted to describe what he’d seen in body camera footage collected from the November 4th shooting. Of at least 18 rounds unleashed on the pair by two officers’ guns — five of those rounds hit first-grader Jeremy Mardis in the head and chest, and an unknown number hit 25-year-old Christopher Few in the head, leaving him comatose and as yet unaware of his child’s death.

“Seventy-two hours. And 72 hours later [after the shooting], and I’m here to make the following announcement. Nothing is more important than this badge that we wear on our uniform — the integrity of why we wear it,” Edmonds admonished, pointing to his badge. “Because the public — the public allows us to wear that. It’s not a right — it’s a privilege. And tonight, that badge has been tarnished by these two individuals.”

Two other officers, Lt. Jason Brouillette and Sgt. Kenneth Parnell, also involved in the incident, have thus far refused to speak with any officials regarding their involvement, but have each given superficial written statements. Stafford, Brouillette, and Greenhouse were moonlighting for the Ward 2 Marshal, while Parnell functioned as an officer for the Marksville Police Department at the time of the shooting.

Though specific information detailing the timeline leading up to the shooting remains spotty, at best — and officers’ reasons for killing a first-grader have been laughably implausible — those details that have been disclosed will infuriate you.

What led the four officers to pursue and then gun down Few and his young passenger isn’t entirely clear — but no weapon was found in or near the vehicle, and deputy marshals’ claims they had a warrant have yet to be substantiated. According to the coroner’s report, all of the gunfire appeared to come from outside Few’s vehicle on the driver’s side. Officers’ claims of Few backing up in an attempt to assault them also remain unproven.

City Marshal Floyd Voinche Sr. — a school bus driver serving in that position for the past 12 years, who lacks any certified law enforcement training — sits at the heart of an ongoing, eyebrow-raising dispute over jurisdiction. Marksville Mayor John Lemoine said Voinche had acquired patrol cars and had begun issuing citations within city limits, including traffic tickets, about three months ago — without proper authority or permission from city council to do so.

“We have reason to believe that the Ward 2 Marshal is issuing tickets inside city limits without consent or approval of the Marksville City Council,” Lemoine stated. “We understand why State Police can issue tickets without the approval of Marksville City Council, but we are asking if the Ward 2 Marshal has the authority to issue tickets within the city limits without [that] approval.”Lemoine also told The Guardian, “I don’t know why he felt the need to start patrolling in city limits. It makes no sense to me.”

The city even asked, “Can someone in an unmarked vehicle issue tickets?”

In fact, Marksville Police Chief Elster Smith, Jr., puzzled over the same jurisdictional questions, though he agreed with Voinche that all four officers involved in the shooting had received certified Peace Officer Standards and Training (POST). Smith said he hadn’t previously had issue with his officers working part time jobs as long as that work didn’t interfere with their regular duties.

One person, Few’s reported girlfriend Megan Dixon, seemed to have a feasible theory for why the incident occurred: Few had been involved in an ongoing dispute with one of the marshals involved in the shooting, as she told the Guardian. She also interrupted the original press conference regarding the shooting several times to say she’d witnessed events and knew Few did not have a firearm — and then demanded to know how a six-year-old child could be mistaken as a threat.

“We won’t shoot to disable a vehicle,” David explained. “If [the subject] is putting the officer’s life in danger or someone else’s life in danger, [officers] can fire at them.”

District Attorney Charles Riddle explained a conflict of interest “because of the relationship of one of the accused […] and one of our assistant district attorneys” meant his office would be filing to recuse itself from prosecuting the case.

Further still, Stafford and Greenhouse are named as part of a pending lawsuit by resident Ian Fridge about a violation of his rights, stemming from events on Independence Day in 2014, in which the officers “taunted and antagonized him, pinned his arms behind his back, handcuffed him, and used a taser on him.” According to the suit as reported by The Advocate, one officer jeered, “You’re not a local boy, are you?”

Edmondson stated to the press that the investigation entailed collecting as much evidence as possible — including “countless” witness interviews, forensic evidence, body camera footage, and 911 audio tapes — and that the department had used “all means at our disposal” in order to conclude the need for charges against Stafford and Greenhouse. He pled with viewers who might have information to come forward and offer a statement to facilitate the ongoing investigation.

Something that has not been discussed — though indisputably at the heart of the entire shooting — cannot be more imperative to keep in mind before anyone attempts justifying Jeremy Mardis’ death.

Whether Few taught his young son to look up to and respect the police or to view them with caution and suspicion — the last realization six-year-old first-grade student Jeremy Mardis likely had speaks to the tragic and violent turn our country has taken of late:

As his consciousness trickled away, Jeremy felt either utter betrayal that someone in authority felt inexplicably justified to shoot and kill him, or hisworst fears about cops were confirmed in the bullets stealing his young life. But regardless which explanation you choose, a six-year-old met his fate in a state of terrified confusion — and possibly even innocent guilt, wondering what he’d done to deserve a sentence of death.

But it’s all about the kids, right? Go ahead and try your damnedest to justify that.