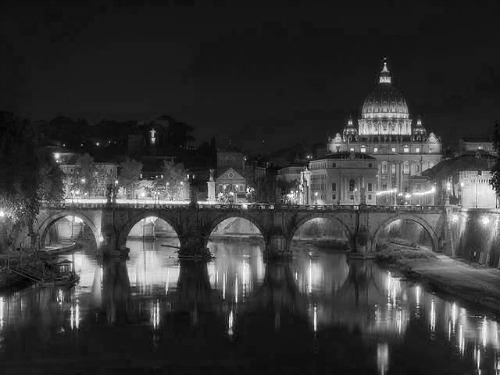 According to the latest document leaked in the Vatileaks scandal, Vatican-owned properties near the Italian parliament and Piazza Barberini are being used as saunas and “massage parlours” where priests go to pay for sex.

For some people, that might actually be considered a shocking claim.

Hints of this were exposed two years ago, as The Independent reports:

Two years ago it emerged the Vatican had purchased a €23m (£16m) share of a Rome apartment block, 2 Via Carducci, which housed the Europa Multiclub, Europe’s biggest gay sauna. Tales of visiting priests were legion, and a section of the sauna’s website promoting special “bear nights” included a video of a hirsute man stripping down and changing into a priest’s outfit.

Cardinal Tarcisio Bertone, who held the Vatican’s purse strings under the previous Pope Emeritus Benedict, was said to have been behind the purchase of the block of flats in 2008.

The current document singled out the Congregation for the Propagation of the Faith, a Vatican department that owns hundreds of exclusive properties in Rome worth millions. The buildings were referred to as “peppercorn rents” (defined as “a merely nominal rent in kind operating to keep alive a title”) that were being leased cheaply as favors to “powerful colleagues”.

These claims threaten to expose people in the upper echelons of the corrupt global political food chain.

The confidential Vatican documents were reportedly leaked by a Vatican mole. Two people, a high-ranking Vatican monsignor and a laywoman, have been arrested in connection with a probe into the leaked documents, which Pope Francis has denounced as a “crime”.