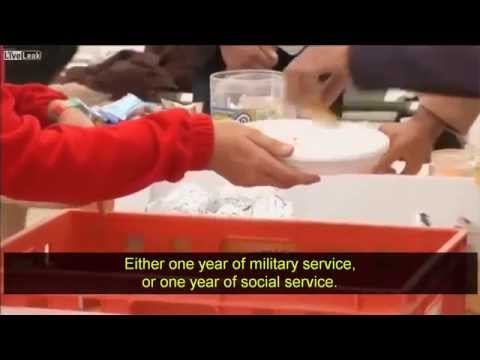 “Not only will German children be forced to serve the Muslim migrants their education will suffer as well,” Breitbart, November 9, 2015

The German interior minister has announced his intention to drop educational standards in the country to help migrants get into school or find a training place.

One of the greatest barriers to integration for new migrants is access to jobs, which in highly developed Germany requires a qualified workforce — something which newcomers almost entirely are not.

To counter this problem federal interior minister Thomas de Maizière has said the standards long exacted at state run schools will have to be dropped, as the system struggles to provide for the tens of thousands of new, unplanned-for pupils .

Rapidly growing class sizes as Germany’s young population balloons and the number of teachers and classrooms available fails to catch up are now officially accepted as a fact of life by the German government. Former staff are to be brought out of retirement to teach German to migrants, and present staff are being asked to work extensive unpaid overtime, reports News4Teachers.de.

Standards of physical education have already fallen considerably in Germany, as hundreds of school and university gyms are filled with camp beds and turned over to migrants

Advocating dropping the high educational standards that have helped Germany’s highly skilled workforce to flourish, Thomas de Maizière said education should be more “improvised with common sense” to help migrants. He said he hoped the change wouldn’t be a “permanent lowering of standards”, and recruiting more teachers would allow the country to return to balance.

With 20,000 new teaching positions needing to be created, such change is likely to be extremely expensive for the German taxpayer.

What effect on the German labour market and wage levels the introduction of potentially thousands of foreign competitors with artificially inflated qualifications was not explored by de Maizière in his speech.

It is little wonder the German state is having to go to such extraordinary lengths to roll out education to migrants as they arrive from around the world. According to leaked internal government documents reported on by Breitbart London last month, 81-per-cent of arrivals to the country in the coming year will have absolutely no educational or vocational qualifications whatsoever.

With so many young men arriving who have never seen the inside of a classroom, the government has already anticipated a knock-on effect on the unemployment rate. Anticipating a 400,000 rise in the claimant count from just migrant arrivals, the federal employment agency has pre-empted the growing stresses on the system by appealing to the government for more staff and money.

These changes would echo those already observed in Austria, which has just posted the latest unemployment figures, showing steep rises in areas most effected by the migrant crisis. Statistics showed foreign born adults were twice as likely to have become unemployed over the past year as natives workers.