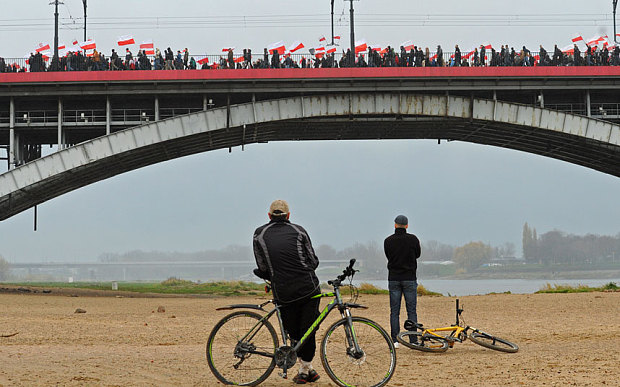 They will not go quietly.

Tens of thousands of protesters poured into Warsaw’s streets on Wednesday for a demonstration organised by the far right, marching under the slogan “Poland for the Polish” and burning an EU flag.

Police said 25,000 people joined the march, which marked the anniversary of Poland’s return to independence after the Second World War, while organisers put the numbers at 50,000.

“God, honour, homeland,” chanted the protesters as they marched under a sea of red-and-white Polish flags.

Demonstrators trampled and burned a European Union flag at one point, while a banner added to the anti-EU theme with the slogan “EU macht frei” (“Work makes you free” in German), a reference to the slogan over the gates at Auschwitz.

“Yesterday it was Moscow, today it’s Brussels which takes away our freedom,” chanted one group of protesters. 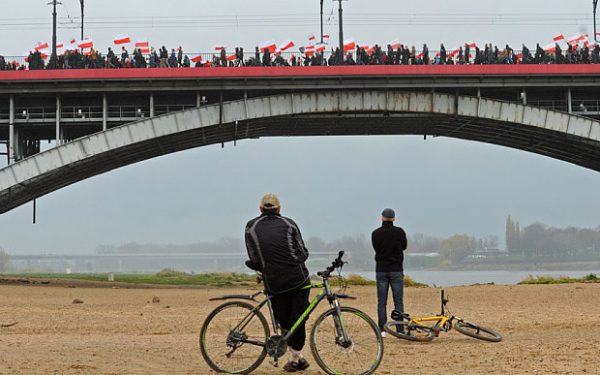 Poland is returning to conservative rule after eight years of centrist government, following the Law and Justice (PiS) party’s landslide election victory last month on a platform playing strongly on fears over the European migrant crisis. 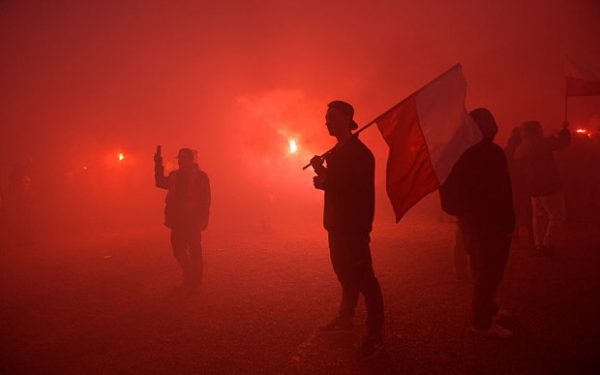 Polish nationalists light flares in front of the National Stadium during the ‘March of Independence’ under the slogan ‘Poland for the Poles, the Poles for Poland’, which is part of Polish Independence Day celebrations in Warsaw Photo: EPA

Several thousand riot police officers were deployed for the protest, which was punctuated by numerous firecrackers and smoke bombs but otherwise went off peacefully.