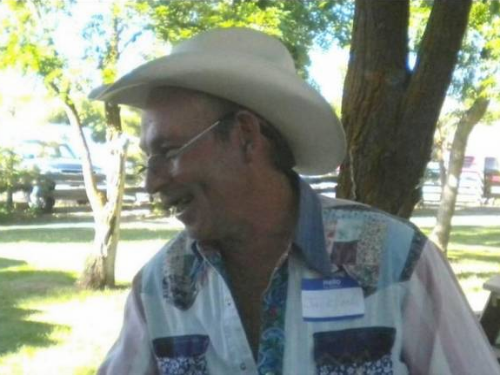 When the death of Idaho rancher Jack Yantis was first reported, the details surrounding his case were sparse. According to the police, one of his bulls had escaped his property before getting hit by a station wagon on Highway 95. The irate bull was charging at emergency responders and police officers, who were trying to help the injured passengers that were still in the car. So the police decided to contact Yantis, and asked him to take care of his animal.

Yantis showed up to the scene with his rifle as Adams County deputies were preparing to put the bull down. An altercation ensued between Yantis and two deputies, who eventually shot him. He was pronounced dead at the scene, and his wife suffered a near fatal heart attack after hearing the news.

That was the official timeline of events when this story first broke last week. However, that account neglects the fact that Jack’s wife and nephew witnessed the entire incident, and they’ve recently released a very different version of what happened.

Rowdy Paradis, Yantis’ nephew, said that when he arrived at the scene of the accident he found the bull lying in the grass near the driveway of the ranch. Yantis told Paradis to get a rifle so he could put the bull out of its misery, but meanwhile the two deputies at the scene opened fire, wounding the bull but failing to kill it. When Yantis pointed his rifle at the bull’s head to end its suffering, Paradis said, a deputy grabbed him from behind, spun him around, and grabbed the rifle. The rifle may have gone off during the scuffle, and both deputies opened fire, killing Yantis.

Yantis’ wife, Donna, who had a heart attack after witnessing the shooting, confirmed her nephew’s account in a video recorded at the hospital. After the shooting, she said, the deputies “threatened me and my nephew, Rowdy Paradis, threw us on the middle of Highway 95, searched us and handcuffed us, and wouldn’t let us go take care of Jack.” The deputies would not let anyone euthanize the bull either. “The bull ended up lying there for two hours,” Paradis said, “suffocating in his own lung blood because they shot him in the gut.”

According to Jack’s wife, they didn’t do anything to help him as he lay dying in the grass. His nephew has gone on to say that the officers had a “smug and almost celebratory” attitude as they retrieved the rifle from his body.

When this story first broke, it was frequently referred to as a “shootout,” and one of the deputies claimed that he was “grazed” by a bullet. One of the family friends who was present for the shooting has called that claim a lie, saying “there was no blood, no torn thread, no powder burn… nothing.” This was no shootout. It was as Jack’s daughter described it, “a senseless murder.”

And as is typical in these cases, there may be no video evidence of the altercation. The dash cams for the squad cars were not turned on, and while the police have said that the officers were carrying body cameras, nobody knows if they captured the death of Jack Yantis. This story sounded pretty bad last week, but as more facts and testimonies are presented to the public, it just keeps getting worse.